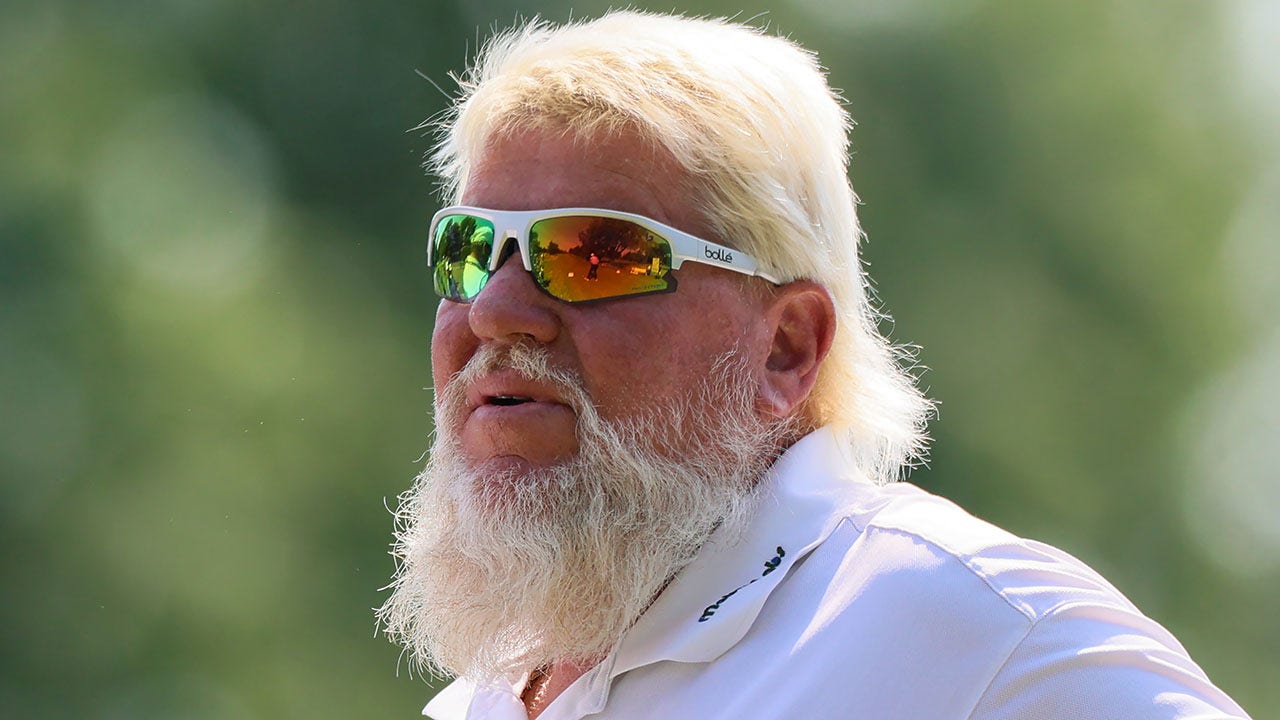 PGA Tour golfer John Daly gave his fans an update after undergoing knee surgery, saying he’s “up and running” as he looks forward to rest and recovery.

Daly, 56, shouted out his doctor and staff at Arkansas Surgical Hospital that helped with the successful surgery in an Instagram post.

John Daly looks on from the first tee during the first round of the PGA Championship at Southern Hills Country Club on May 19, 2022, in Tulsa, Oklahoma.
(Ross Kinnaird/Getty Images)

Just last week, Daly was playing in the father-son PNC Championship, which he won with John Daly II last year. But he announced that he had to undergo a knee replacement on his left knee right after participating.

Daly delayed his surgery so that he could play in the event and try to hold on to his title with his son.

The same move was done by Tiger Woods, who participated in the PNC Championship with his 13-year-old son, Charlie. Woods has been recovering from injuries after a car crash in Los Angeles in 2021, but he didn’t mind delaying that to play with his son.

John Daly drives his cart to the 17th hole during the second round of the PGA Championship at Southern Hills Country Club on May 20, 2022, in Tulsa, Oklahoma.
(Christian Petersen/Getty Images)

The Dalys finished in second place, losing by two strokes to Vijay Singh and his son, Qass. It was their first win in 16 tries since they began playing at the championship.

During the tournament, the elder Daly did tell Golf Channel that Daly II would “be the horse” while he was “in the saddle” due to the knee replacement needing to get done.

The hope is Daly can make a full recovery from the knee surgery and continue playing on tour. The two-time major champion has been playing between the PGA Tour and PGA Champions Tour.

John Daly follows his shot from the 6th tee during the final round of The Ally Challenge at Warwick Hills Golf and Country Club in Grand Blanc, Michigan, on Aug. 28, 2022.
(Amy Lemus/NurPhoto via Getty Images)

Daly also said in August that he “begged” Greg Norman to let him join LIV Golf.

Scott Thompson is a sports writer for Fox News Digital.