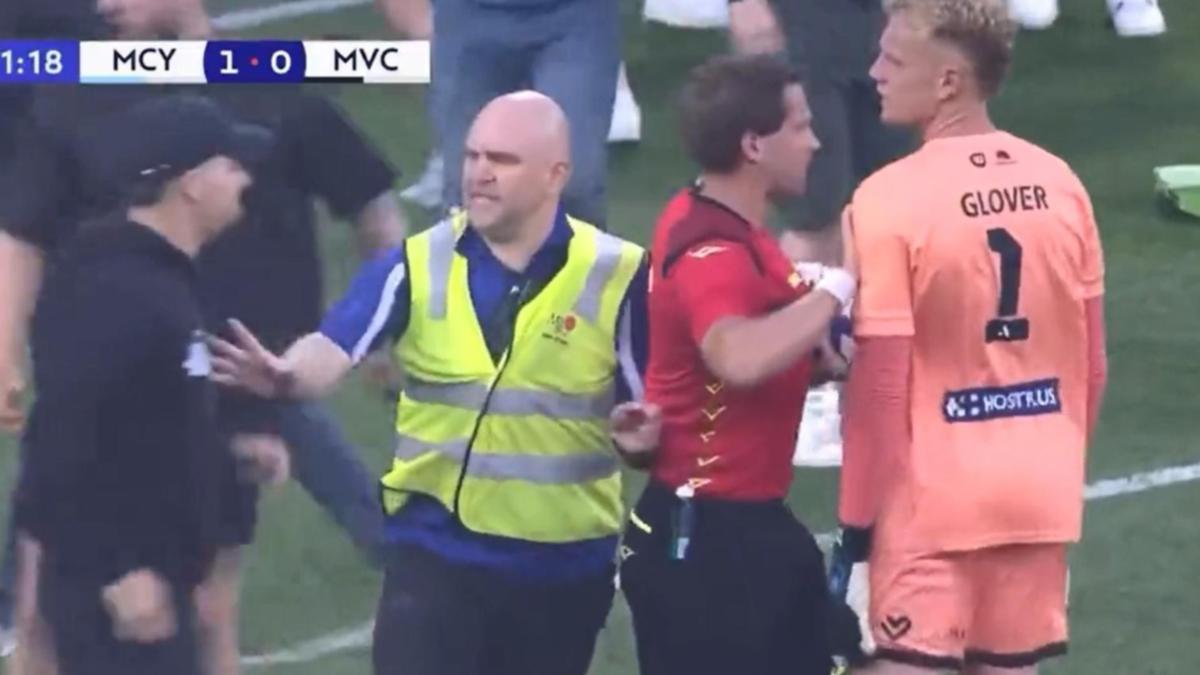 Professional Footballers Australia CEO, and Matildas legend, Kate Gill says she was “heartbroken” by the sickening attack on Melbourne City goalkeeper Tom Glover adamant that he should be supported and in no way cop any blame.

Glover sustained a concussion and required stitches when a section of Victory supporters invaded the pitch and attacked him after he had thrown a flare back into the stands midway through the first half, forcing Saturday’s derby to be abandoned.

Ground security at AAMI Park has been questioned given everyone was aware that protests were planned following the decision to award Sydney the next three grand finals.

Gill, who is now co-chief executive of PFA, says that’s up to the relevant authorities to work through, and was quick to rubbish any suggestions that Glover deserved some of the blame for throwing the flare back at Victory fans.

Heavy sanctions are expected to be handed out to the club, with offenders set to be banned from ever attending a football match in Australia ever again.

“I think we should be focusing on supporting Tom and making sure he’s okay throughout this entire process,” Gill tolf NCA NewsWire.

“Regardless of the decisions that were made that may have resulted in what happened on the weekend, it’s devastating to see that happen in our game.

“There were a lot of conflating circumstances that led to the events. The security and the protocols are a measure for the Victory, Vic Pol and AAMI Park.

“My main concern was for the players on the pitch and the courage shown by those players and the match officials and the camera people to support each other and to get everyone off the pitch after everything that had eventuated.”

Gill was devastated by what happened and says the association will support Glover and the other players impacted by the violent scenes.

“It was great to see the players go to Tom and support him to get him away from the scene” she said.

“It was one of those incidents that we were all hoping wouldn’t happen, and the concern was managing to get everyone off the pitch to make sure they’re okay.

“We’ll just stay close with the players and remind them of the resources and help that’s available to them through the PFA.”

Amid ongoing fallout Gill said the game was about creating a “welcoming, safe and an inclusive environment” and the scenes in Melbourne should never be repeated.

“As a former player, I was pretty heartbroken to see what eventuated,” she said.

“With my other hat on with my role with the PFA, I was looking at the risks to the health and safety of the players on that pitch. The events were simply unacceptable.

“As a former player, you never want to see that happen. Our sport is meant to be welcoming, safe and an inclusive environment for those who want to go there.”