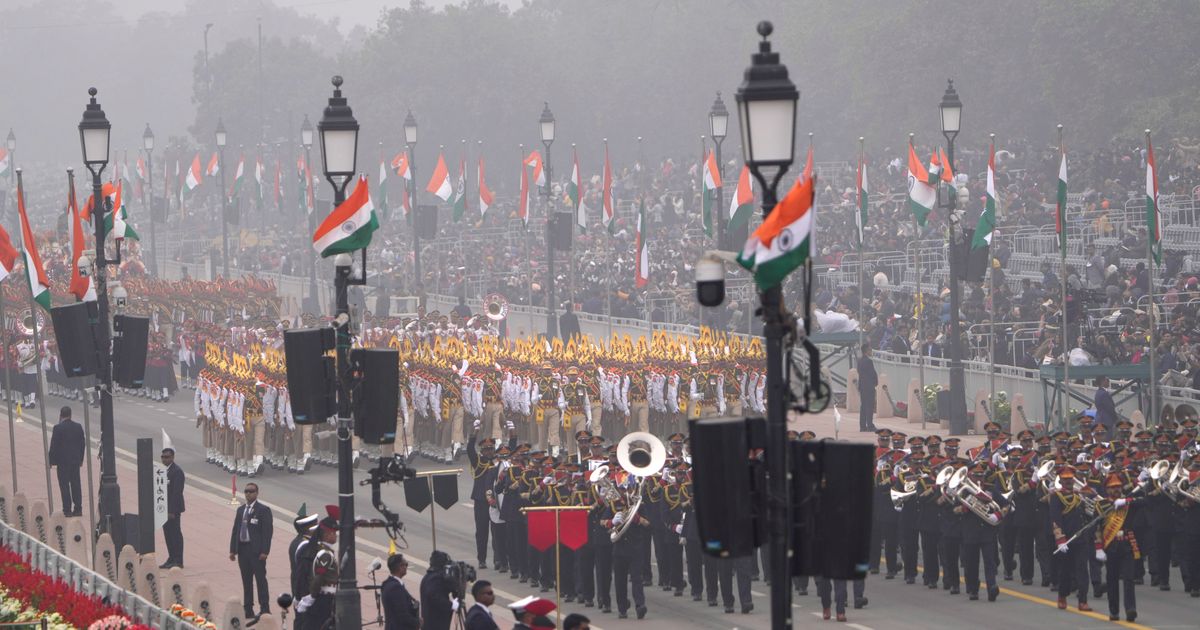 NEW DELHI (AP) — Tens of thousands of people endured a winter chill and mist on Thursday as they gathered to watch a parade in the Indian capital showcasing the country’s defense capability and cultural heritage on a newly revamped ceremonial boulevard.

Egyptian President Abdel Fattah El-Sissi looked on as an official guest at India’s Republic Day event, which marked the anniversary of the adoption of the country’s constitution on Jan. 26, 1950, nearly three years after it won independence from British colonial rule.

A 144-member band and marching contingent from the Egyptian Armed Forces also joined battalions of the Indian military and police in the parade.

Scores of women, men, schoolchildren and folk dancers in colorful dresses performed cultural and fusion dances down the boulevard amid big cheers from the crowd.

Howitzer guns, tanks, supersonic cruise missiles, anti-tank missiles and armored personnel carriers were displayed at the parade, with hundreds of men from police and military battalions marching along. Stunt performers on motorbikes also joined from the presidential palace.

Other participants included a camel-mounted regiment with its mustachioed riders led by a shiny brass band with tubas.

Rajpath Avenue, built by India’s former British rulers, was redeveloped as part of India’s 75th-anniversary celebrations of independence the past two years. It is lined on both sides by huge lawns, canals and rows of trees, and has been renamed “Kartavayapath” (Boulevard of Duty).

Workers who helped refurbish the boulevard, their families and maintenance workers were seated in front of the main dais during the parade as part of this year’s theme: “Participation of the Common People.”