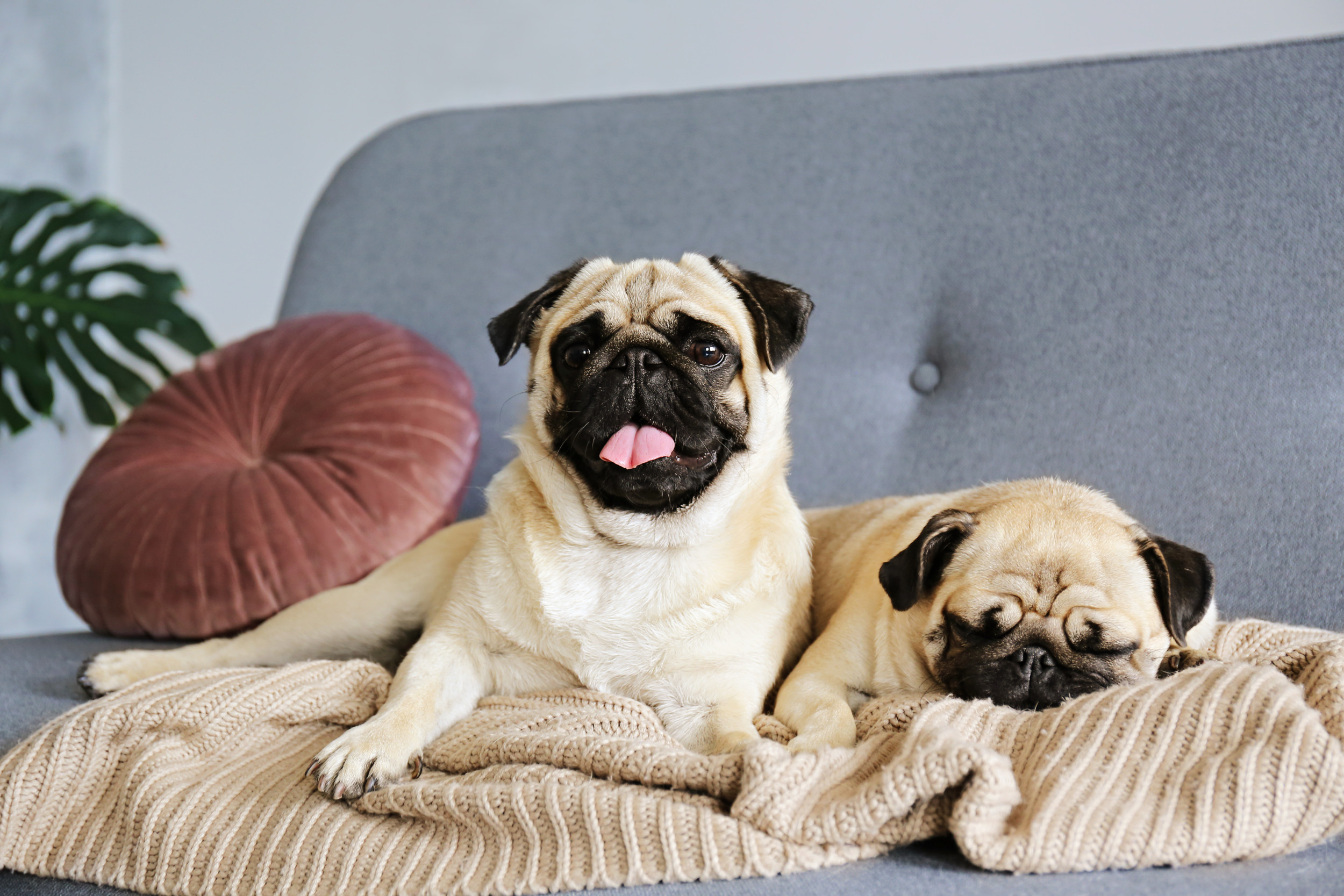 A video shared by a pug sanctuary has melted thousands of hearts online, after showing a pug named Stella pointing her ears back while enjoying her breakfast.

Bubblebecca Pugs is located in Cheshire, England and its viral TikTok video has quickly become the sanctuary’s most-viewed post to date.

The TikTok post shows a large group of pugs gathered together in a room shortly after their breakfast time.

Rebecca Drake, sanctuary manager and long-time dog rescuer, told Newsweek: “I run the pug sanctuary from my home in Cheshire.”

The video pays particular attention to one pug, Stella, who shows off her unique ear movements which Drake says she does every day after eating her breakfast.

Since being posted to the social media platform on January 20, the video by @BubbleBeccaPugs has had over 480,000 views and over 90,000 likes.

“WHY ARE THEY ALL LICKING EACH OTHER,” one TikTok user commented underneath the video.

“Because dogs naturally lick one another and look after themselves,” Drake responded.

One amused TikTok user wrote: “How’s it feel to live my dream?”

“The one dog getting all he can eat breakfast buffet out of the one dogs ears,” another user said.

According to pet search database Petfinder: “As breed specialists, purebred rescue groups know what to expect in terms of personality and temperament and even what medical problems dogs of that breed might be prone to suffer. This knowledge helps them to make successful placements.” The dogs are also likely to receive a more specialized level of care in these environments.

Pugs have a reputation for being high-maintenance pups. For aesthetic purposes, the breed has often been bred unethically, which has resulted in pugs being more susceptible to genetic health conditions than other types of dogs.

According to the American Kennel Club, like other flat-faced breeds, pugs too can experience uncomfortable breathing difficulties and abnormalities which are often exacerbated by extreme weather conditions.

A paper published in Canine Medicine and Genetics in 2022 revealed that brachycephalic obstructive airway syndrome (BOAS) was the disorder with the highest risk in pugs. Findings concluded that the breed is almost 54 times more likely to have the condition than other dogs.

“This reflects the common respiratory difficulties experienced by flat-faced (brachycephalic) breeds due to their extreme flat faces,” the study by the Royal Veterinary College, U.K. found.

Do you have funny and adorable videos or pictures of your pet you want to share? Send them to life@newsweek.com with some details about your best friend and they could appear in our Pet of the Week lineup.