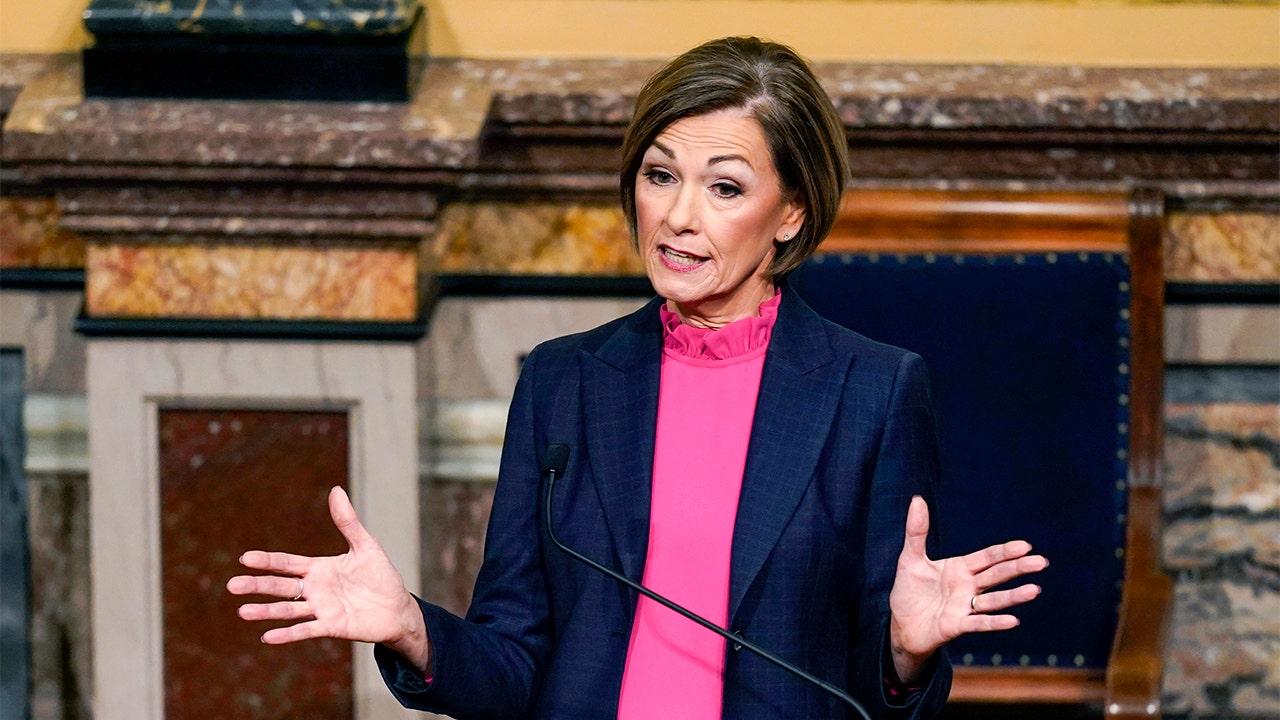 On Monday, the Republican-controlled Iowa Legislature passed an expansive school choice proposal championed by the governor. Gov. Kim Reynolds – who is the leader of the Republican Governor’s Association and has fought for education freedom for years – signed the bill Tuesday.

Much like Arizona’s policy, Iowa’s education savings account bill allows families to take their children’s state-funded K-12 education dollars – about $7,600 per student – to the education providers of their choosing. Most Iowa families are eligible in the first two years – and then, in the third year, all families become eligible.

This victory makes Iowa the third state to enact a universal school choice policy. The bill passed the GOP-led Senate by a vote of 31 to 18. The House passed the bill 55 to 45. Last year, the Iowa House had enough so-called Republicans who opposed their own party’s platform to block a similar proposal, even after immense pressure from Gov. Reynolds, who held up the budget and legislative session until after the 110th day.

Although Iowa took the bronze medal – behind Arizona and West Virginia – when it came to timing, Gov. Reynolds and the Iowa Republican legislators won the school choice sprint. Arizona’s education savings account program took over a decade to go from a means-tested program launched in 2011 to universal in 2022.

FILE – Iowa Gov. Kim Reynolds delivers her Condition of the State address before a joint session of the Iowa Legislature, on Jan. 11, 2022, at the Statehouse in Des Moines, Iowa. Reynolds is introducing herself to the nation by delivering the Republican response to President Joe Biden’s State of the Union address. (AP Photo/Charlie Neibergall, File)
(AP Photo/Charlie Neibergall, File)

West Virginia also has its foot on the accelerator. In 2021, Republicans passed an education savings account program initially available to all families who had children who wished to switch out of public schools. Like Iowa, West Virginia’s law allows the program to automatically expand over time – with full universality achieved in just a few years.

2021 was dubbed “the year of school choice,” but 2023 may give it a run for its money. Anti-school-choice candidates learned that opposing parental rights in education can be a form of political suicide. Seventy-six percent of the candidates supported by my organization won their races in 2022, and we took out 40 of the 69 incumbents that we challenged. Red states are now engaging in friendly competition to empower all families with school choice this session.

Utah’s House recently became the first legislative chamber of the year to pass a universal school choice bill. The GOP-controlled chamber passed the Utah Fits All Scholarship Program with a commanding supermajority, 54 to 20. The bill is now heading to the Senate floor after passing the chamber’s education committee 7 to 2 on Monday.

Texas Gov. Greg Abbott campaigned on school choice, and said that – this session – we’re going to “see a stronger, swifter, more powerful movement advocating school choice than you’ve ever seen in the history of the state of Texas.” During Gov. Abbott’s inauguration last week, Lt. Gov. Dan Patrick said “the governor and I are all-in on school choice” and that “we are going to pass school choice.” Being one of the biggest states in terms of population – second to only California – a Texas victory would be the crown jewel of parental empowerment.

On behalf of Gov. Jim Pillen, Nebraska Senator Linehan introduced a school choice bill last week with bipartisan support and 31 cosponsors, just two names short of the two-thirds majority needed to overcome a filibuster in the state’s unicameral legislature. The South Carolina House and Senate separately passed education savings account bills last year before stalling – and the push has already reignited at the capitol with a similar bill passing their Senate education committee.

Oklahoma’s new superintendent of public instruction, Ryan Walters, said after his successful runoff election, “What we’ve seen tonight is a mandate from Oklahoma voters. Governor Stitt’s education vision and school choice is going to happen in the state of Oklahoma.” Arkansas Gov. Sarah Huckabee Sanders came out swinging in support of school choice – and Indiana and Ohio are also on the cusp of unlocking education freedom for all this year.

Florida – a longtime national leader on school choice – has provided some families with private school choice options for over two decades, but the state still hasn’t unleashed education freedom for all. That may soon change, though, as House and Senate leadership have backed a bill – Florida House Bill 1 – sponsored by Representative Kaylee Tuck and other Republicans. Gov. DeSantis is also a strong supporter of parental rights in education – owing, in part, his narrow gubernatorial victory in 2018 to “school choice moms.”

As Florida’s House Speaker, Paul Renner, said last week on social media, “Almost 25 years ago, under the direction of Gov. Jeb Bush, Florida became a leader in educational freedom and opportunity by starting the school choice movement. It’s time to finish the job. The Florida House is dedicated to expanding choice to every student in Florida.”

Perhaps Florida will reclaim its school choice crown this session. I hope so. This is the kind of friendly competition I can get behind. Ultimately, it will lead to empowering more American families with the freedom to choose the education that works best for their children.

Arizona was just the first government school monopoly domino to fall. More education freedom will come, and there’s nothing the power-hungry teachers unions can do to stop it.

Corey A. DeAngelis is National Director of Research at the American Federation for Children and Adjunct Scholar at the Cato Institute.