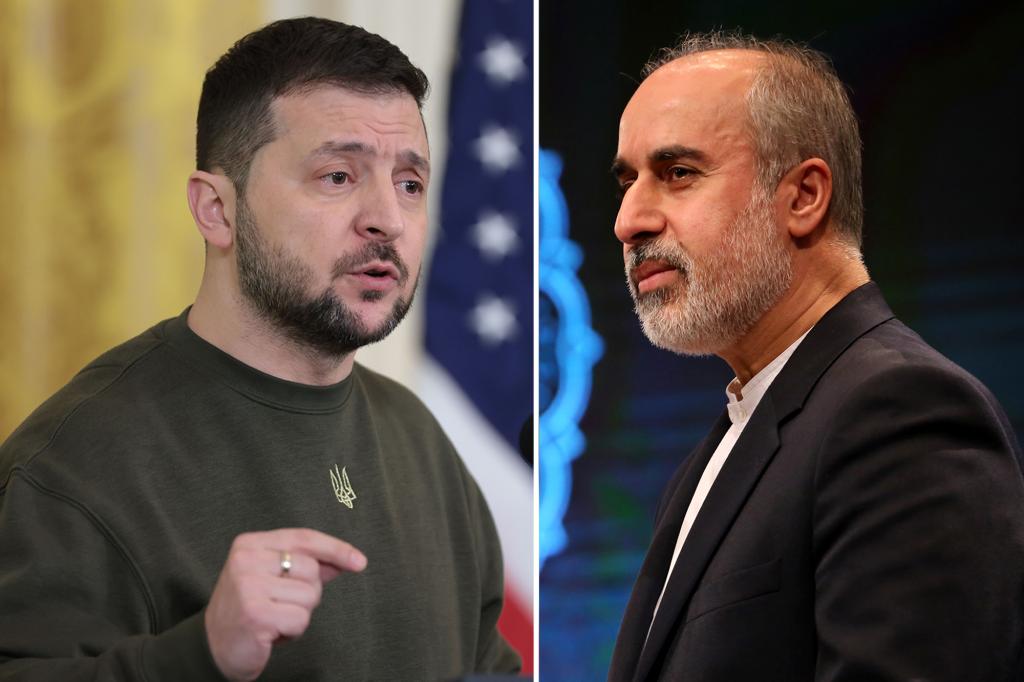 The Iranian regime issued a threatening statement a day after Ukrainian President Volodymyr Zelensky accused Tehran of supplying Russia with hundreds of deadly drones for use on the battlefield in Ukraine.

Zelensky made the claim during his speech to a joint meeting of Congress on Wednesday. An Iranian official denied the accusation on Thursday and warned that the regime’s “patience” for such allegations isn’t “endless.”

“Mr. Zelensky had better know that Iran’s strategic patience over such unfounded accusations is not endless,” Iranian Foreign Ministry spokesman Nasser Kanaani said in a message posted to the ministry’s website.

Kanaani added that Zelensky should “draw a lesson from the fate of some other political leaders who contented themselves with the US support.”

The Ukrainian president accused Russia on Wednesday of finding a “genocidal” ally in Iran as the former Soviet state continues its airstrikes against Ukrainian infrastructure.

“When Russia cannot reach our cities by its artillery, it tries to destroy them with missile attacks,” Zelensky told congressional lawmakers during a pitch for more US aid for the Ukrainian war effort. “More than that, Russia found an ally in its genocidal policy — Iran.”

“Iranian deadly drones, sent to Russia in hundreds, became a threat to our critical infrastructure,” he added. “That is how one terrorist has found the other. It is just a matter of time — when they will strike against your other allies, if we do not stop them now.”

In October, the White House accused Iran of selling Russia about 1,000 Shahed-136 kamikaze drones at the end of August, dozens of which have been deployed across Ukraine, according to US officials.

“We can confirm that Russia’s military personnel that are based in Crimea have been piloting Iranian [drones,] using them to conduct strikes across Ukraine, including strikes against Kyiv,” National Security Council spokesman John Kirby said. “In just recent days, we assess that Iranian military personnel were on the ground in Crimea and assisted Russia in these operations.”