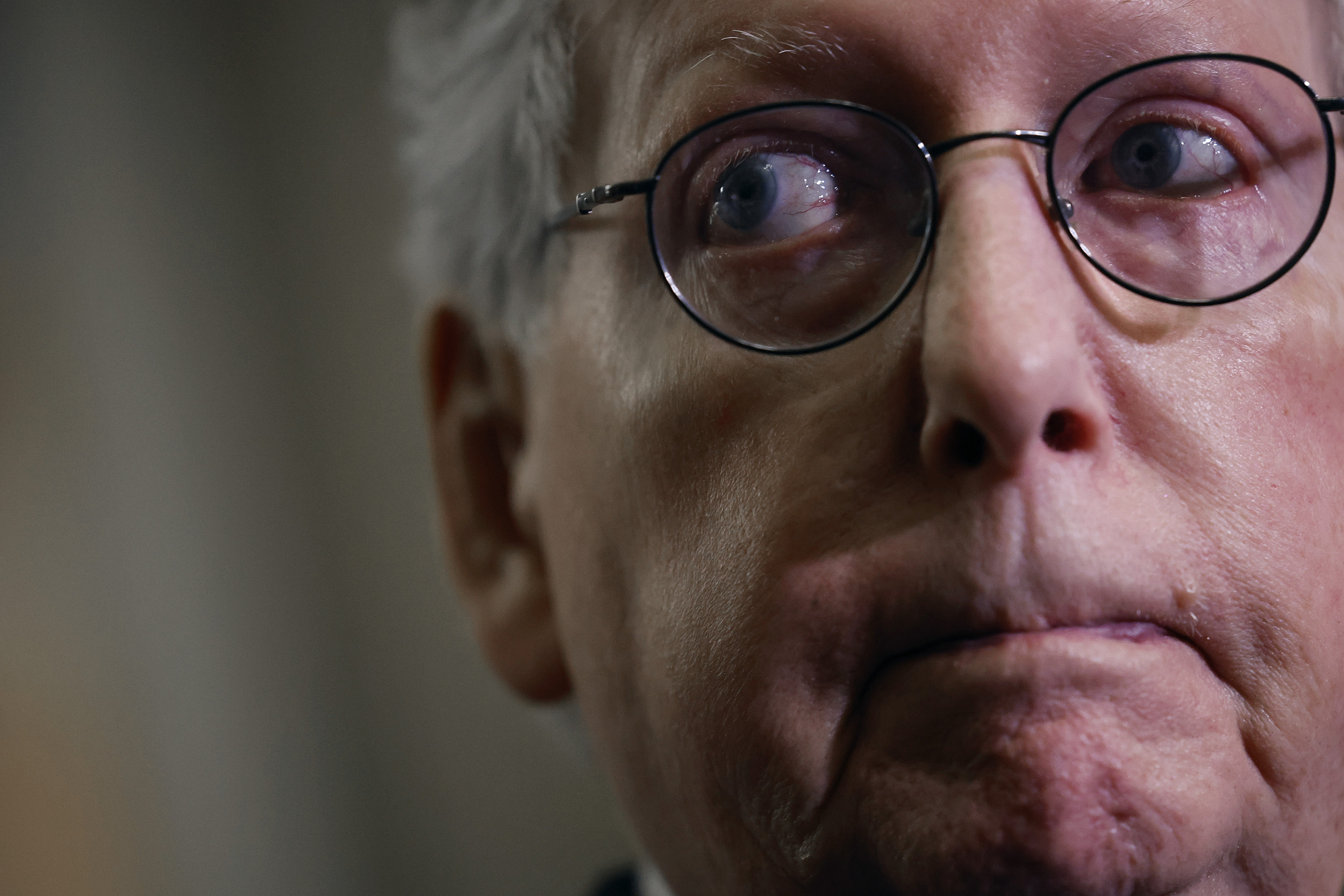 After the messy election of California Representative Kevin McCarthy as House Speaker, Senate GOP leader Mitch McConnell no longer finds himself on the front lines of the Republican Party’s battles against the Biden administration.

The changing role of the Senate Minority Leader has been partially confirmed by McConnell himself, who on Monday announced that Senate Republicans will take a back seat in negotiations on raising U.S. debt ceilings. This is not to say that McConnell will step away entirely from the fight, Newsweek has been told—rather that he is adopting a more strategic posture.

The Biden administration is trying to get the House to raise the current $31.4 trillion borrowing limit—the total amount of money that the government is authorized to borrow to pay all of its existing bills. This debt ceiling was hit on January 19, leaving the country at risk of defaulting on any of its financial obligations.

Treasury Secretary Janet Yellen has urged congressional leaders to come to an agreement to raise the debt ceiling as soon as possible, warning that a default might come as soon as June.

But House Republicans have so far been reluctant to approve a “clean” debt ceiling, raising the threat that the U.S. economy may be heading towards a crisis.

Despite the growing risk to the country’s economy, McConnell and the GOP Senate leadership—who have negotiated previous deals to raise the debt ceiling—are now letting the more radical Republican House take the negotiating reins.

“I’m waiting to see the House move and lead, and we’ll follow it,” North Carolina Senator Thom Tillis—also a member of McConnell’s team—said.

“Ultimately, I think it’s going to have to be negotiated between the House and the White House,” Texas Senator John Cornyn said.

The Senate Republicans’ decision to let the new House GOP majority find a way out of the impasse with the White House on its own is a way of underscoring the “new power order,” the report said.

McConnell himself has simply expressed confidence in the fact that the country “won’t default,” as he told CNN on Monday. Newsweek has contacted McConnell’s team for comment.

While McCarthy may now be at the forefront of the Republicans’ negotiations with the Biden administration, his position in the GOP hierarchy is by no means more secure—nor more powerful—than that of McConnell.

It took the California Republican 15 rounds of votes before convincing the “Taliban 20” Republican hardliners to support his bid for the speakership, and controlling them now that he’s their leader is likely to remain a challenge.

One of the concessions made by McCarthy to the Republican hardliners opposing his election was the motion to vacate, allowing one single House Republican to call for a vote to fire their leader.

“What you’ve got in the House is, in my opinion, a divided Republican Party. You’ve got the “Taliban 20″ ripping through the room like lunatics,” Michael Tappin, a U.S. expert and honorary fellow at Keele University in the U.K., told Newsweek.

Meanwhile, McConnell—who as a senator has “immense power, immense resources, and visibility,” according to Tappin—remains the longest-serving Senate leader in the history of the chamber.

“I think he may well be an arbiter, he’ll be an arbitrator,” Tappin said, considering McConnell’s future within the GOP.

“McCarthy’s got real problems within his own party in the House, and you’ve got to remember that the Republicans only have a majority of nine in the House at the moment. All you need is a couple to slip over, and he’s got a problem,” he said.

McConnell will take a back seat on the issues that will likely emerge in the House while being “a sensible supporter of McCarthy,” said Tappin.

Tappin believes that in the next two years McConnell will “only get involved when he feels he has to, either from a presidential level, like a Supreme Court nomination, or an ambassador’s nomination,” he said.

“The rest of the time, I think he’ll seek to manage the Senate, trying to manage McCarthy and work with Biden where he thinks this to his advantage and the Republican Party’s advantage. He’s a politician.”