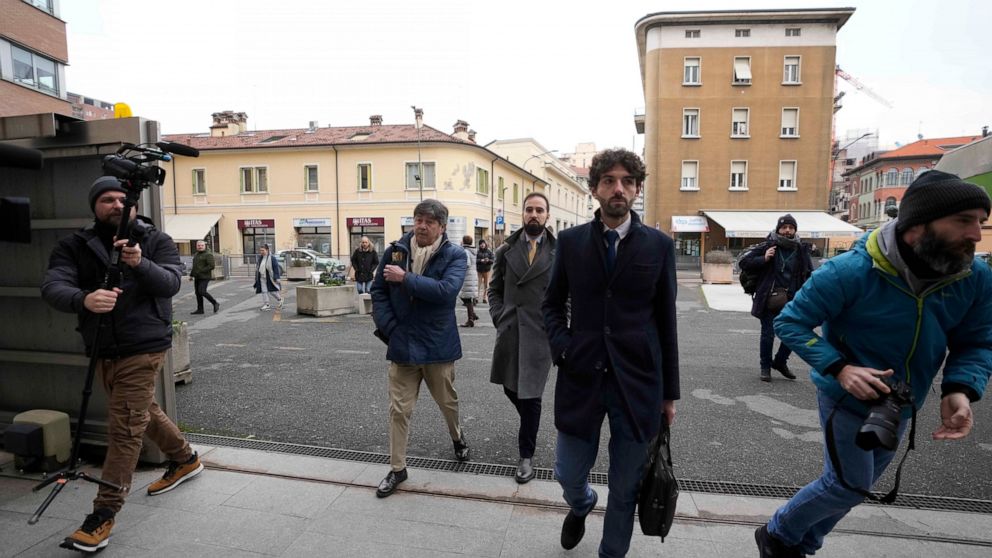 BRESCIA, Italy — An Italian court said Tuesday that it will seek information on prison conditions in Belgium before ruling on whether to turn over a woman for possible trial in Brussels in an influence-peddling scandal that has rocked the European Parliament.

Sylvia Panzeri, a lawyer by training, is being sought to face charges of participating in a criminal group, corruption and money laundering in Brussels. But prosecutor Umberto Vallerina said that her hearing in the northern city of Brescia has been delayed until Jan. 3 pending a report by the Italian Justice Ministry.

A panel of judges accepted the defense motion to seek documentation via the Italian justice minister on whether Belgian prison conditions are acceptable and comply with human rights conventions possibly including a fact-finding mission.

Prison staff in Belgium regularly complain about chronic personnel shortages, low pay and poor conditions. Some prisons in the capital Brussels have been hit by strikes every Wednesday over the past few weeks. Police officers are called in to assist in some instances.

Panzeri, 38, is the daughter of ex-EU deputy Antonio Panzeri, who has been held in a Belgian prison for over a week on suspicion that he accepted cash or gifts to try to exert political influence at the EU parliament on behalf of Qatari or Moroccan representatives.

Italian judges ruled on Monday that her mother, Maria Dolores Colleoni, could be handed over to Belgian authorities on an arrest warrant that cited her role in managing the gifts from Qatar and Morocco.

She and her daughter share a legal team, which made an identical request to verify prison conditions for Colleoni, but it was not accepted by a different panel of judges on Monday, lawyer Angelo de Riso said.

Antonio Panzeri and three other people were charged Dec. 9 with corruption, participation in a criminal group and money laundering. Belgian prosecutors are investigating if they “were paid large sums of money or offered substantial gifts to influence parliament’s decisions.”

The corruption allegations are at the heart of one of the biggest scandals to hit the European Parliament. Lawmakers last week suspended work on Qatar-related files and vowed to toughen lobbying laws. Qatar vehemently denies its involvement. The Moroccan Foreign Ministry declined to comment on Tuesday.

Sylvia Panzeri and her mother face five years in prison if found guilty of participation in a criminal group, corruption and money laundering, according to the warrants. Both are under house arrest at their home near Bergamo.

Colleoni denied the accusations contained in the arrest warrant, seen by the Associated Press, while addressing the court on Monday. After deliberating for five hours, the judges delivered a detailed decision to turn her over at the request of Belgian authorities.

Defense lawyer Nicola Colli said Tuesday that the defense will appeal the court’s decision to Italy’s highest court on her behalf, strengthened by the decision to investigate the state of Belgian prisons in her daughter’s case.

Former European Parliament vice president, Eva Kaili, remains in custody in Belgium awaiting a hearing on Thursday. Her term in office was terminated by EU lawmakers last week. Her partner, Francesco Giorgi, a parliamentary adviser, is also in jail.

Niccolo Figa-Talamanca, secretary-general of the non-governmental organization No Peace Without Justice, was also charged over the affair. He has been released from prison but must wear an electronic monitoring bracelet.

Tarik El-Barakah in Rabat, Morocco, contributed to this story.