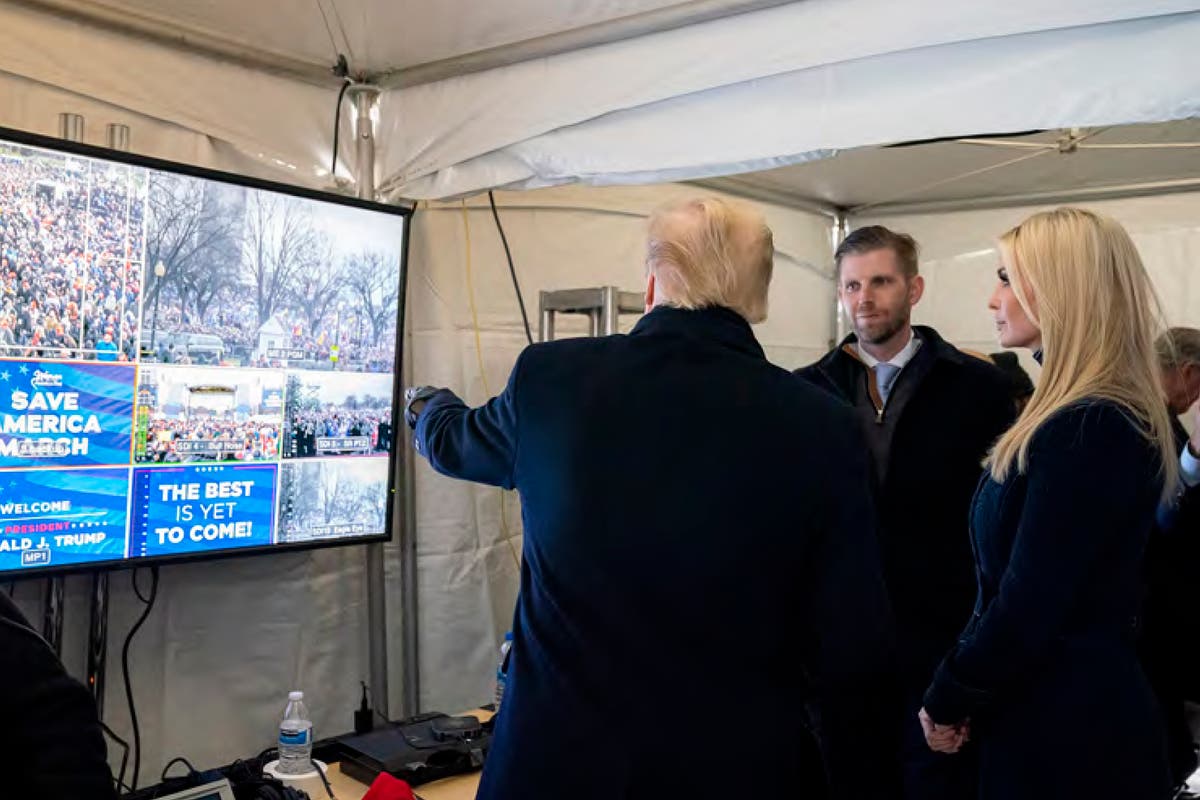 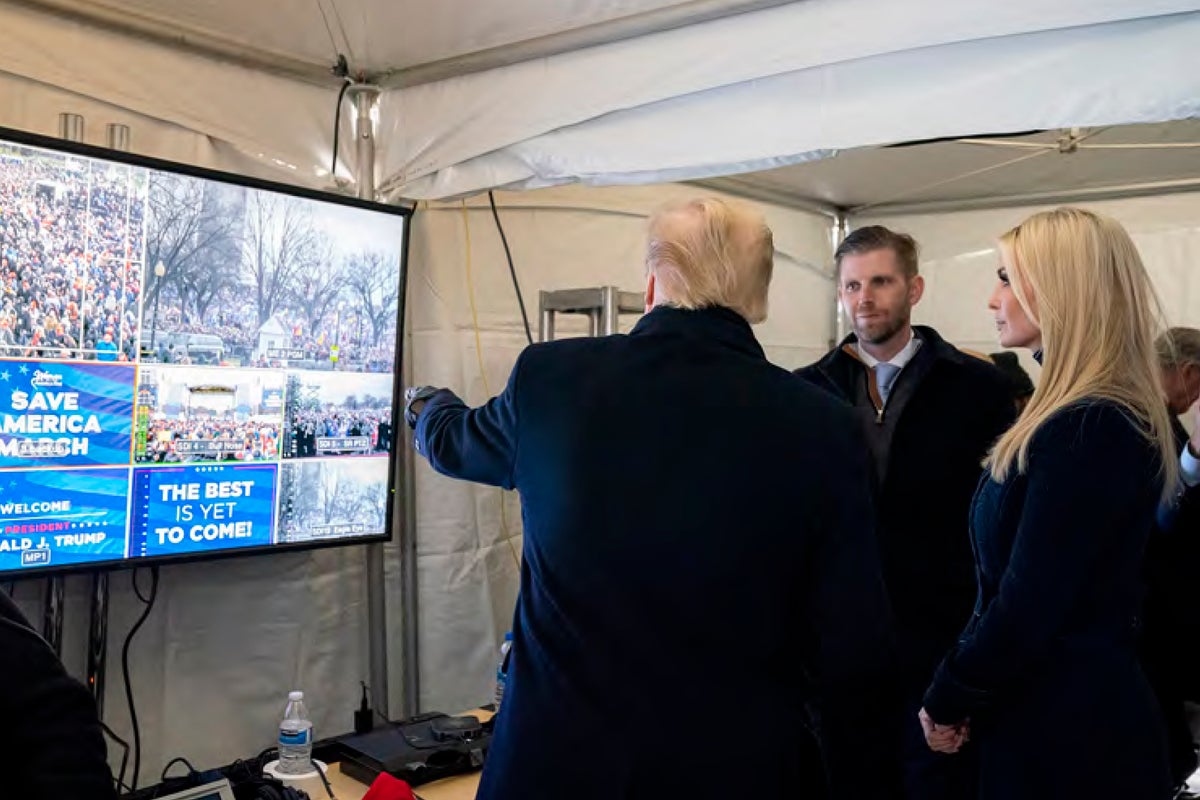 The violence that unfolded during the January 6 attack on the Capitol, and former president Donald Trump’s refusal to call for it to stop, left his eldest daughter shaken to the point where it was noticed by other White House staffers, the House January 6 select committee report has revealed.

According to the nine-member panel’s final product, Ms Trump told investigators she had tried to reason with her father to convince him to intervene when it became known that a riotous mob of his supporters was attacking police officers and ransacking the seat of the American legislature as they disrupted Congress’ quadrennial certification of electoral college votes.

At one point, Ms Trump needed to cloister herself in the West Wing office used by her husband, Jared Kushner — who like her was an unpaid adviser to Mr Trump — “because she needed to ‘regroup’ and collect herself”.

The report identified testimony from “multiple” witnesses who backed up Ms Trump’s version of events, many of whom said she personally tried to push her father to step in and order the mob of his supporters to disperse.

At least one witness told the panel Ms Trump was “visibly upset” after emerging from speaking with her father, and appeared as if she’d had a “tough conversation” with him.

She did convince him to tweet at followers to “stay peaceful”, and the report notes she tried to get him to elaborate on that message throughout the riot.

An ex-aide to Mark Meadows, Cassidy Hutchinson, told the panel she remembered Ms Trump saying how “she wanted her dad to send them home”.

“She wanted her dad to tell them to go home peacefully, and she wanted to include language he wasn’t necessarily on board with at the time,” Ms Hutchinson added.

The committee described what transpired that day as the culmination of a “a multipart plan to overturn the 2020 presidential election” and said the evidence collected over the course of its probe “led to an overriding and straight forward conclusion,” that the “central cause” of the attack was “was one man, former President Donald Trump, whom many others followed”.

“None of the events of January 6th would have happened without him,” the committee said.