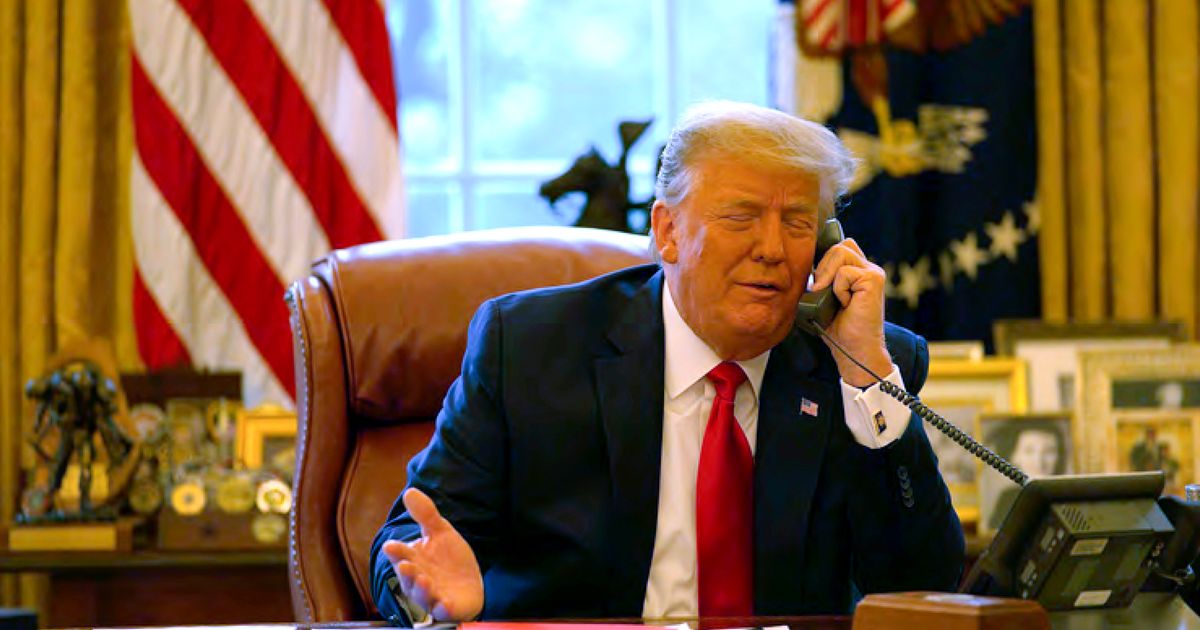 WASHINGTON (AP) — The House Jan. 6 committee released its final report Thursday on the “unimaginable” 2021 attack on the U.S. Capitol, a mob assault by supporters of the defeated president, Donald Trump, that shook the nation and exposed the fragility of American democracy.

The 814-page account provides a gripping narrative of Trump’s monthslong effort to overturn the 2020 presidential election, and spells out 11 recommendations for Congress and others to consider to bolster the nation’s institutions against any future attempts to incite insurrection.

The panel set out to compile a record for history. Along with the report, it is releasing dozens of witness transcripts from its more than 1,000 interviews with startling new details. This week, it made an unprecedented criminal referral of a former U.S. president for prosecution.

“The President of the United States inciting a mob to march on the Capitol and impede the work of Congress is not a scenario our intelligence and law enforcement communities envisioned for this country,” he said. “Prior to January 6th, it was unimaginable.”

From the “Big Lie” of Trump’s November 2020 election night claims of a stolen election to the bloody Jan. 6, 2021, siege, the report spells out the start and finish of the mob attack that played out for the world to see.

It details how Trump and his allies engaged in a “multi-part” scheme to overturn Joe Biden’s presidential election victory — first through court challenges, then, when those failed, by compiling slates of electors to challenge Joe Biden’s victory.

As Congress prepared to convene Jan. 6 to certify the election, Trump summoned a mob to Washington for his “Stop the Steal” rally at the White House.

“When Donald Trump pointed them toward the Capitol and told them to ‘fight like hell,’ that’s exactly what they did,” Thompson wrote. “Donald Trump lit that fire. But in the weeks beforehand, the kindling he ultimately ignited was amassed in plain sight.”

After blockbuster public hearings, the report and its accompanying materials are providing more detailed accounts of key aspects of the Trump team’s plan to overturn the election, join the mob at the Capitol and, once the committee began investigating, pressure those who would testify against him.

Among dozens of new witness transcripts was Thursday’s release of a previously unseen account from former White House aide Cassidy Hutchinson detailing a stunning campaign by Trump’s allies encouraging her to stay “loyal” as she testified before the panel.

The report said the committee estimates that in the two months between the November election and the Jan. 6 attack, “Trump or his inner circle engaged in at least 200 apparent acts of public or private outreach, pressure, or condemnation, targeting either State legislators or State or local election administrators, to overturn State election results.”

The report also details Trump’s inaction as his loyalists were violently storming the building.

One Secret Service employee testified to the committee that Trump’s determination to go to the Capitol put agents on high alert.

“(We) all knew … that this was going to move to something else if he physically walked to the Capitol,” a unidentified employee said. “I don’t know if you want to use the word ‘insurrection,’ ‘coup,’ whatever. We all knew that this would move from a normal democratic … public event into something else.”

Once the president arrived back at the White House after delivering a speech to his supporters, he asked an employee if they had seen his remarks on television.

“Sir, they cut it off because they’re rioting down at the Capitol,” the staffer said, according to the report.

Trump asked what that meant, and was given the same answer. “Oh really?” Trump then asked. “All right, let’s go see.”

The report makes 11 recommendations for Congress and others to safeguard American democracy and its tradition of the peaceful transfer of presidential power from one leader to the next.

The first, an overhaul of the Electoral Count Act, is on its way to becoming law in the year-end spending bill heading toward final passage this week in Congress.

The committee also made recommendations to the Justice Department to prosecute Trump and others for conspiracy to commit fraud on the public, and other potential charges. It also referred the former president for prosecution for “assisting and providing aid and comfort to an insurrection.”

Other changes may be within reach or prove more elusive. Among them, the report recommends beefing up security around key congressional events, overhauling oversight of the Capitol Police and enhancing federal penalties for certain types of threats against election workers.

One recommendation is for Congress to create a formal mechanism to consider barring individuals from public office if they engage in insurrection or rebellion under the Fourteenth Amendment. It holds that those who have taken an oath to support the Constitution can be disqualified from holding future federal or state office if they back an insurrection.

The Jan. 6 committee was created after Congress rebuked an effort to form an independent 9/11-style commission to investigate the Capitol attack. Republicans blocked the idea.

Instead, Speaker Nancy Pelosi led the House to form the committee. In her introduction to the report, she said it “must be a clarion call to all Americans: to vigilantly guard our Democracy.”

Led by Thompson and Vice Chair Liz Cheney, R-Wyo., the panel’s work is intended to stand as a record for history of what happened during the most serious attack on the Capitol since the War of 1812.

Five people died in the riot and its aftermath, including Ashli Babbitt, a Trump supporter shot and killed by police, and Brian Sicknick, a police officer who died the day after battling the mob.

Cheney noted the committee decided most of its witnesses needed to be Republicans — the president’s own team and allies. In the report’s foreword, she wrote that history will remember the “bravery of a handful of Americans” and those who withstood Trump’s “corrupt pressure.”

For all of them, the committee and report held personal weight.

Thompson, a Black leader in Congress, noted that the iconic U.S. Capitol, built with enslaved labor, “itself is a fixture in our country’s history, of both good and bad … a symbol of our journey toward a more perfect union.”

Follow the AP’s coverage of the Capitol insurrection at https://apnews.com/hub/capitol-siege