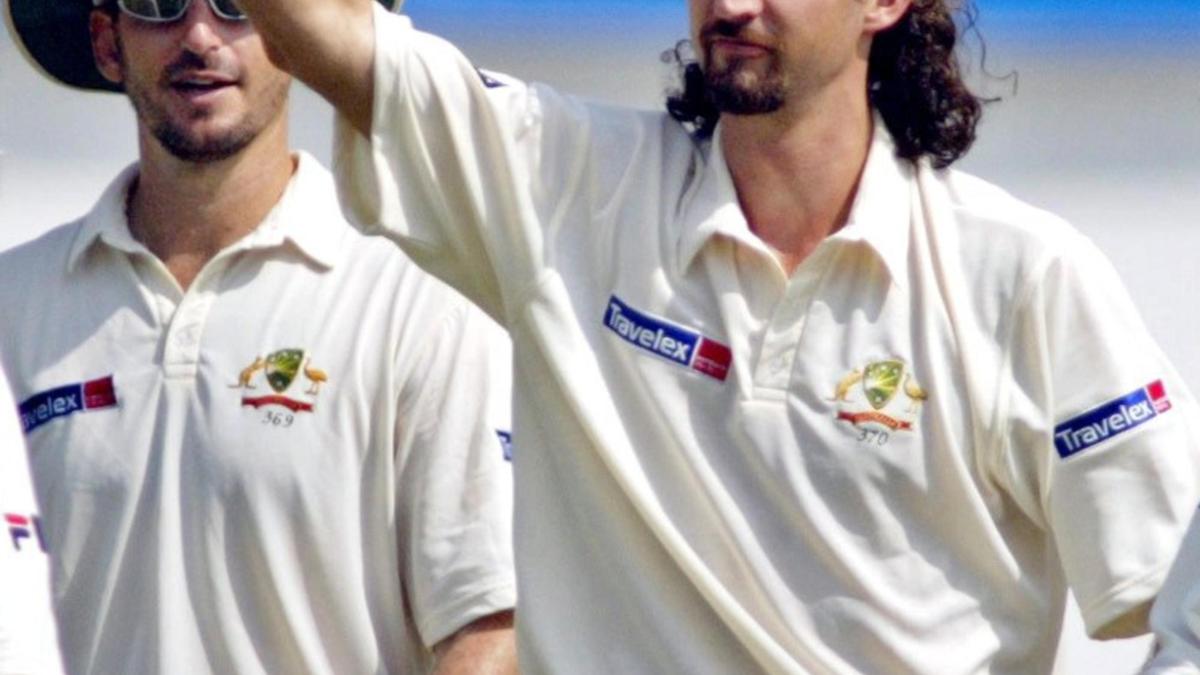 Former champion Australian fast bowler Jason Gillespie has turned up the pressure dial ahead of the upcoming tour of India declaring it could be “career-defining” for the current crop of players.

Gillespie was part of the last successful tour of India in late 2004, which saw Australia win the Test series 2-1, and was the Aussies’ leading wicket-taker on that tour with 20 scalps at 16.15.

It remains the only tour of India in which Australia have triumphed in 10 attempts since the summer of 1969-70, but Gillespie believes Pat Cummins’ men have a great chance of creating history in the next couple of months.

But Gillespie warned that one of the keys to success for the Aussies will be the bowling attack keeping their egos in check.

“Back in ‘04 we, as a bowling group, put our egos away,” said Gillespie, who is Australia’s ninth-greatest Test wicket-taker for Australia.

“I remember in ’01, we still went over there thinking we could bowl the Australian line and length and get away with that and we’ll just roll them over.

“In ‘04 we thought about it long and hard and reflected on it and decided we needed to just put our egos away and play subcontinent-style cricket and we did that and we had a bit of success with three quicks and ‘The King’ (Shane Warne) bowing with some help from ‘Pup’ (Michael) Clarke and ‘Boof’ (Darren) Lehmann.

“So whichever way the Australian team go, I think adaptability and situation awareness is going to be absolutely crucial and backing your skills, backing your fitness is key on the subcontinent, because it’s hot, it’s humid, it’s uncomfortable, it’s foreign conditions – you’ve got to bank on your fitness and strength of mind will take games deep.

“I love what Australia did in Pakistan (last year), their goal was to win on day 15 of the (three-match) Test series and I thought the way they went about it was fantastic, and there’s no reason why they can’t do it India. I think they’ve got the cattle, they’ve got the fuel, they’ve got the ammo, they’re already to go I reckon.”

But Gillespie stressed it was important that Australia didn’t lapse into a false sense of security just because they beat Pakistan 1-0 on their home soil last year in similar conditions to what they’ll confront in India.

“It’s subcontinental conditions, but they are different, and Pakistan players play the conditions slightly different to India players,” Gillespie said.

“But I think the quicks will get a little more assistance off the surface in India than they will in Pakistan. Pakistan is a really tough place to bowl for a fast bowler.

“India is a challenge but you’ve got to have a real positive attitude and believe that you can have an impact and more often than not quicks can have a real impact in India, they’ve just got to believe it up here (in the mind).”

And Gillespie, who coaches the Adelaide Strikers, believes a couple of his players in Alex Carey and Travis Head will have a big say in Australia’s chances against India.

“I think he’s in a wonderful sweet spot of his career,” Gillespie said of Carey.

“We’ve got Alex and Trav being part of that hoping they can be part of history, because I think we’ve got an opportunity to do just that and I think ‘Kez’ (Carey) is going to be a central figure in that and I think Travis will play a huge role as well.”