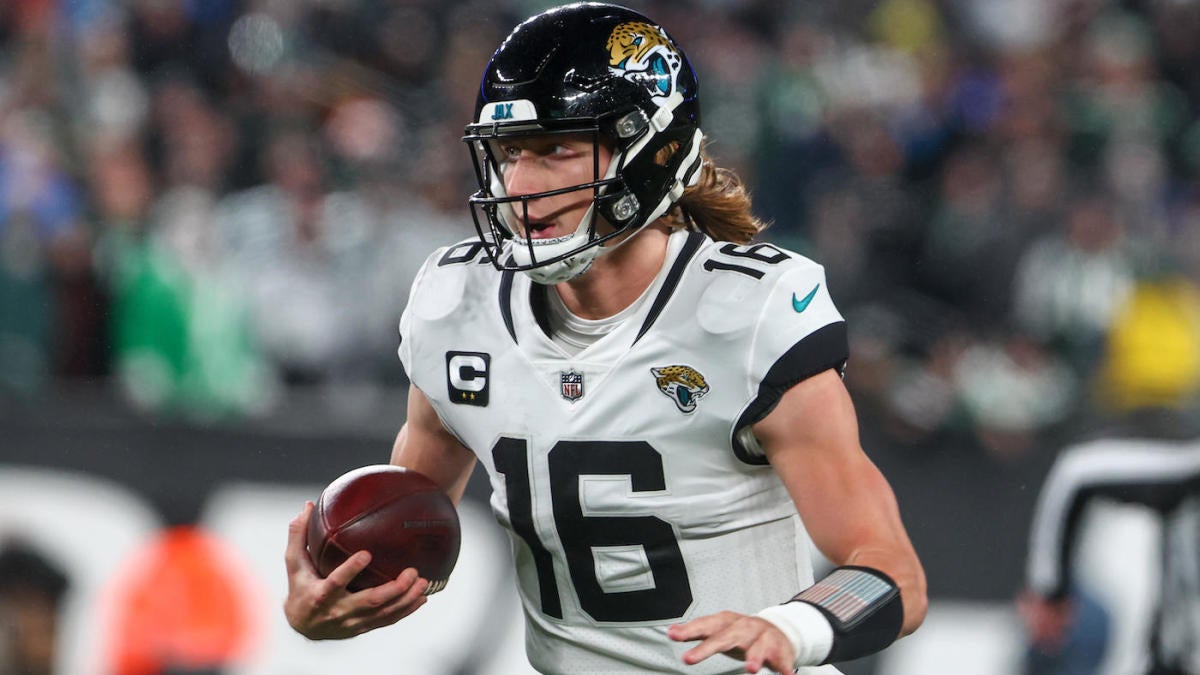 The Jacksonville Jaguars won their third straight game in Week 16, as they downed the New York Jets in rainy MetLife Stadium, 19-3. The Jets scored the first points of the game, but it was all Jacksonville after that. Trevor Lawrence and Co. reeled off 19 straight points, leading to Zach Wilson’s benching in the third quarter. He was replaced by Chris Streveler.

Thursday night was truly a disaster for New York. Wilson struggled to complete passes, the Jets’ lead rusher, Zonovan Knight, recorded -2 yards on six carries and the defense had a hard time stopping the Jaguars offense all night long. Wilson was benched for Streveler on the third drive of the second half, and the practice-squader gave the Jets offense an instant boost — picking up four first downs on a drive that ended on downs at the Jaguars’ 13-yard line. Prior to that possession, New York had recorded just three first downs all game. However, the QB change did not result in any points, as the switch was made too late.

Wilson finished with 92 passing yards and one interception. Streveler threw for 90 yards, but rushed for 54. Michael Carter was the Jets leading receiver with five catches for 44 yards.

Lawrence completed 20 of 31 passes for 229 yards. He was also effective on the ground, rushing for 51 yards and one touchdown on seven carries. His Clemson teammate had a solid game as well, as Travis Etienne rushed 22 times for 83 yards. Evan Engram recorded his second 100-yard performance in the last three games, as the former New York Giant caught seven passes for 113 yards.

This was an important victory for the Jaguars, as their seven wins now tie the Tennessee Titans in the AFC South. Jacksonville controls its own destiny with two weeks remaining in the regular season, and sportsbooks believe Doug Pederson’s squad will indeed finish this run with their first division title since 2017. Let’s take a look at what went down in New Jersey Thursday night.

Why the Jaguars won

While Lawrence fumbled away possession on Jacksonville’s first drive, the Jaguars looked like the better team from that point on. Jacksonville then put together a 10-play, 61-yard drive which ended with a field goal, then Lawrence led the offense on a statement 16-play, 96-yard drive that was capped by the lone touchdown of the game — a 1-yard rush by Lawrence. The Jags then went eight plays, 61 yards and scored a field goal on their next possession. The 13 points scored in the first half were more than the Jaguars needed to win this one.

Jacksonville’s offense did a great job stringing together long drives despite the windy, rainy conditions. They racked up 365 yards of total offense, won the time of possession battle, the turnover battle and didn’t commit a penalty until the second half. Put simply, the Jaguars took care of business.

Why the Jets lost

I can’t imagine what New York sports radio is going to be like on Friday morning. Wilson has received an extraordinary amount of hate this season. Is a lot of it warranted? Sure. He’s inaccurate, he struggles with simple throws, he hasn’t shown much improvement and then of course his comments after the New England Patriots loss rubbed people the wrong way. Wilson was again bad on Thursday night. He missed throws, couldn’t move the chains and the only Jets points of the first half came thanks to a short field that was gifted via turnover.

Getting behind the sticks was a big problem. On New York’s second drive of the game, a false start dropped the Jets back to second-and-12. They weren’t able to recover. On the third drive of the night, Knight was dropped for a loss of seven yards, and the Jets offense followed that play up with a false start. That gave New York a second-and-21, and again, the offense was unable to recover.

Wilson deserves blame for this loss, but he is far from the only reason why New York fell to 7-8. The Jets’ identity this season has been their defense. That defense did not show up on Thursday night. Etienne rushed for 83 yards, Lawrence had his second-best rushing day on the season with 51 yards and Engram torched the Jets defensive backs. Allowing a 16-play, 96-yard touchdown drive is not something this Jets defense normally does. New York’s offense and defense performed poorly on Thursday night.

When Streveler entered the game, the energy completely changed. Fans were cheering instead of booing, players were celebrating first downs and it almost looked like the Jaguars defense was playing on its heels for a bit. That first drive for the backup quarterback ended up being New York’s best, as the Jets went 73 yards down the field on 16 plays before the possession ended on fourth-and-2 at the Jaguars’ 13-yard line, when the quarterback failed to hook up with Garrett Wilson. If the Jets had scored points on that possession down 13, we would have had a game.

Play of the game

A forced fumble with a foot? That’s what the Jaguars did with just over four minutes remaining in the fourth quarter, as Foye Oluokun kicked the ball out of Garrett Wilson’s hands! This was New York’s second turnover of the game.

The Jaguars will hit the road again next week, and face the rival Houston Texans on Sunday. As for the Jets, they will travel west for a date with the Seattle Seahawks.