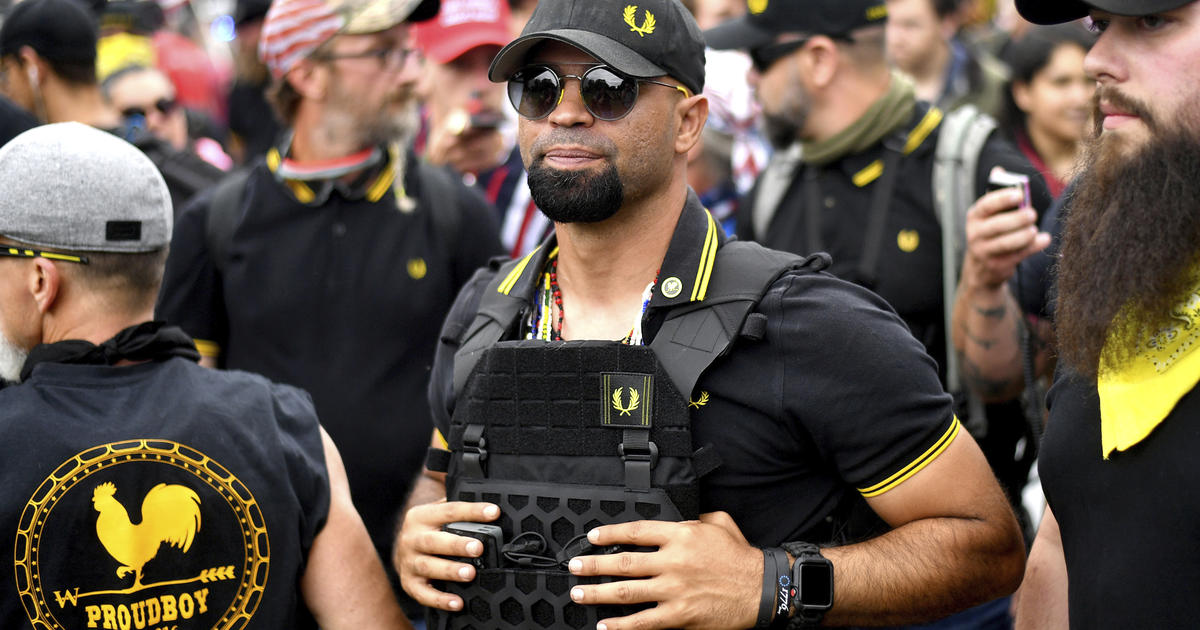 Jury selection in the seditious conspiracy case against former Proud Boys national chairman Enrique Tarrio and four others charged in the attack on the U.S. Capitol began Monday after the judge denied defense attorneys’ last-minute bid to delay the trial over action by the House committee investigating the Jan. 6, 2021 insurrection.

Defense attorneys pushed to postpone jury selection in the high-profile case until after the new year, citing concerns that media coverage of the Jan. 6 panel could taint the jury pool. A defense attorney told the judge it’s also impossible to know what evidence related to the Proud Boys might be released by the committee, which urged the Justice Department on Monday to bring criminal charges against former President Donald Trump and his allies.

“We don’t want to be picking the jury in this highly confusing and combustible environment,” attorney Norm Pattis, who is representing Proud Boy organizer Joseph Biggs, told the judge.

U.S. District Judge Timothy Kelly said they would push ahead despite the committee’s work and told defense attorneys he would remind jurors to avoid media coverage related to Jan. 6.

“The former president is not on trial here today,” the judge said before the first group of potential jurors were called into the courtroom.

The judge individually questioned 17 prospective jurors on Monday and disqualified some of them based on concerns about their impartiality, including a man who expressed concerns about his safety if he was picked. Jury selection resumed Tuesday.

Tarrio is perhaps the highest-profile defendant to face jurors yet in the attack that halted the certification of President Joe Biden’s win, left dozens of police officers injured and led to nearly 1,000 arrests. Tarrio, of Miami, and the others — Ethan Nordean, Zachary Rehl, Dominic Pezzola and Biggs — are charged with several other crimes in addition to sedition.

They have all pleaded not guilty to the charges, which include obstructing Congress’ work and impeding law enforcement.

They will face jurors just weeks after two leaders of another extremist group, the Oath Keepers, were convicted of seditious conspiracy in a major victory for the Justice Department. If convicted of sedition, the Proud Boys could face up to 20 years in prison. The trial is expected to last at least six weeks.

Jury selection began hours before the Jan. 6 House committee held its final public meeting and recommended criminal charges against Trump and attorney John Eastman. Referrals by Congress are merely recommendations, and the Justice Department is under no obligation to bring charges against those referred for prosecution.

Defense attorneys for the Proud Boys and other Jan. 6 defendants have said there’s no way they can get an unbiased jury in Washington, where the federal court sits less than a mile from the Capitol. But judges have repeatedly denied requests to move the cases out of the nation’s capital, saying fair jurors can be found under the right questioning.

The first potential juror questioned Monday said he once worked as an aide in the Supreme Court and has a brother who is a White House lawyer. The judge disqualified him.

The judge also dismissed a woman who was working for Congressional Quarterly on Jan. 6 and had several co-workers who were trapped in the building that day. The woman also said it would be difficult for her to set aside her opinions about the Proud Boys, whom she described as having a “delusional superhero complex.”

Tarrio wasn’t in Washington on Jan. 6 because he had been arrested two days earlier on charges that he vandalized a Black Lives Matter banner at a historic Black church during a protest in December 2020. But prosecutors say he was the leader of a conspiracy to stop the transfer of power from Trump to Mr. Biden.

Days before the riot, Tarrio posted on social media about “revolution,” according to court papers. Citing what they alleged was an encrypted message group created by Tarrio, authorities say members discussed attacking the Capitol. One message said: “Time to stack those bodies in front of Capitol Hill.”

Prosecutors allege that even after his arrest, Tarrio kept command over the Proud Boys who attacked the Capitol on Jan. 6 and cheered on their actions from afar. As rioters stormed the building, he posted “don’t (expletive) leave” on social media, and then later “We did this…”

Nordean, Pezzola, Biggs and Rehl were part of the first wave of rioters to push onto Capitol grounds and charge past police barricades toward the building, according to prosecutors. “We’ve taken the Capitol,” Biggs said on the Capitol’s west front, according to court documents.

Pezzola used a riot shield he stole from a Capitol police officer to break a window, allowing the first rioters to enter the building, prosecutors allege.

Defense attorneys have denied that the Proud Boys leaders planned or led an attack on the Capitol.

Tarrio’s lawyers say he didn’t instruct or encourage anyone to go into the Capitol or engage in violent or destructive behavior. Nordean’s attorney accused the Justice Department of selective prosecution and targeting him based on his political associations and beliefs. Rehl’s lawyer asked the judge to toss the indictment on First Amendment grounds, arguing that the case rested solely on Rehl’s political views and free speech.

Assault On The U.S. Capitol