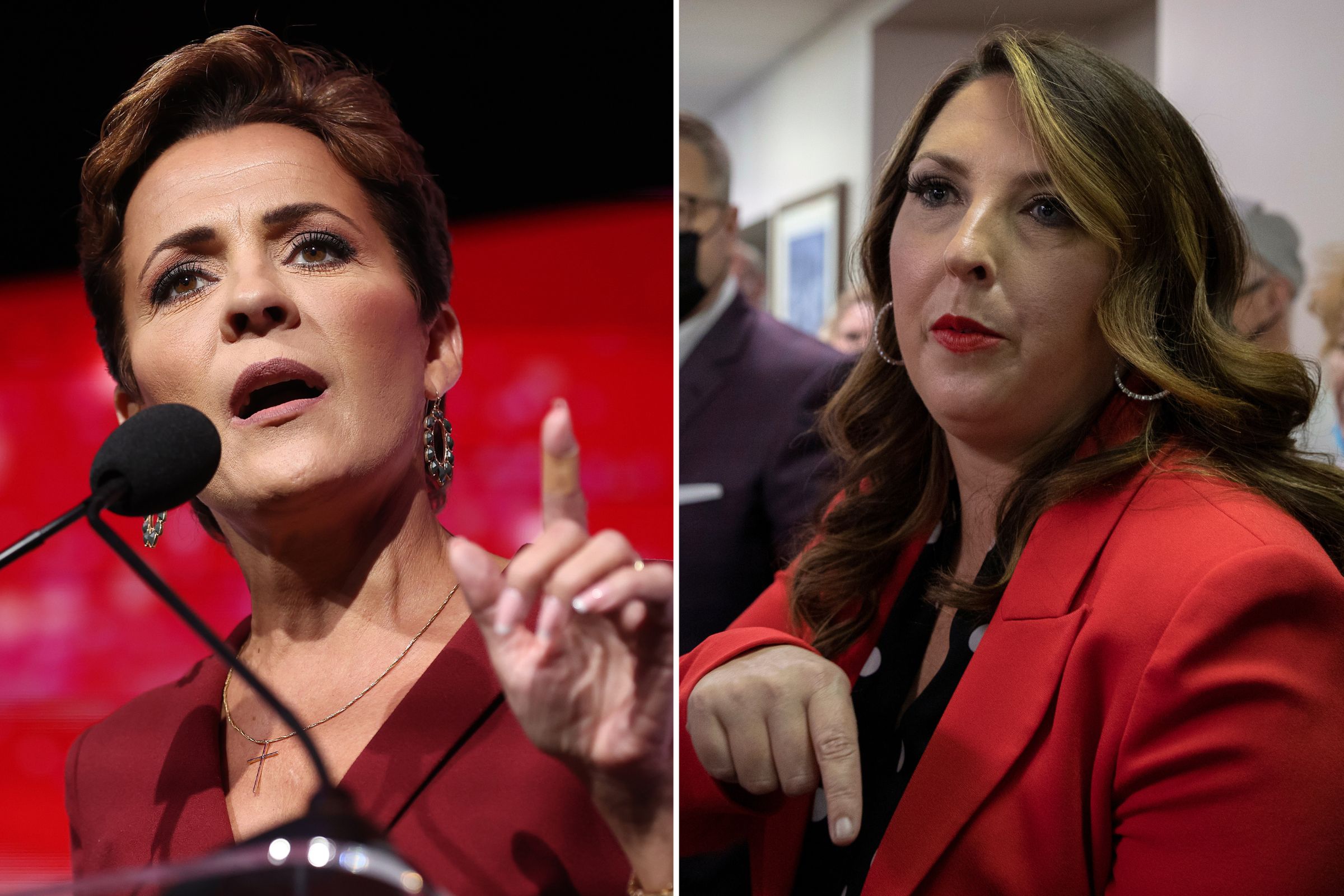 Amid heat that the Republican National Committee (RNC) needs a change in leadership after the GOP’s lackluster performance in November’s midterm elections, RNC chair Ronna McDaniel said that it was the actions of some candidates that cost the Republicans the election this year.

In a Tuesday appearance on Newsmax, McDaniel said the disappointing midterms was the result of Republican-on-Republican attacks.

“Republicans are cannibalizing each other,” McDaniel said. “The vitriol and the hate within our party when we are factionalizing…Republicans are saying I don’t like this Republican so much that I’d rather let the Democrat win, and that is a losing recipe.”

She then used Arizona as an example, suggesting that Kari Lake, the state’s former Republican gubernatorial candidate, discouraged and alienated some Republicans from voting with her rhetoric.

“The two candidates for governor, one wouldn’t endorse the other. You had one candidate saying, ‘If you’re a [John] McCain voter, get the hell out of my rallies,’ and then the McCain voters said, ‘Yeah, I’m not going to vote for you,'” McDaniel said. “We can’t do that.”

In the final weeks leading up to Election Day, Lake asked the crowd at one of her campaign rallies, “We don’t have any McCain Republicans here do we?”

“Well, get the the hell out!” Lake said before going on to say, “Arizona has delivered some losers, haven’t they?” as she slammed the Republican Party for once being “the party of McCain.”

McDaniel also criticized Lake, who is one of the most vocal proponents of former President Donald Trump’s 2020 election fraud claims, for casting doubt over early voting and mail-in ballots. She implied that misinformation about elections would ultimately hurt the Republican Party.

Although Lake cost the Republicans a governorship that the party had held onto for more than a decade, other GOP candidates in Arizona defeated their Democratic opponents. In November, Republicans won six of the state’s nine House seats.

On Tuesday, McDaniel also said that the ticket splitting is the result of poor messaging from individual candidates.

“Why did Republicans go into a state like Arizona, where the top vote-getter in the whole state is a Republican?” she asked. “They voted for [GOP State Treasurer] Kimberly Yee, but they didn’t vote for other Republicans on the ticket.”

Despite calls for McDaniel to leave the RNC in the wake of the midterms, she has insisted that she has broad support among members who “actually know what the RNC does,” which does not include selecting GOP candidates for office.

“We don’t pick the candidates. We don’t do the messaging for the campaigns. Those are consultants and pollsters,” she said.

McDaniel, who is running to remain as the chair for the 2024 presidential election, is being challenged by RNC member Harmeet Dhillon and MyPillow CEO Mike Lindell—both of whom Lake has called “great” candidates to replace McDaniel.

“Wish we could elect TWO Chairs for the RNC. We have GREAT candidates in both Harmeet Dhillon & Mike Lindell,” Lake tweeted on December 13. “President Trump saved the Republican Party—it’s time for the GOP Leadership to stand up and Fight for US!”