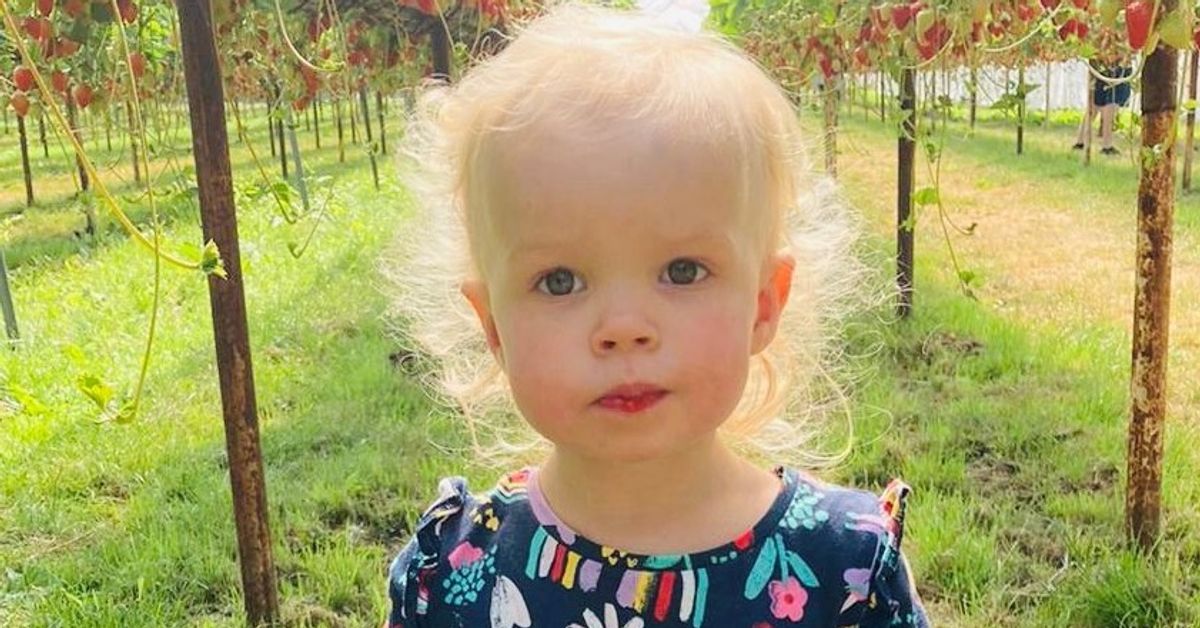 A rare illness appears to have been impacting more young children since the Covid-19 pandemic – and doctors are desperate for people to donate blood plasma to help treat it.

Kawasaki disease is a condition which causes swelling of the blood vessels throughout the body.

It mainly affects children under the age of five and, without treatment, around one in four will go on to develop heart complications. The illness is the leading cause of heart failure in children.

Bella Hessey, from Bicester, needed lifesaving treatment after developing Kawasaki disease in 2020 when she was just 11 months old.

Her mum Abigail Baker, 26, tells HuffPost UK: “She stopped eating, drinking, she was covered in a rash and the whites of her eyes were red.

“She was extremely lethargic and wouldn’t get off of me for over a week before she was diagnosed.”

The fraught mum says she took Bella to hospital three or four times before she was finally diagnosed with suspected Kawasaki disease.

“I felt helpless, lost and like no one was listening to me,” says Baker.

Bella was transported to a different hospital where she received her first round of immunoglobulin.

The tiny tot had suffered some bulges in the blood vessels around her heart. Where one artery should have been 1-2mm wide, it was 12mm wide.

The immunoglobulin treatment had an almost immediate effect on her, says her mum, who works as a recruitment consultant.

“By the next day she was eating, drinking, playing and babbling away to me again – the rash had completely gone and it was like my little girl was back with me,” she says.

“Without immunoglobulin I don’t think she would have made it. She is my little miracle.”

Bella had to have multiple heart scans after the ordeal and suffered a cardiac arrest. “She went into intensive care and we were told she wouldn’t make the night,” Baker recalls.

Thankfully, Bella has since gone on to make a slow and steady recovery. “Everyone always says ‘take a day at a time’ but we were taking an hour at a time just to get us through,” Baker says.

“She now doesn’t have any blood clots and has gone from taking 12 medications a day to only two.

“She is the strongest little girl in the world and will always be my inspiration.”

Her daughter has weakened coronary artery walls, says Baker, “but should go on to live a healthy, happy life”.

Statistics from NHS Blood and Transplant show 706 children needed plasma medicine to treat the disease in 2020-21.

In the previous five years, an average of 336 children needed immunoglobulin treatment each year.

A child with Kawasaki disease typically has a high temperature that lasts for five days or longer. They might also have one or more of the following symptoms:

The disease may be linked to genetic factors and also how the body responds to infections. It’s also thought the increase in cases over 2020/21 may have been driven by coronavirus infections.

On Kawasaki Disease Awareness Day (January 26), the NHS is urging more people to donate plasma, as only half the target amount of plasma is currently being donated. NHSBT has 5,850 plasma donors, but it said it needs around 10,200 to cope with demand.

Plasma is the liquid part of blood. It is rich in antibodies, which fight infections. The antibodies are concentrated into immunoglobulin medicine, which stabilises the immune response and reduces inflammation.

Between 1998 and 2021, plasma from UK donors could not be used for immunoglobulin as a precautionary measure, which meant the UK relied on imports. However there are international supply pressures and international shortages.

The government decided plasma collection for immunoglobulin could restart in England in 2021, after it accepted updated safety advice from the Medicines and Healthcare products Regulatory Agency (MHRA).

NHS Blood and Transplant is now taking dedicated plasma donations in Twickenham, Reading and Birmingham. It is also recovering plasma from normal blood donations so that it can be used for immunoglobulin.

Rachael McCormack, founder of Societi, the UK Foundation for Kawasaki Disease, said: “Quick diagnosis and rapid treatment with immunoglobulin in children with Kawasaki disease can be transformational – saving lives and protecting tiny hearts from the devastating impact of lifelong heart disease.

“With more and more children being affected by Kawasaki disease every year, donating plasma means children can get the urgent treatment they need and will have a much better chance of recovery.”

If you would like to donate plasma, you can find out more here.