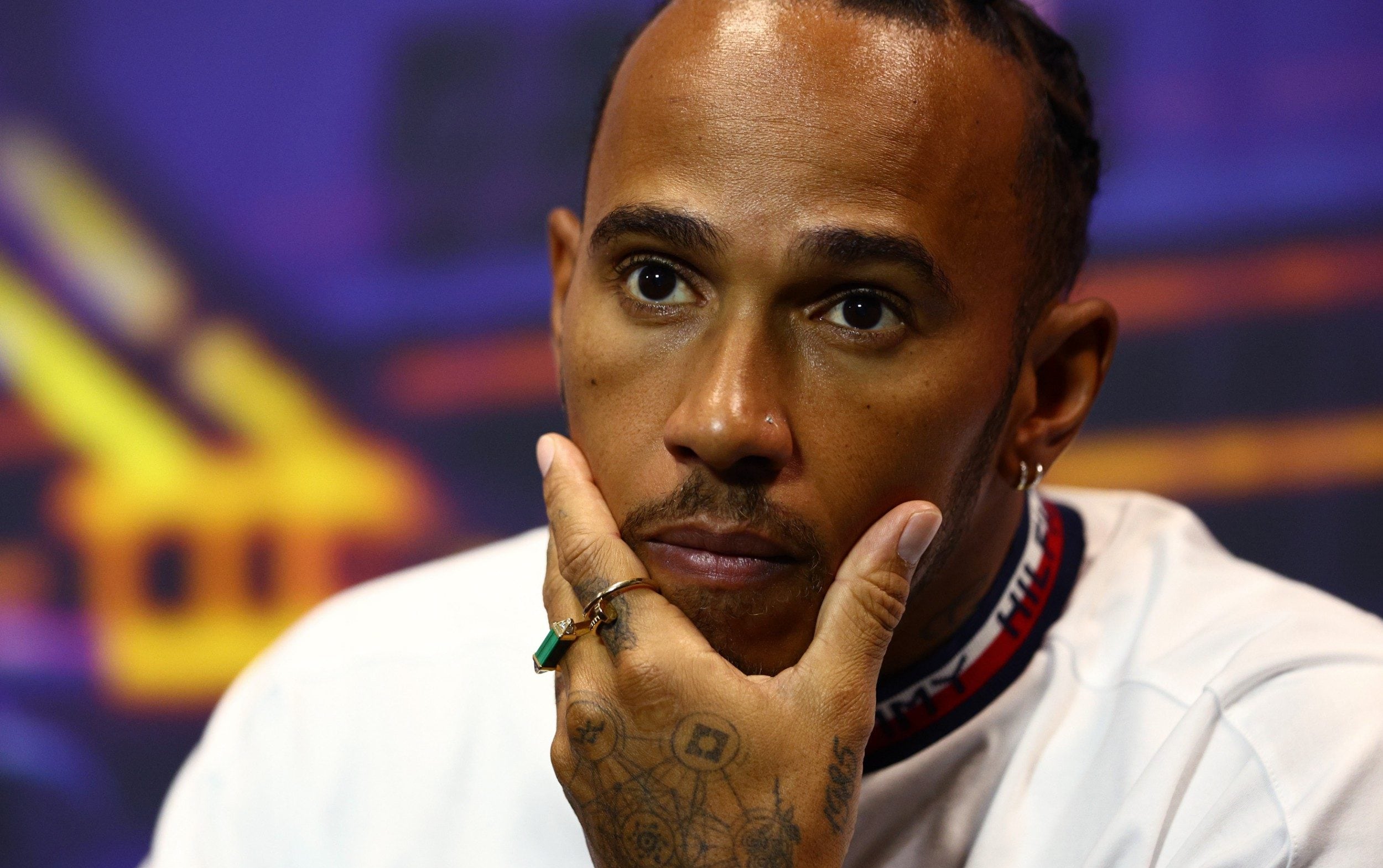 Lewis Hamilton has described his schooldays as “the most traumatising and difficult part of his life,” detailing how he was called “the N-word” by his peers, was regularly beaten up and even had bananas thrown at him.

Hamilton, 38, is now a seven-times Formula One world champion. But speaking to the On Purpose podcast, which was released on Monday, the Mercedes driver recalled being bullied from the age of just six because of his mixed-race background. Hamilton’s father Anthony is of Grenadian descent while his mother Carmen hails from Birmingham.

“School was the most traumatising and most difficult part of my life,” said Hamilton, who was born and raised in Stevenage. “I was already being bullied at the age of six. At that particular school I was one of three kids of colour and just bigger, stronger, bullying kids were throwing me around a lot of the time.

“And the constant jabs, the things that are either thrown at you, like bananas, or people that would use the N-word… just so relaxed. People calling you ‘half-caste’ and not knowing where you fit in. That was difficult.

“In my [secondary] school there were six or seven black kids out of 1,200 kids and three of us were put outside the headmasters’ office all the time. The headmaster just had it out for us – and particularly me.

“I felt the system was up against me and I was swimming against the tide. There were a lot of things I suppressed. I didn’t feel I could go home and tell my parents that these kids kept calling me the N-word or I got bullied or beaten up at school today, I didn’t want my dad to think I was not strong.”

Hamilton, who has previously revealed that he took up karate aged five to defend himself from bullies, attended Peartree Spring primary school and later John Henry Newman Catholic School where he was briefly excluded after he was mistakenly identified as having attacked a fellow student.

‘There will be a big hole when I stop’

Now preparing for his 17th season in F1, Hamilton remains the sport’s only black driver. He has in recent years become an outspoken campaigner for equality, establishing Mission 44, a charity which looks at ways of supporting young people from under-represented backgrounds. He also works with Mercedes on increasing diversity within their ranks and in F1 more generally.

Hamilton is now in the final year of his contract but has said he plans to sign a multi-year extension.

“It is going to be really, really hard when I stop racing,” he told the podcast, which was recorded in November. “I have been doing it for 30 years. When you stop, what is going to match that?

“Nothing is going to match being in a stadium, being at a race, being at the pinnacle of the sport and being at the front of the grid or coming through the grid and that emotion that I get with that. When I do stop there will be a big hole so I am trying to focus and find things that can replace that and be just as rewarding.”

The new F1 season begins in Bahrain on March 5.