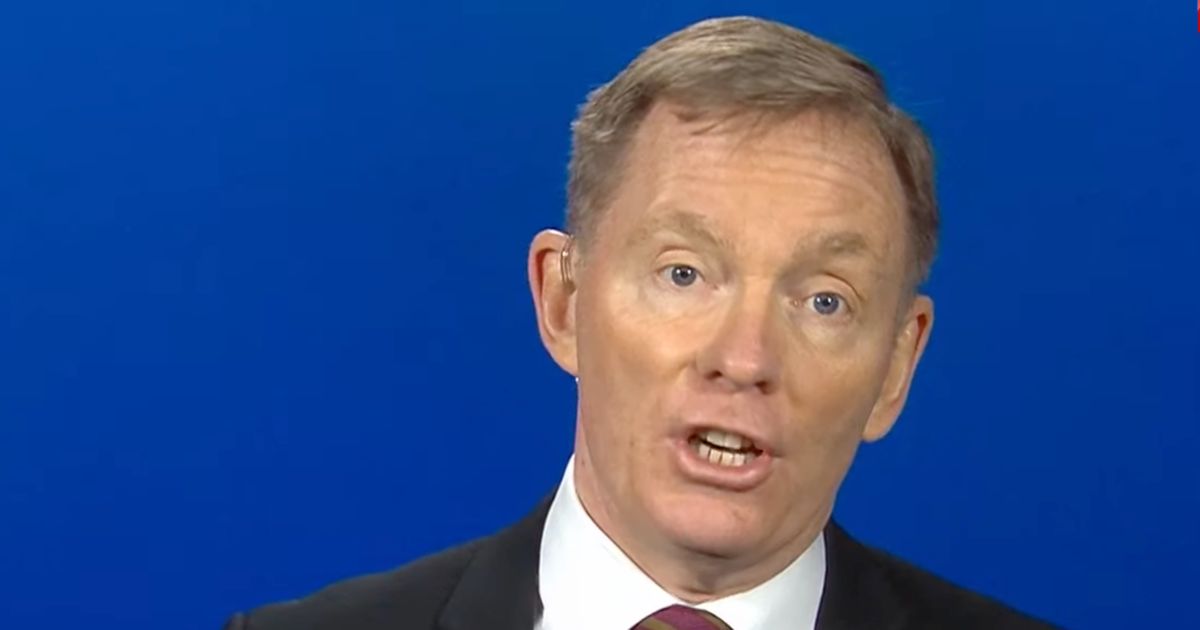 Labour MP Chris Bryant hit out at the Conservatives on Sky News following the party’s latest supposed scandals, saying the public will be “pulling their hair out”.

Bryant, who is also the chair for the committee on standards in parliament, is known for calling out the Conservative Party and even called Boris Johnson a “coward” in the past.

He criticised the Tory Party chair Nadhim Zahawi – who was revealed to have been in the middle of a multi-million pound dispute with HMRC when he was chancellor – and PM Rishi Sunak, who received a police fine for not wearing a seat belt in a video his own team uploaded to social media.

Bryant told Sky News’ Sarah-Jane Mee: “It doesn’t feel as if we’ve moved on at all, does it, over the last year.”

Twelve months ago, it was partygate which was occupying the headlines amid a stream of allegations that social gatherings were held in government at the height of the Covid lockdown.

As Bryant hinted at, we’re now two prime ministers later, but the crises linger on.

“It feels like the last three years have just been an endless bad news cycle of stories about dodgy-ness in government in some shape or other – or for that matter, parliament,” he said.

“I think an awful lot of people in the country will just be pulling their hair out saying, ‘can’t you lot just get your act together, sort yourselves out and get round to the things that really matter?’.”

Public sector workers are striking across the country at the moment, a recession is looming and the cost of living crisis is tightening its grip.

Bryant continued: “That’s not to say that these issues don’t matter – they really do.

“You can’t have the chancellor of the exchequer signing off his own tax returns as it were with HMRC.

“I think Nadhim has got some very serious questions to answer about who he told, why he told them, what he told them.”

Touching on Sunak not wearing a seat belt in his own promotional video, Bryant claimed: “It looks pretty stupid that the prime minister didn’t spot that he was breaking the law and they actually put a video out of it, and yes, I am fully aware that there are other politicians who might have done similar things in the past.

“But it just looks as if this is a government who haven’t learnt anything whatsoever over the scandals we’ve seen over the last two years and Rishi Sunak is no better than Boris Johnson, Liz Truss or any of the others.”

“The worst of all of this is my constituents are facing a really tough time at the moment – with the NHS and Tory MPs even suggesting we should be paying to go to the GPs – and problems with the cost of living crisis – we end up having to deal with these issues.”

He continued: “This country isn’t going to sort itself out I’m afraid, until the whole lot of them go.”

Bryant did stop short of commenting on third supposed scandal around the Tory Party at the moment – the allegations that ex-PM Johnson supposedly recommended Richard Sharp for the BBC Chair role, just weeks after Sharp helped him to secure a £800,000 loan.

The Labour MP noted ″standards in public life matter,” but he said he didn’t want to discuss that matter in detail in case it ended up in front of his own committee.

But, he still spoke generally about the public’s declining “trust” in politicians.

He said ministers need “all the trust they can get from the British people” when it comes to dealing with the Ukraine war, the cost of living crisis – but they’ve “squandered it”.