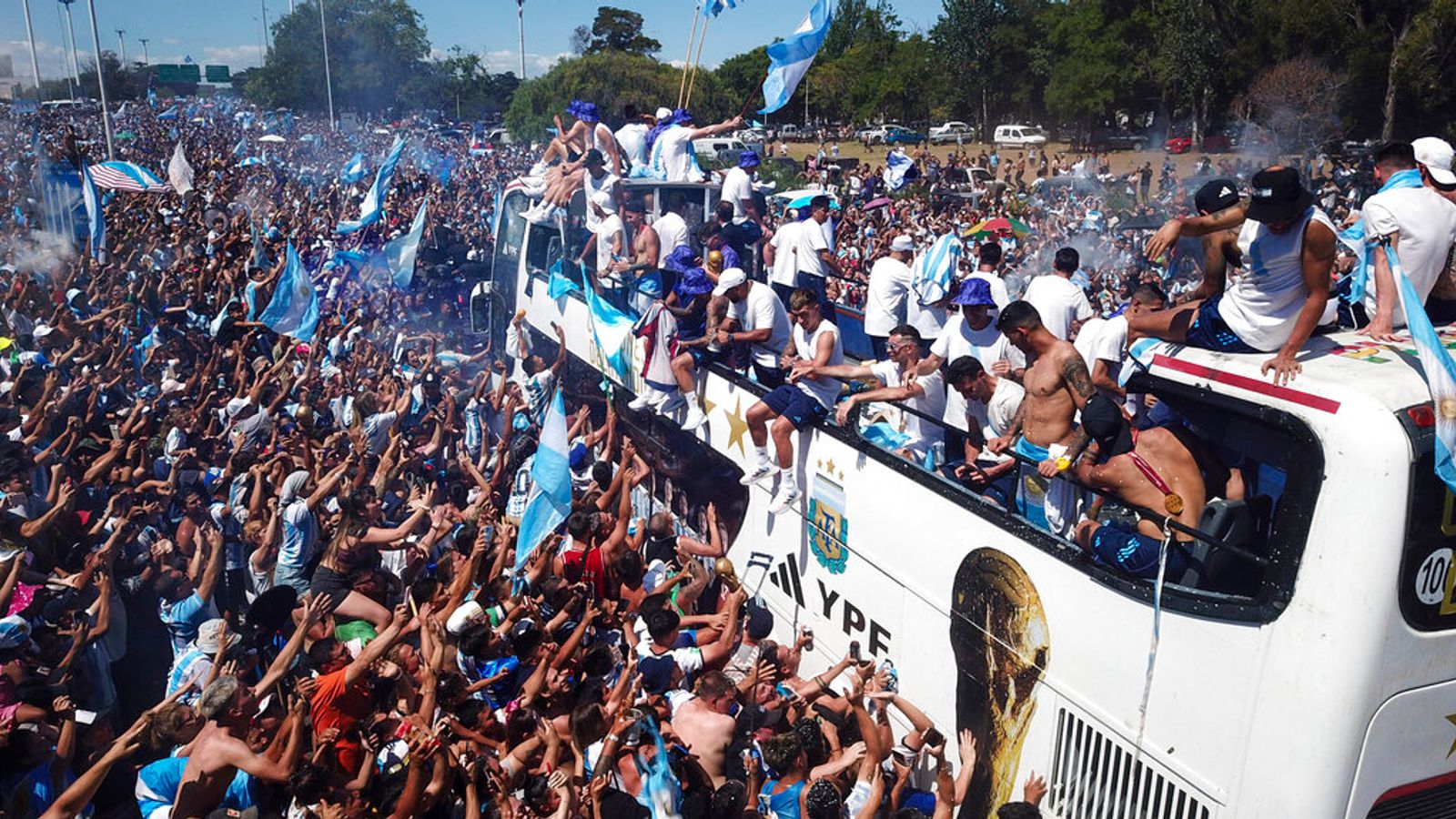 An open-air bus parade for Argentina’s World Cup heroes had to be called off part-way through to protect the safety of millions of fans who had poured onto the streets of Buenos Aires.

Argentina captain Lionel Messi and his fellow teammates instead boarded helicopters for a flyover of the capital, which the government billed as an aerial parade.

“The world champions are flying over the whole route on helicopters because it was impossible to continue by land due to the explosion of people’s happiness,” Gabriela Cerruti, a spokesperson for President Alberto Fernandez wrote on social media.

The players were unable to reach the central Obelisk monument in Buenos Aires as planned because of the crowd size, estimated at four million people by local media citing police sources.

The bus had been moving slowly for more than four hours before the parade was cancelled.

The Argentine president had declared a national holiday on Tuesday so the country could celebrate the World Cup victory.

Football journalist Tim Vickery told Sky News “millions” had lined the streets of the capital and he was “thinking it could go disastrously wrong” before the parade cancelled.

“As the team bus was passing under bridges, there were people from those bridges trying to jump onto the bus.

“The bus just couldn’t make progress, there were too many people, so in the end they were forced to take the decision to abandon the bus route,” Vickery said.

He added: “It seems it was the safest option because it really was looking all too much.”

Celebrating fans took over highways, avenues and the access routes into the capital as temperatures climbed to 30C.

Thousands had set up camp since early Tuesday morning at the Obelisk which is the traditional site of celebrations.

After flying over key points of Buenos Aires where fans had gathered, the helicopters carrying the players returned to the headquarters of the Argentine Football Association (FA) outside the capital.

The association’s president Claudio Tapia blamed law enforcement for the change in plans.

“They don’t let us get to greet all the people who were at the Obelisk, the same security agencies that escorted us don’t allow us to move forward,” he said.

“A thousand apologies on behalf of all the champion players. A shame.”

Messi and the rest of the players had waved at the crowds from the bus as they carried the World Cup trophy aloft after securing Argentina’s third World Cup trophy, and the country’s first since 1986 when football icon Diego Maradona lifted the trophy.

“This is madness, it’s indescribable,” said Brian Andreassi, 23, as he walked downtown wearing the team’s jersey. “There are no words.”

“There’s an immense union among all Argentines – unity, happiness. It’s as if you can breathe another air, there’s another energy in the air,” said Victoria Roldán. “My body and heart are about to burst.” 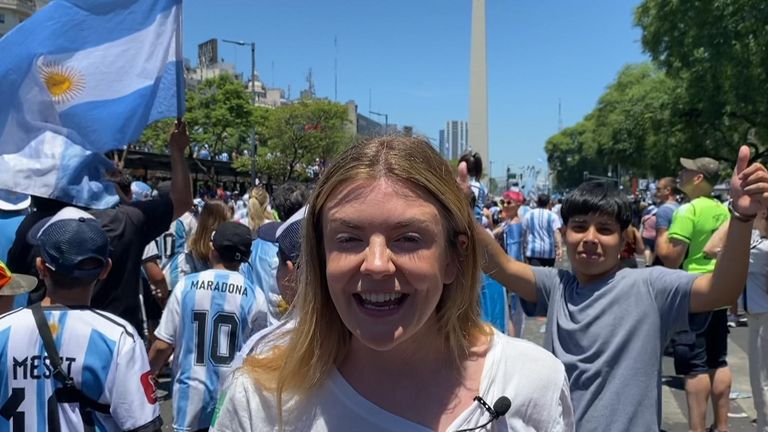 The team had arrived in Argentina in the early hours of Tuesday at Ezeiza Airport where, despite it being around 3am (6am GMT), thousands were waiting with banners, flags and flares, to welcome home their heroes.

By around midday, millions had already congregated in downtown Buenos Aires, with major roads shut down for the parade.

The Argentine capital has been in party mode since the dramatic victory over France in Sunday’s final in Qatar, which has helped mask economic woes in the South American nation battling one of the world’s highest inflation rates.