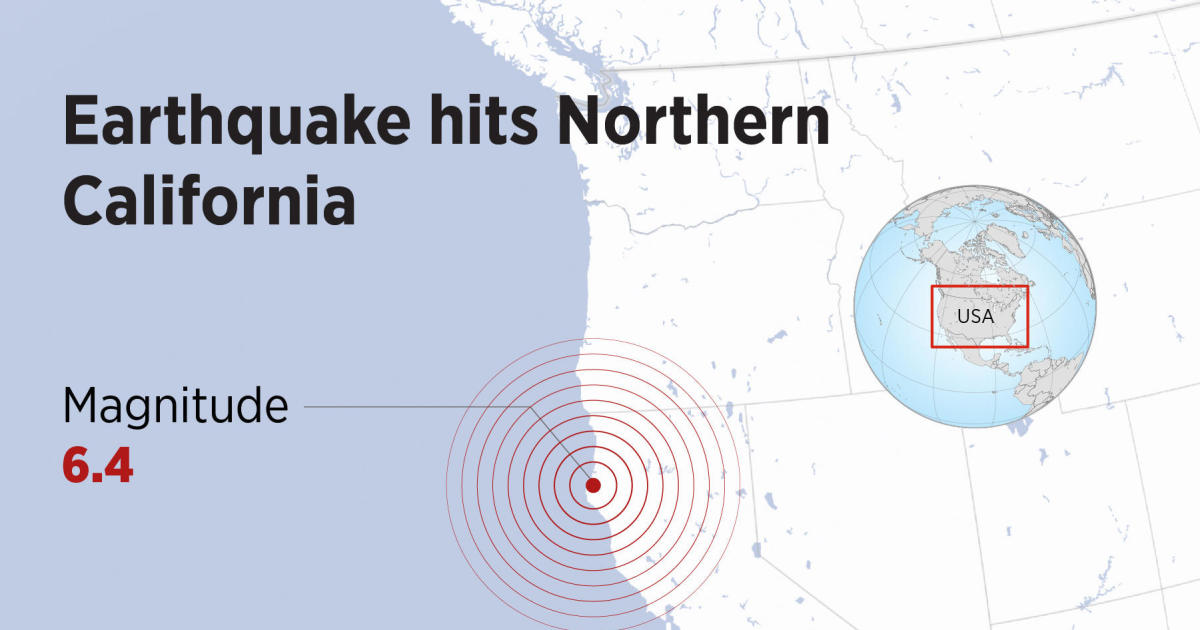 No injuries were immediately reported following the earthquake, which occurred about 2:34 a.m. near Ferndale, a small community about 213 miles northwest of San Francisco.

Following the earthquake, more than 71,000 customers were reported to be without power in the surrounding area, according to poweroutage.us, which tracks outages across the country.

The quake also damaged roads and buildings across Humboldt County, located northeast of Ferndale, according to the municipality’s emergency services personnel. In a tweet, the office advised local residents to brace for potential aftershocks — which are common after a significant earthquake and can be “damaging or deadly” despite generally being smaller than the original, the U.S. Geological Survey says — and to check for possible gas and water leaks at home.

“This is a Humboldt Alert,” the Humboldt County Office of Emergency Services wrote on Twitter at around 5:30 a.m. PT. “Due to a large earthquake, widespread damage to roads and homes are reported throughout Humboldt County.”

“Be prepared for aftershocks,” the alert continued. “Check gas and water lines for damages or leaks. Exercise caution if traveling.”

People living in the area have been asked to report any gas leaks to PG&E, where they can also learn more about power restoration plans, the emergency services office said, adding that residents should direct questions about their water supply and related issues to the individual water districts that service their properties.

Prior to sharing the alert, the Humboldt County Office of Emergency Services posted an initial tweet acknowledging the massive earthquake. At the time, it noted that “power is out across the county” and said the quake was not expected to produce a subsequent tsunami. According to USGS, it is unlikely that an earthquake with a magnitude that falls below 6.5 to trigger a tsunami.

“DO NOT CALL 911 UNLESS YOU ARE EXPERIENCING AN IMMEDIATE EMERGENCY,” the emergency services office wrote in its original tweet, which came at around 3 a.m. local time, shortly after the earthquake hit.

Caroline Titus posted a video of the damage in her living room, writing: “That was a big one. Power is now out in #ferndaleca. House is a mess.”

Paul Bugnacki also posted photos of damage at his home, adding, “Major quake in #humboldt just a bit ago. We’ve got some broken stuff but no major structural damage to the house. Power is out though.”

That earthquake was centered in El Cerrito, about a 16-mile drive to downtown San Francisco.