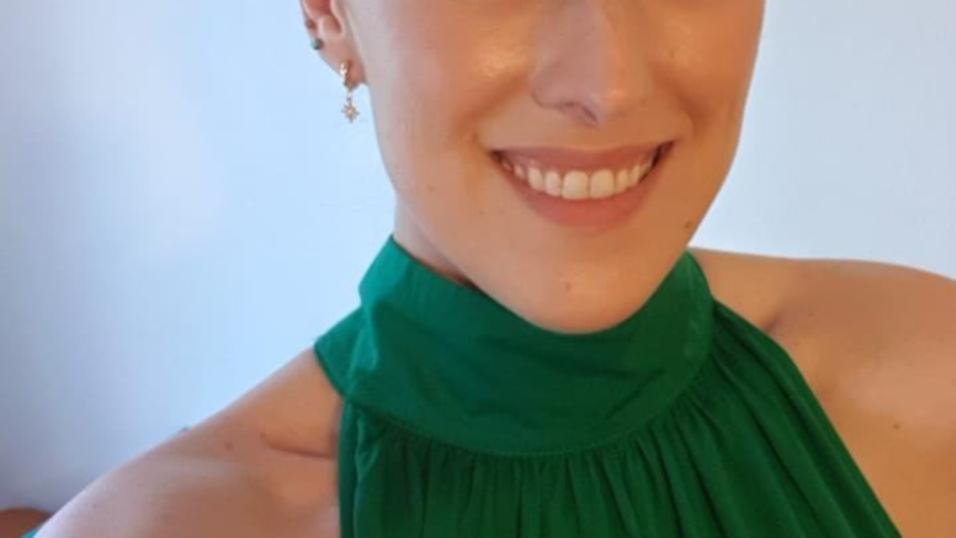 A man wanted over the alleged murder of a young teacher has been arrested after a tense 12-hour stand-off with police.

Police had been hunting down Ashley Gaddie, 33, since Sunday afternoon after the lifeless body of Dannielle Finlay-Jones, 31, was found by her friends.

After a two-day search, Mr Gaddie was cornered by police on Tuesday afternoon at Fletcher’s Lookout in the Blue Mountains where a dramatic 12-hour standoff took place on the cliffs.

He was found at 2.30pm standing on the wrong side of the safety barrier.

The tradie was seen wearing black jeans, white shoes and a hi-vis jacket as he clung to a rope on the edge of the cliff.

Police negotiators could be seen speaking to him from the lookout nearby.

After 12 hours he wa finally arrested at midnight on Wednesday

He was then taken to Katoomba Police Station.

A NSW police spokesman said he will be charged with murder.

Ms Finlay-Jones and Mr Gaddie met her friends at Marsden Brewhouse in the western Sydney suburb of Marsden Park on Saturday night.

The night ended in the early hours of Sunday morning and the pair decided to stay the night at Ms Finlay-Jones’s friends Cranebrook home.

It wasn’t until 2.30pm that the friends’ made the horrific discovery.

Emergency services rushed to the scene but Ms Finlay-Jones was unable to be revived.

A crime scene has been established at the Cranebrook residence.

The pair returned to her friend’s Cranebrook home in the early hours of Sunday with plans to sleep there for the night.

2.30pm Her friends’ discover her in bed alone with horrific head injuries.

They called triple-0 and emergency services rushed to the scene, however the 31-year-old was pronounced dead at the scene.

12.30pm Mr Gaddie was found by police at Fletcher’s Lookout in the Blue Mountains – he was standing on the wrong side of the safety barrier.

A 12-hour standoff took place between police negotiators and the 33-year-old.

12am Police arrested Mr Gaddie and he was taken to Katoomba Police Station.

He is expected to be charged with murder.