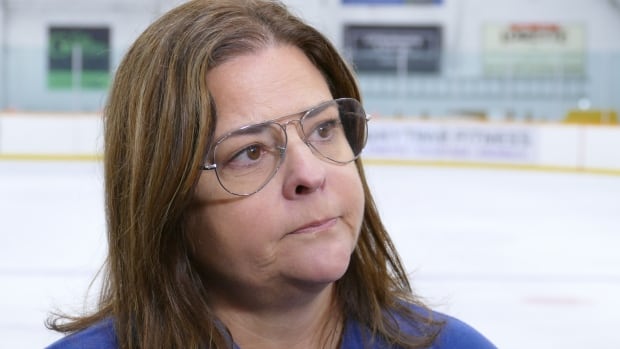 The Manitoba government is planning to dish out another round of affordability help as the cost of living continues to rise.

Premier Heather Stefanson hinted on Monday that an announcement that will help all Manitobans is coming.

“We’ll have more specifics on that later this week, but I think we’ve heard from Manitobans that everybody is struggling to make ends meet these days. I think it’s important that we look at everyone overall,” Stefanson said after a morning news conference in Lorette, where she pledged provincial money to help build a new arena and library in the community.

“We need to make sure that we’re trying to make ends meet for Manitobans in the best way we can, particularly those that are suffering the most right now.”

When asked to clarify, Stefanson chuckled after saying “stay tuned,” a common refrain from the premier when reporters seek more information on what’s to come.

This would be the second round of help specifically to help Manitobans address inflation.

Manitoba made a targeted pledge, giving money to some demographics likely to feel the strain of inflation the most: families with children, low-income seniors and people on income assistance.

In particular, Manitoba offered families with children and a household income of less than $175,000 in 2021 a benefit cheque of $250 for the first child and $200 for each additional child.

Seniors with a family income less than $40,000 who rent or own a home and claimed the education property tax credit on their 2021 income tax return got a $300 cheque.

At the time, Finance Minister Cameron Friesen said Manitoba’s approach “most broadly and most equitably” distributed benefits to those in need.

The government has been criticized for some of its measures in which broader benefits were handed out, such as giving cheques to all seniors during the COVID-19 pandemic.

A survey currently on the provincial government’s website may also hint at the affordability measures the Progressive Conservatives could be announcing this week and beyond.

The survey, which is meant to inform provincial budget deliberations, asks people which measures they’d support, ranging from a one-time rebate cheque to lowering the provincial portion of the gas tax to reducing income tax and the provincial sales tax.

Asked specifically about reducing taxes, Stefanson suggested Monday that would take time. Manitobans should look to the upcoming spring budget for possible relief, she said.

The premier said her government can strike a balance between financial relief and the need for additional spending in critical areas, such as health care, education and social services.

The premiers and the federal government have been locked in a battle over funding for years, but the intensity of those arguments has been heightened of late — including a paid advertising campaign organized by the premiers.

Both sides, however, have said significant progress has been made in recent weeks toward a deal.

Stefanson, who is the chair of the Council of the Federation (made up of Canada’s 13 provincial and territorial premiers) attributed the headway to the prime minister’s desire to negotiate with premiers.

“It sounds like there’s more willingness to sit down now, which I think is great. I think that’s what Canadians expect of us,” she said.

A sticking point between the two sides has been the reluctance of the provinces to agree to certain conditions set by Ottawa in exchange for additional funding. Stefanson said she wouldn’t agree to strings attached without seeing a new funding proposal from the federal government.

The premier was in Lorette Monday to announce funding for a new community centre — featuring an arena, library, walking path and seniors centre — for the growing southeastern bedroom community.

The project echoes a 2016 pledge from the previous NDP government to build a multiplex, which then premier Greg Selinger said was contingent on the NDP’s re-election that year. The Progressive Conservatives were elected instead.

The centre, though, won’t have as many amenities as the multiplex the NDP had pledged. There were plans for a daycare, but the Rural Municipality of Taché did not include that ask in its 2019 application for infrastructure funding through a cost-sharing program between the feds and province.

Stefanson said nearly seven years after it was first promised, the difference now is that the Tory government is getting the project completed.

The updated community centre will get $4.4 million in funding from the federal government and $3.6 million from the province.

RM of Taché Mayor Armand Poirier said the municipal council must still meet to determine final costs. The price tag could approach $20 million, given the increasing cost of construction, he told CBC.

The municipality said the facility is still expected to go to tender before the summer.

Once completed, the community’s existing arena will be closed because its life expectancy has been exceeded, the province said.