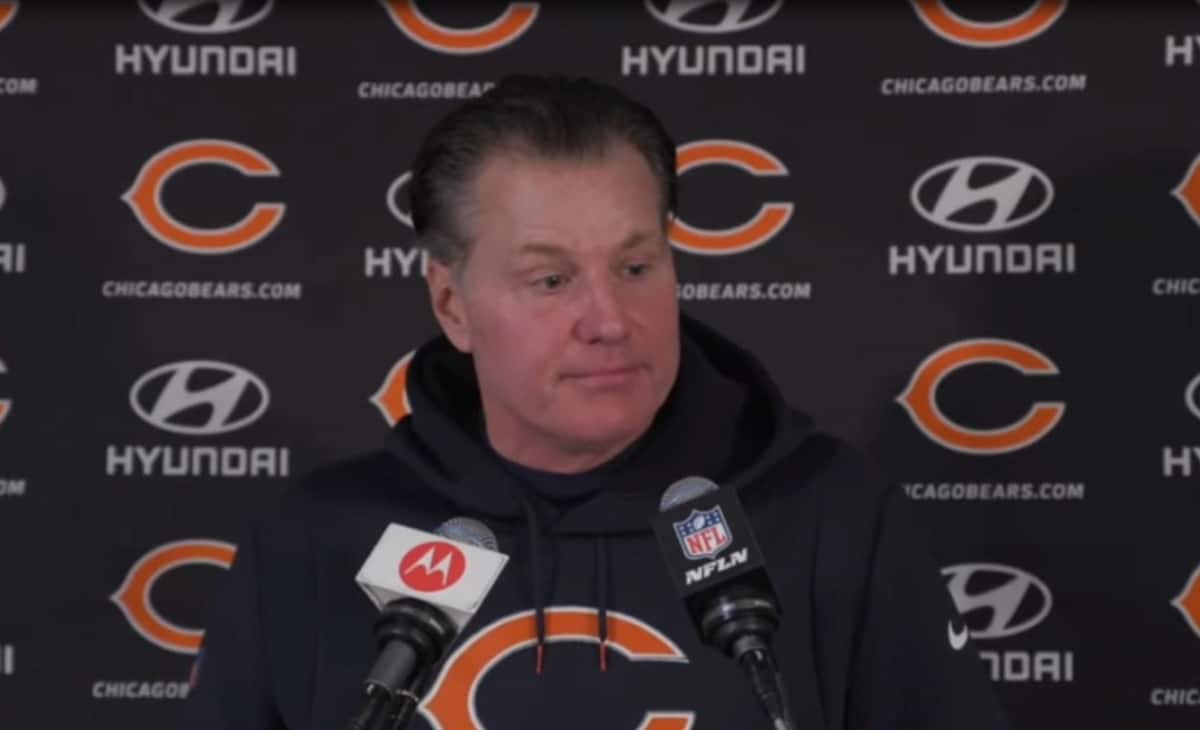 The Chicago Bears gave the NFC-leading Philadelphia Eagles a game on Sunday. They ultimately fell short 25-20. However, there were opportunities to steal it. Their biggest came in the 3rd quarter. Justin Fields led a touchdown drive to narrow the gap 17-13. Then the defense forced a quick punt, setting the offense up on their own 40-yard line. Fields and David Montgomery combined for 18 yards on the first two plays. Then Luke Getsy called an end-around to wide receiver Velus Jones, hoping to catch the Eagles napping. Instead, Jones fumbled the ball, giving it right back to them. It was a monumental blunder that head coach Matt Eberflus was not happy about.

Reporters asked him about the sequence after the game. While Eberflus is usually known for his even-keel mentality, he struggled to hide his frustrations with Jones.

This is something that has been building for weeks. Chicago wanted to give Jones a chance to build some experience, but every time they gave him chances, he managed to blow them in brutal fashion. He had muffed punts against the Giants and Commanders that basically killed the Bears’ chances of winning. There was the dropped pass against Dallas. Now he adds that fumble against Philadelphia to a growing list of reasons not to let him see the field.

At some point, a head coach has to cut his loss. The only reason Jones has played lately is thanks to rampant injuries at wide receiver. Darnell Mooney, Chase Claypool, and N’Keal Harry were all out. Then Equanimeous St. Brown went down with a concussion. The Bears had nobody left. GM Ryan Poles had high hopes for Jones thanks to his unique mix of speed and after-the-catch ability. None of that is much use if a guy can’t hang onto the ball, though. This might be one draft pick they have to move on from.

It’s not like their 2022 draft class was a waste. Kyler Gordon, Jaquan Brisker, and Braxton Jones all look like keepers. Expectations for Jones were high. Unfortunately, misses happen a lot in the draft. Matt Eberflus can’t work miracles. There comes a time when enough is enough. Draft status can’t protect Jones anymore. He needs to sit on the bench until he can show in practice that these ball security issues are done. Either that or get ready to find work elsewhere.