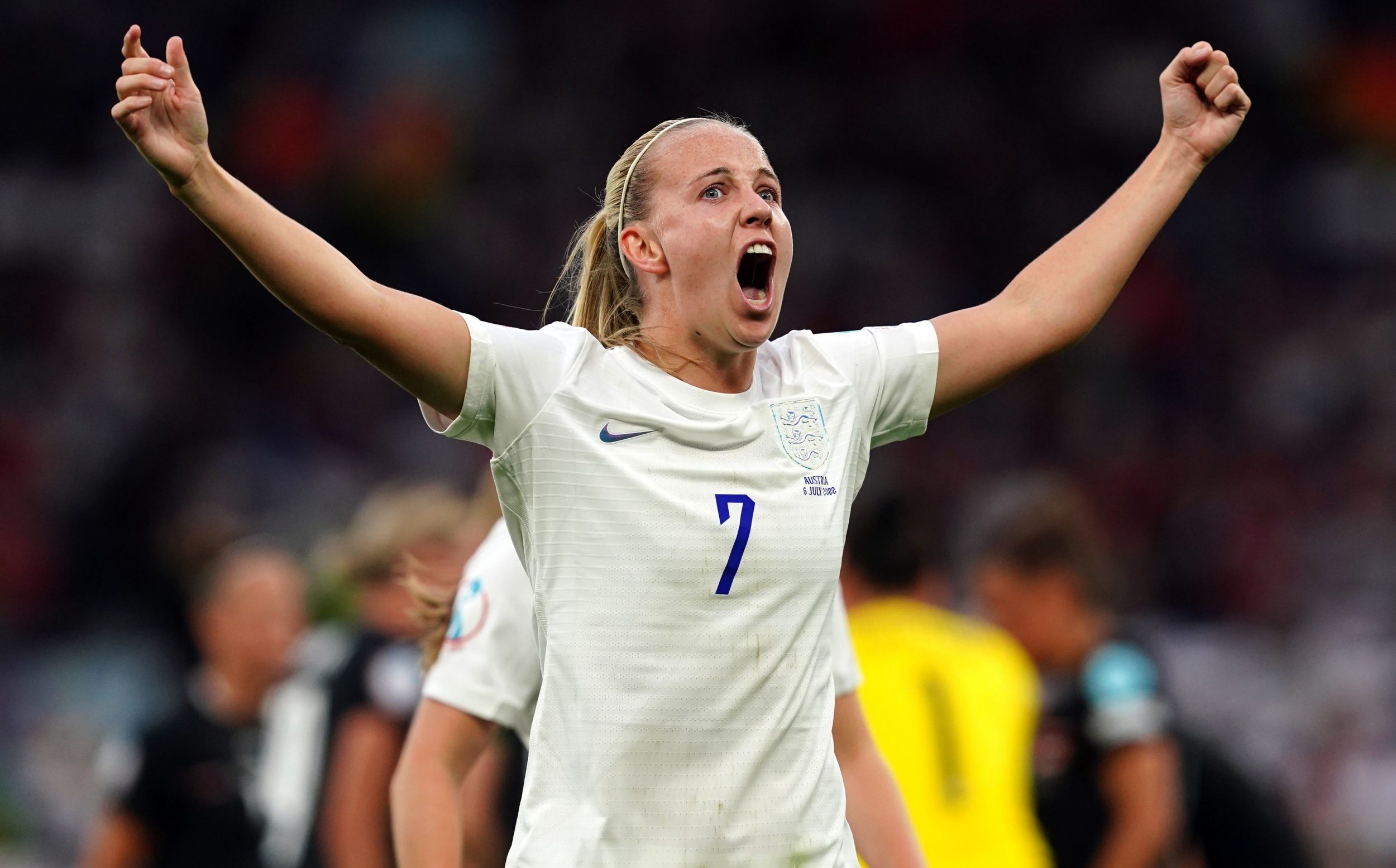 Lioness Beth Mead leads the first ever gender-equal shortlist for the BBC Sports Personality of the Year (Spoty), after an exceptional year for women’s sport.

Euros champion and Arsenal winger Mead is one of three women on the list of six contenders for the 69th edition of the prize, which will be awarded on Wednesday.

Gymnastics world champion Jessica Gadirova is also on the shortlist, alongside curling’s Eve Muirhead, who completed her career by winning gold at the Beijing Winter Olympics earlier this year.

They are joined by World Cup-winning cricketer Ben Stokes, who won Spoty in 2019, seven-time snooker world champion Ronnie O’Sullivan and Jake Wightman, who stormed to a shock 1500m gold at the World Championships in July.

The BBC has previously received criticism for lack of female representation at Spoty, but could well have two women winners in a row on their hands.

Emma Raducanu became the first woman for 15 years to win the award in 2021, after her US Open triumph at the age of 18, and Mead is tipped as the outright favourite to snap up the prize this year, after her golden boot-winning heroics for England at the home Euros.

It is expected that most of the nominees will attend Wednesday’s ceremony, plus hundreds of other stars, including many of the Lionesses, Dame Jessica Ennis-Hill and Sir Chris Hoy.

Spoty is the BBC’s long-running end-of-year sports review show to crown the Sports Personality of the Year. It remains, for the BBC at least, one of sport’s most prestigious awards.

Officially, the award goes to “the sportsperson whose sporting actions have most captured the UK public’s imagination during 2022.” Contrary to misconception the award has little to do with the winner’s personality; instead the title is a throwback an era when the words “personality” and “person” were largely interchangeable.

Other titles given out on the night are Team of the Year, Coach of the Year, Young Sports Personality of the Year, the Helen Rollason award “for outstanding achievement in the face of adversity” and the Unsung Hero of the Year.

The lifetime achievement award will be presented to former sprint champion Usain Bolt, while Lionel Messi has been selected as the world sports star of the year.

The televised event takes place tomorrow (Wednesday, December 21) with voting open to the public during the BBC’s programme. The show is broadcast on BBC One.

The event will be broadcast live from Media City in Salford.

What time will it start?

Coverage begins at 6.45pm GMT and is due to finish at 9pm.

How can I watch it?

BBC One and BBC iPlayer will have live coverage of the show. Gary Lineker will present the show – fresh off his lead-presenter stint at the Qatar World Cup – with Clare Balding, Gabby Logan and Alex Scott alongside him. Alternatively, you can follow the event by reading our live blog.

Who are the contenders?

England star Beth Mead leads the six nominees for Spoty 2022. The Arsenal forward won the Golden Boot for leading scorer and was named player of the tournament during England’s Euro 2022 victory in the summer.

The winner will be announced during a live show on BBC One on Wednesday. Vote below to pick the athlete you believe should win.

Arsenal forward Mead, 27, won the golden boot and player of the tournament at the Euros. Her six goals and five assists saw her play a starring role as England won its first major football trophy since 1966, helping women’s football break new ground in this country

Gadirova, 18, won three medals at the World Championships in Liverpool, taking gold in floor, silver in the team event and a historic bronze in the all-around competition – the first British woman to do so. She also won floor gold and team silver at the European Championships this year, and is on the Young Sports Personality shortlist with skateboarder Sky Brown and diver Andrea Spendolini-Sirieix.

Muirhead, 32, finally claimed her long-awaited gold medal at the Beijing Winter Olympics, her fourth games. She captained the British women’s team to the curling title, becoming Scotland’s most decorated curler and ending her career at the top of the sport.

O’Sullivan claimed his seventh world title to equal Stephen Hendry’s record Crucible crowns this year, two decades after winning his first. At 46, he was the oldest player ever to do so. Despite his longevity, O’Sullivan has never even placed in the Spoty top three, and a win would see him become the first snooker player to take home the prize since Steve Davis in 1988.

Stokes proved he remains one of cricket’s greatest competitors in 2022, with his unbeaten 52 pushing England to triumph in the T20 World Cup final. He became England Test captain in April and guided the team to their first Test series win in Pakistan in 22 years this week, as well as recording a winning record for the summer.

Middle-distance runner Wightman, 28, came from nowhere to become Great Britain’s first 1500m world champion for almost 40 years, beating Olympic champion and favourite Jakob Ingebrigtsen. He followed it up with bronze in the 1500m at the Commonwealth Games in Birmingham and 800m silver at the European Championships, capping off a stellar summer.

Who should win Sports Personality of the Year?