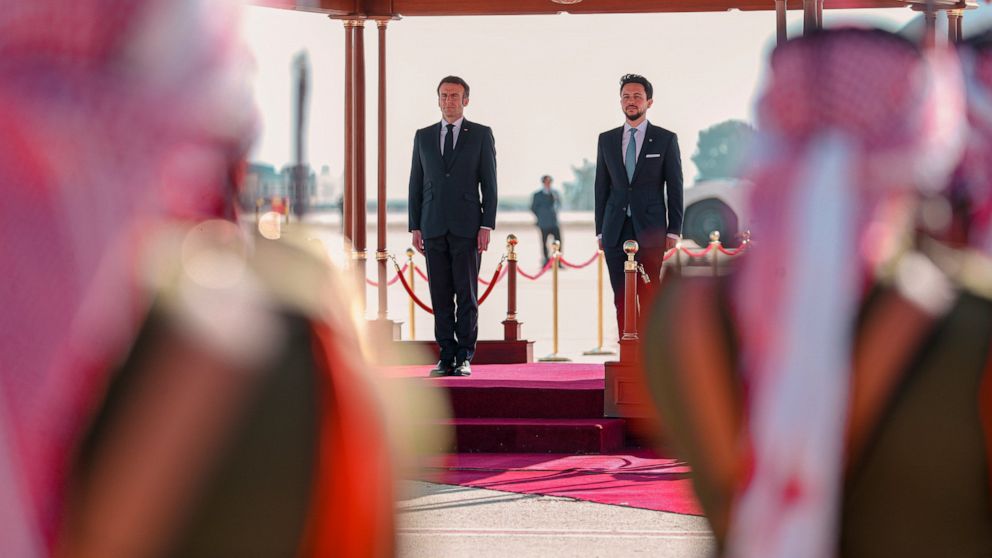 DEAD SEA, Jordan — Leaders from the Middle East and Europe gathered in Jordan Tuesday in a conference focused on bolstering security and stability in Iraq.

The meeting included high-level officials from regional rivals Saudi Arabia and Iran, along with leaders from France, Iraq, Turkey, Egypt, Kuwait, Bahrain, Oman and the European Union. The countries said the was to show “support for Iraq, its sovereignty, security, and stability, as well as its political process, its economic and development progress, and its efforts to rebuild.”

Iraq’s stability and security have been shaken for decades by internal and external conflicts. The 2003 U.S.-led invasion led to years of intense violence and sectarian strife, including the creation of the Islamic State extremist group and the empowerment of Iran-backed political factions and militias.

More recently, the country has been paralyzed by political gridlock, with the main dividing line running between Iran’s allies and opponents. Recently, Baghdad has attempted to assume the role of mediator between Iran and Saudi Arabia. But a series of talks between the two in Iraq have come to a halt, with Tehran reportedly accusing the kingdom of inciting protests in Iran.

Tuesday’s gathering was held as a follow-up to the Baghdad Conference for Cooperation and Partnership convened in Iraq last year with France co-organizing. Paris has taken an increasingly active role in the region in recent years, with President Emmanuel Macron also attempting to intervene to resolve the political crisis in Lebanon.

Speaking at Tuesday’s conference, Macron said France is attached to the stability of the region, which he said is struggling with “deadlocks, divisions, foreign meddling and security issues” in the interests of promoting peace and security in the broader Mediterranean basin.

“Iraq probably is, given the past decades, one of the main victims of regional destabilization,” Macron said. “We need to be able to….overcome the divisions of the moment.”

Jordan’s King Abdullah II said in his opening remarks that the meeting “takes place at a time when the region is facing security and political crises,” along with threats to food, water, health and energy security and the impacts of climate change.

Jordan has been facing domestic issues in recent days, after truck drivers launched a strike to protest high fuel prices and a police officer was killed in clashes with protesters last week. Subsequently, a shootout that erupted in the country’s south during an arrest raid related to the slaying left three officers and the suspect dead.

Associated Press writers Sylvie Corbet in Paris and Abby Sewell in Beirut contributed to this report.