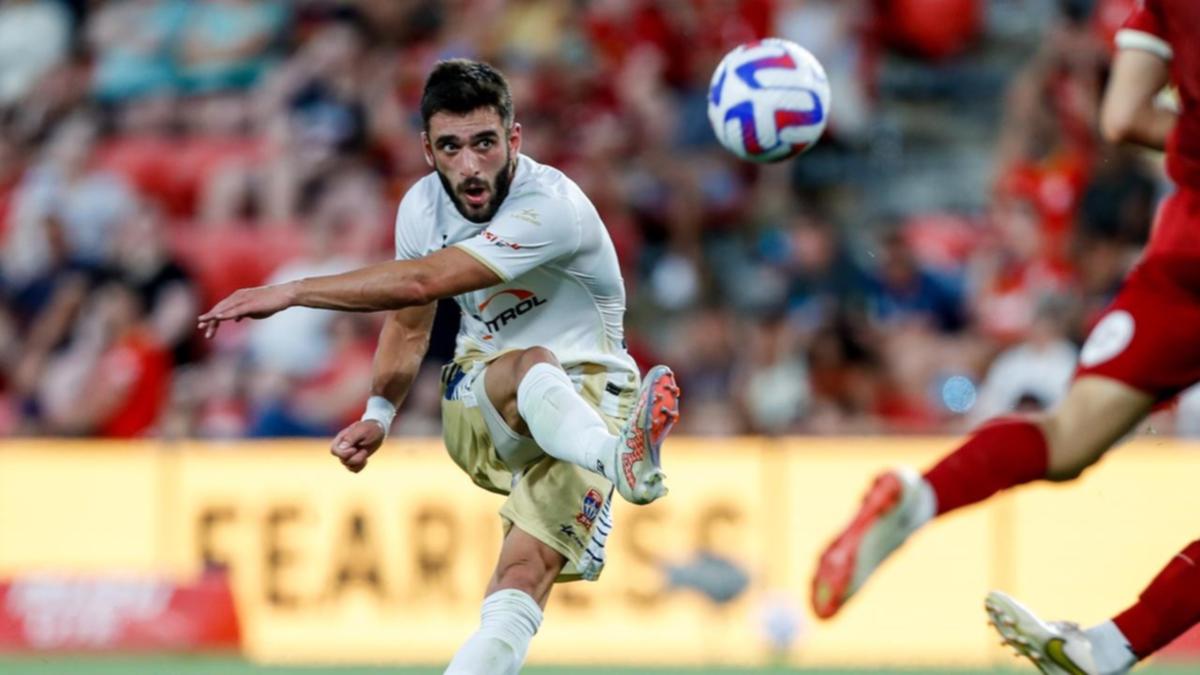 At the halfway point of the season Georgian forward Mikeltadze has scored just two goals this campaign, compared to the 13 he managed across the entirety of his maiden year in Australia.

As a team the Jets have managed just 11 goals in 13 games and must find a way of breaking down the Brisbane Roar at McDonald Jones Stadium on Friday.

“I know it’s a difficult period for him in terms of goals on the scoreboard but his mentality is unquestionable,” Papas said.

“He still works so hard for the team, he needs a couple things to go his way for sure.

“I’m sure once they do it will start flowing in.

“We’re at the halfway point of the season, only three points outside the six so there’s so much to play for.

“I’m really optimistic about what he can do in the second half of the season, but more importantly the group.

“I think it’s just a bit of confidence (for the team), as long as they keep getting in those positions, the goals will come.”

Losing the creativity of playmaker Daniel Penha over the off-season hasn’t helped Mikletadze’s cause after he finished second to Melbourne City’s Jamie Maclaren in the golden boot race last year.

Help is on the way, however, with Japanese international Manabu Saito due to arrive in the country in the coming days.

Papas was hopeful Saito, who can play anywhere in the final third, would be able to feature in next week’s away trip to Perth.

“He’s very motivated to come here, he’s already watching all our games, our footage, communicating back and forth.

“He can play anywhere across our frontline, he looks like a real promising signing for us.”