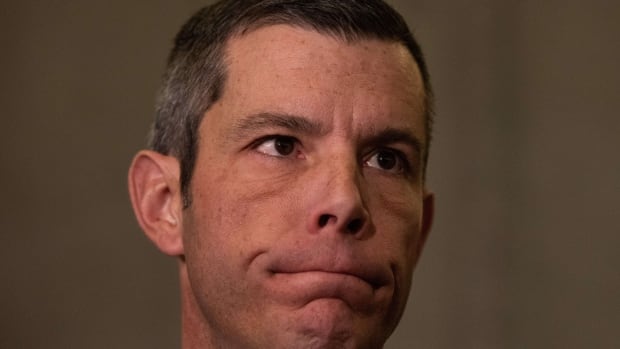 The Department of National Defence (DND) says Maj.-Gen. Dany Fortin, the senior military commander who once led Canada’s vaccine rollout, still has a job after being acquitted of sexual assault.

A Quebec judge ruled earlier this month that while he believed the complainant was sexually assaulted in 1988 at the Royal Military College Saint-Jean in Quebec, he wasn’t convinced beyond a reasonable doubt that the assailant was Fortin.

“Major-General D. Fortin was appointed to a new position as senior adviser to Commander Canadian Joint Operations Command, in Ottawa,” the Canadian Forces stated on Dec.15, more than a week after Fortin’s acquittal.

That position is the same one Fortin was given after he was dropped from his job leading Canada’s national vaccine delivery operation at the Public Health Agency of Canada in the spring of 2021, shortly after the sexual assault allegation came to light.

The military says the new message is meant to formalize that position.

According to Fortin’s spokesperson, he remains in “limbo” with no assigned work and is now the subject of a mandatory administrative review to determine his fate in the Canadian Armed Forces.

That administrative review is based on a burden of proof easier to meet than the one employed in criminal trials, says an expert in military law.

The military’s administrative review process will decide — based on what the military calls a “balance of probabilities” — if it’s more likely than not that the alleged sexual assault took place.

The Canadian Armed Forces also must decide if anything Fortin has done violates “professional standards” or calls into question “the viability of a CAF member’s continued service,” says a military order on the DND website.

Conviction in criminal court requires proof beyond a reasonable doubt that a crime was committed.

A judge has acquitted Maj.-Gen. Dany Fortin, who once led Canada’s COVID-19 vaccine rollout, of one count of sexual assault following a trial this fall. Fortin says he is now planning his next legal move, saying his career was derailed by a lack of due process.

“The administrative review constitutes a process whereby an individual who has been found not guilty by a court of law can then be found to be guilty of the same alleged offence based on the lesser legal standard of “‘a balance of probabilities,'” said the spokesperson, who asked not to be identified to avoid online reprisals.

Fortin’s commanding officer is expected to obtain the criminal court transcripts, the judge’s decision and the military police investigation case file, according to a miltiary directive.

Retired colonel Michel Drapeau, a military law expert, said “everything is easier to prove on a balance of probabilities.”

He said that while Fortin and his family have gone through a “public, exhaustive criminal court process,” it’s disappointing but not surprising that the military is conducting an administrative review because it’s “pedantically following their own rule.”

“The results will surely be to further alienate … Fortin and undermine his ability to effectively return to the senior ranks,” Drapeau told CBC News. “Regrettably, this is not a good omen for his anticipated re-instatement in the general officer corps.”

This is believed to be the first administrative review involving a general officer since the current military sexual misconduct crisis began in 2021, leading to an unprecedented number of senior officers being sidelined from prestigious posts over sexual misconduct allegations.

The government tasked retired Supreme Court justice Louise Arbour with reviewing the crisis. Her report, released in May, found that out of 290 administrative reviews of sexual misconduct between 2015 and August 2021, none involved the conduct of general and flag officers.

Arbour said during her review she “repeatedly heard frustration about administrative action for sexual misconduct” from people who didn’t trust the process because it wasn’t transparent and took too long.

No decisions about potential postings yet, says DND

Fortin’s spokesperson said he’s a “long ways away from a resolution” and Arbour’s report contained recommendations that could add additional steps to the process.

DND did not confirm the administrative review was underway, citing privacy concerns. DND spokesperson Daniel Le Bouthillier said the military is following “established processes” and “while this takes place, all involved members would have access to any support we can provide.”

No decisions about Fortin’s “potential postings have been made,” said Le Bouthillier.

Fortin is also challenging his removal from his role at the Public Health Agency of Canada in Federal Court. A date for his appeal has not been set.