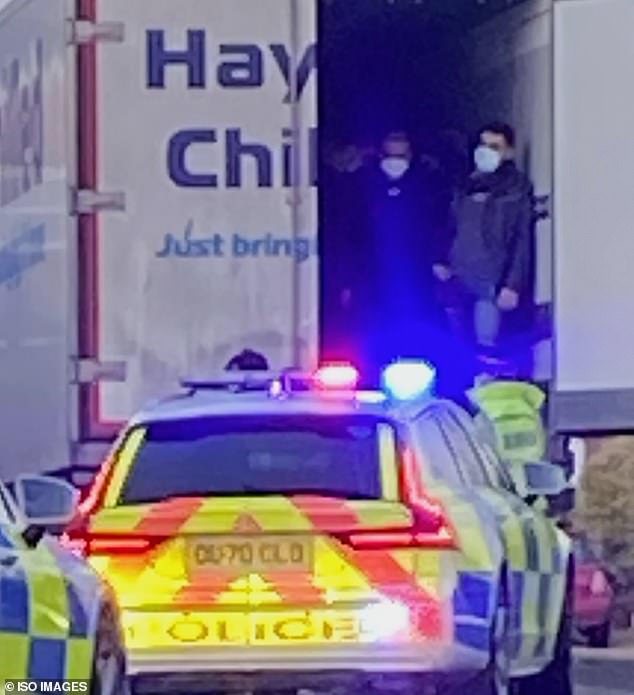 By Elly Blake and Stewart Carr For Mailonline

Police have swooped in on a refrigerated lorry carrying what appears to be illegal immigrants in Hertfordshire this afternoon.

Officers descended on the lorry in a leafy suburb of Potter’s Bar close to the M25 and unloaded young men from inside the trailer in front of shocked residents.

The situation is still ongoing and paramedics are at the scene.

A Herts Constabulary spokesman said: ‘Police were made aware of people travelling in the back of a lorry today. The lorry was located and stopped in Potters Bar. Nine people were located inside.

Police have stopped what appears to be a refrigerated lorry carrying illegal migrants in Potters Bar on Tuesday afternoon. 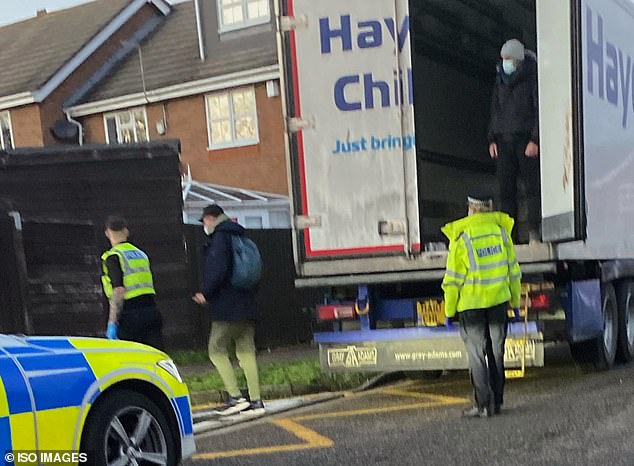 ‘The individuals were checked over by the ambulance service and have been detained.

‘Officers are liaising with the immigration service. A man has also been arrested for facilitating illegal entry.’

The East of England Ambulance service said they were directing enquiries to police at this stage and did not comment.

The lorry firm, Hayden Chilled, based in Dumfries, Scotland, declined to comment when contacted by Mail Online.

The Home Office has also been approached for a statement.

The shocking finds comes as the UK faces a backlog in processing asylum seekers, with 16,844 Iranians and 9,196 Afghans waiting for a Home Office decision at the end of September.

Yesterday, Home Secretary Suella Braverman defended the UK’s ‘humane and practical’ plan to deport migrants to Rwanda to deter Channel crossings, after the High Court said the scheme did not break the law.

The Home Secretary defiantly vowed to start sending people to East Africa under a £140million programme Rwanda ‘as soon as possible’ after a ruling in favour of the Government and against charity campaigners.

Two judges rejected arguments that the proposal to provide one-way tickets to the east African nation were unlawful but ruled that the cases against eight individual asylum seekers were not ‘properly considered’ and should be reexamined. 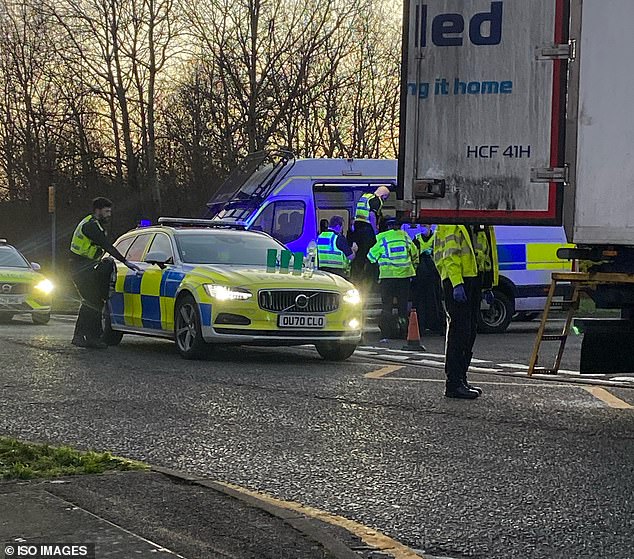 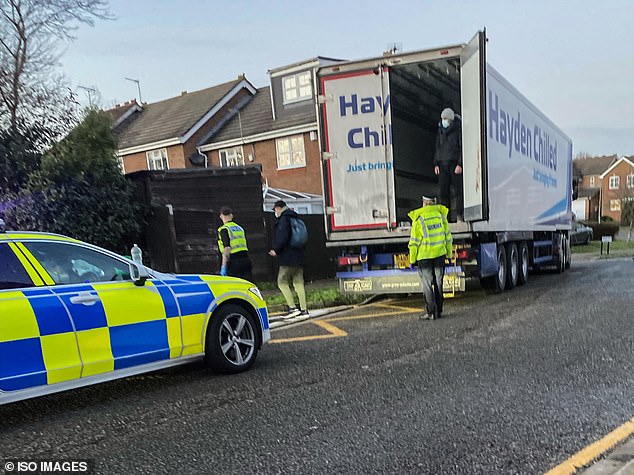 Police at the scene unloaded young men out of the lorry 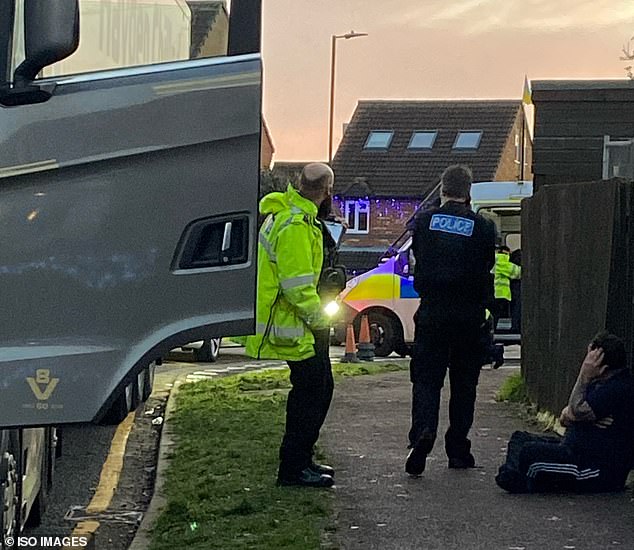 Police at the scene on Tuesday afternoon in Potters Bar, Hertfordshire

It paves the way for flights to East Africa to finally begin, with lawyers and charities urged by MPs to accept the ruling and cease legal efforts to stymie them.

Ex-home secretary Priti Patel has urged ministers to ‘move at pace’ in processing asylum claims in Rwanda after a deportation plan was declared lawful by judges.

Following the High Court’s ruling that the £120million scheme did not breach human rights laws, Ms Patel called on the Government to push forward with the asylum shake-up.

As the architect of the Rwanda plan from her time in the Home Office, the former Cabinet minister also delivered a stinging attack on those who have launched legal challenges against it.

She hit out at the ‘usual left-wing activists, lawyers and MPs’ who ‘have sought to do everything they can to block’ the sending of migrants to Africa.

Ms Patel claimed their action in delaying the implementation of the Rwanda scheme had ‘put more lives at risk’ as migrants continue to make perilous journeys across the Channel.

And she claimed they had given ‘succour’ to the ‘evil’ people-smuggling gangs who ‘facilitate this trade in human misery’.