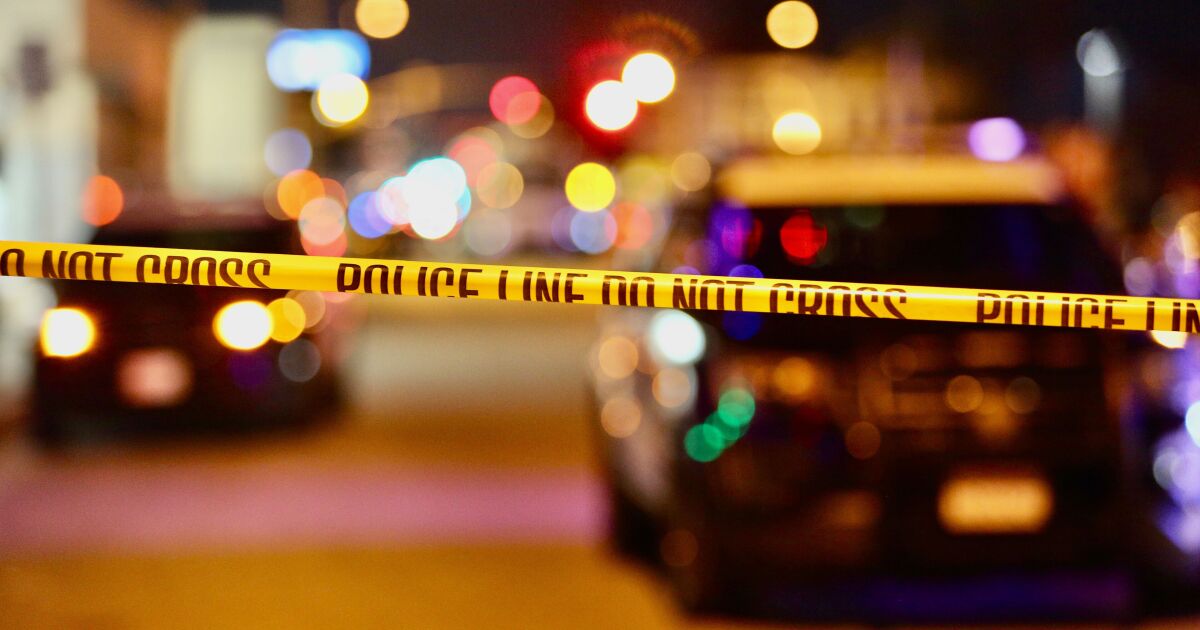 They are among many Hollywood figures of Asian descent mourning the victims of the tragedy, which unfolded inside the Star Ballroom Dance Studio on West Garvey Avenue, near the site of a Lunar New Year festival held earlier that day. Officials have not determined a motive in the attack in Monterey Park — a city of 61,000 in the San Gabriel Valley that is 65% Asian American and 27% Latino.

Asked whether the case was being investigated as a hate crime, Los Angeles County Sheriff Robert Luna said: “Everything is on the table.”

“For those who are unfamiliar, Monterey Park is a city in LA County that is majority AAPI. It’s home of Asian American families, parents, grandparents, siblings, sons and daughters, aunts and uncles. All of whom were looking forward to celebrating the New Year this weekend,” tweeted Liu, star of Marvel’s “Shang-Chi and the Legend of the Ten Rings.”

“I am shocked, saddened, angered, and heartbroken for the families who have been affected tonight. Please use the replies here to post more info as it comes out, as well as any verified fundraisers for the victims. I’d like to give what I can.”

“Star Trek” alum Takei and “Crazy Rich Asians” actor Jeong also took to Twitter to express their sorrow and offer their sympathies to those directly affected by the violence.

“Just heard the horrifying news out of Monterey Park, CA. A whole community wracked by gun violence and death, on what should have been a joyous Lunar New Year celebration,” Takei wrote. “No motive is yet known. But we must act to end the ability of murderers to take so many lives so brutally.”

“My heart goes to all affected in #MontereyPark,” Jeong wrote. “Senseless. This needs to stop now.”

Sunday morning at the Sundance Film Festival, “Lost” and “New Amsterdam” star Kim remarked on the incident and encouraged members of the Asian American community to seek “counseling and support.”

According to Deadline, Kim attended the festival to celebrate the launch of the Sunrise Collective — comprising his production company, 3AD, and two organizations supporting Asian American and Pacific Islander communities: Gold House and the Asian American Foundation. In a statement shared on social media, Gold House confirmed that a relative of one of its staff members “is among the victims” of the Monterey Park shooting.

“This is something that, in the face of celebration and festivities, is worth noting because this is the reason that Sunrise House and the Sunrise Collective was formed,” Kim said at the festival.

“We are here to celebrate our achievements but also provide a place of community. And with a tragedy like this, several of our members who are working on the staff are actually from the area. … This is the heart of why we exist. … We are here for our community today.”

Kim also addressed the shooting on Twitter, writing, “On a traditional day of celebration, today it is also marked by tragedy. We often speak of the term ‘community.’ As important as it is for ours to come together of times of celebration, perhaps it’s even more important to be there for each another in times of loss. … Today, as it is all too often, my heart is with all the victims of gun violence in America, and especially the victims of #MontereyPark.”

Another Sundance attendee, Cola, told the Associated Press that she wept after learning of the attack in Monterey Park, her hometown. Cola and her castmates addressed the shooting ahead of the premiere of their new film, “Shortcomings,” in Park City, Utah.

“I definitely cried myself to sleep, to be honest, because this is Monterey Park, California, like where I grew up, the 626, San Gabriel Valley,” Cola said. “This is where my Buddhist temple is, you know? Like all my friends I grew up with they were born in Monterey Park. It’s this hometown that I’m so proud to call my hometown.

“It’s just a reminder, as we premiere this film today, celebrating unapologetic, authentic AAPI voices in a different way … that we still have to reclaim our validation as human beings in this country and in this industry,” she added. “I think by talking about it is moving the culture and community forward. To just show each other grace and having each other’s backs is all we can do.”

On Instagram, “The Gateway” star Munn and “Moon Manor” actor Look both shared news coverage of the attack and offered words of support to the Asian American and Pacific Islander community.

“Shocked and devastated at this news,” Look wrote. “To my community: reach out, don’t process this alone. Hold your family and friends close. Sending love to anyone who lost someone last night in the mass shooting. Please keep them in your thoughts.”

“I want you all to read until you are triggered like the whole #aapi community has been for a very long time,” Gurung wrote. “I am not just talking about this particular incident. The hate attacks on the AAPI community have been going on for a while. We have been triggered and traumatized continually. The silence and apathy don’t help. We are talking about it incessantly till you all listen, look at it, and internalise it because it could be your community next. The winds of hatred, directionless, see no race. One day they might be blowing towards you.”

“I just can’t with this sad & hateful world we live in,” Nakamura wrote.

“I want to wish you a happy year of the rabbit. I want to show you the dumplings I made yesterday from scratch. Instead I’m just in shock. Processing,” Ng wrote. “We don’t ‘know’ if it’s a hate crime. But: At an Asian-owned club, at a Chinese Lunar New Year celebration, in a heavily Asian area, on Lunar New Year’s Eve. I’m bracing myself, as others have said.”