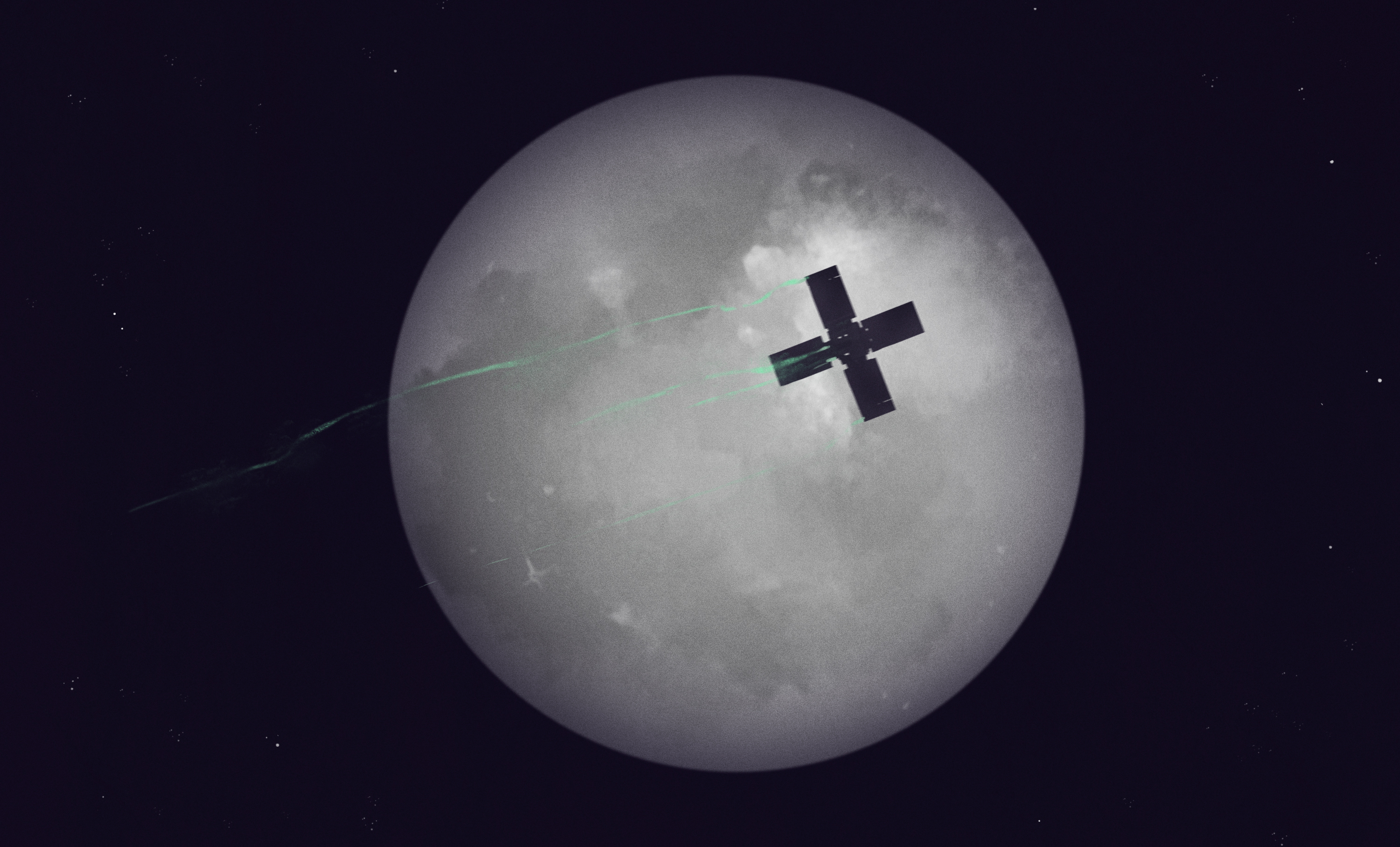 If you’re a space fan, these are very exciting days. There’s so much happening overhead that sometimes it can be difficult to keep up with the latest news. Artemis I just got back from the Moon, the International Space Station crew are dealing with a busted Soyuz, SpaceX is making incredible progress with their Starship architecture, CubeSats are being flung all over the solar system, and it seems like every month a new company is unveiling their own commercially-developed launch vehicle.

So with everything going on, we wouldn’t be surprised if you haven’t heard about NASA’s Lunar Flashlight mission. The briefcase-sized spacecraft was launched aboard a special “rideshare” flight of SpaceX’s Falcon 9 rocket back on December 11th — tagging along with two other craft heading to our nearest celestial neighbor, the Japanese Hakuto-R lander, and a small rover developed by the United Arab Emirates. There was a time when a launch like that would have been big news, but being that it was only the second of seven launches that SpaceX performed in December alone, it didn’t make many headlines.

But recently, that’s started to change. There’s a growing buzz around Lunar Flashlight, though unfortunately, not for the reasons we’d usually hope. It seems the diminutive explorer has run into some trouble with its cutting-edge “green” propellant system, and unless the issue can be resolved soon, the promising mission could come to an end before it even had a chance to start.

Shining a Light on Lunar Ice

After decades of false starts, it seems like NASA is finally serious about refreshing the Moon’s supply of American flags. But while the Apollo missions only saw astronauts make short jaunts to the lunar surface, the Artemis program promises to establish a long-term human presence on and around the Moon. To pull it off, the space agency needs as much information as possible about the lunar environment, hence the notable uptick in reconnaissance missions recently.

Lunar Flashlight is one such mission. Its goal is to search for and quantify water ice deposits on the Moon, specifically in the permanently shadowed craters located in the the polar regions. An accurate map of these ice deposits, once confirmed by a subsequent robotic mission, will almost certainly influence the decision making process when it comes time to establish the location for humanity’s first lunar outpost. A local supply of ice means the facility could produce its own oxygen and rocket propellants, not to mention provide vital drinking water to astronauts.

Originally Lunar Flashlight was to be equipped with a large solar sail, which would have been used to reflect 50 kW of sunlight towards the surface of the Moon to facilitate visual and spectral observations. From an altitude of 20 kilometers (12 miles), it was estimated the spacecraft could have lit up a spot 400 meters (1,300 feet) in diameter.

As you might expect, the final version of the hardware ended up being considerably less fanciful. It will still swoop down to an altitude of 20 km, but the solar sail has been replaced with four lasers operating at different infrared wavelengths: 1.064, 1.495, 1.85, and 1.99 µm.

The beams will illuminate a 35 m (115 ft) spot of the lunar surface, with the reflected light being collected by a mirror and directed into a indium gallium arsenide (InGaAs) photodetector. The basic principle is that ice is expected to absorb some of the laser light, while the highly reflective regolith will bounce more of it back to the spacecraft. The hope is that this reflectivity data, when combined with existing observations, will finally confirm the location and density of surface water ice.

Of course, it’s all moot if the Lunar Flashlight spacecraft never makes it to the Moon.

In Thrust We Trust

As of the latest update from NASA, ground controllers have noted that three out of the four thrusters on the spacecraft are under-performing. This would seem to hint at some sort of systemic issue rather than a problem with the thruster design or control hardware, which is where things start to get interesting.

Lunar Flashlight is the first spacecraft to use a new “green” propellant known as AF-M315E outside of low Earth orbit. Not only is this new propellant less toxic than the hydrazine traditionally used, it’s more efficient: it offers 12% higher specific impulse (ISP) and is approximately 50% denser, so you can pack more thrust into the same sized tank. For performance reasons alone, the new propellant was worth looking into — the lower toxicity, which will make handling craft on the ground easier and safer, is really just an added bonus.

Now, there’s no question that AF-M315E works. The Green Propellant Infusion Mission (GPIM) spent over a year in orbit testing the new propellant and quantifying its performance, and the formula had been studied for years by the Air Force Research Laboratory (AFRL) on the ground. While true it has never been used this far from Earth before, there’s no obvious reason that should have an impact on its behavior. Yet the fact remains that, if three out of four thrusters are experiencing the same issue, the this points to a problem with the propellant itself.

Or at least, the system that delivers the propellant. It’s worth noting that the Lunar Flashlight’s propulsion system, which was co-developed by NASA’s Marshall Spaceflight Center and the Space Systems Design Lab at the Georgia Institute of Technology, utilized 3D printing to produce a one-piece propellant manifold with integrated fluid channels. While undoubtedly a more mass efficient way to produce the component, it seems likely that inspecting it for debris or foreign material would be more difficult when compared to traditional plumbing.

Though the reason has yet to be determined, NASA says that ground controllers are currently operating on the assumption that something is clogging the propellant lines of the spacecraft, and that running the thrusters for longer may clear up the blockage. As it so happens, in early February the spacecraft will need to start making larger course corrections as it approaches the Moon, so ground controllers will get their opportunity to open up the throttle very shortly. We’ve got our fingers crossed.