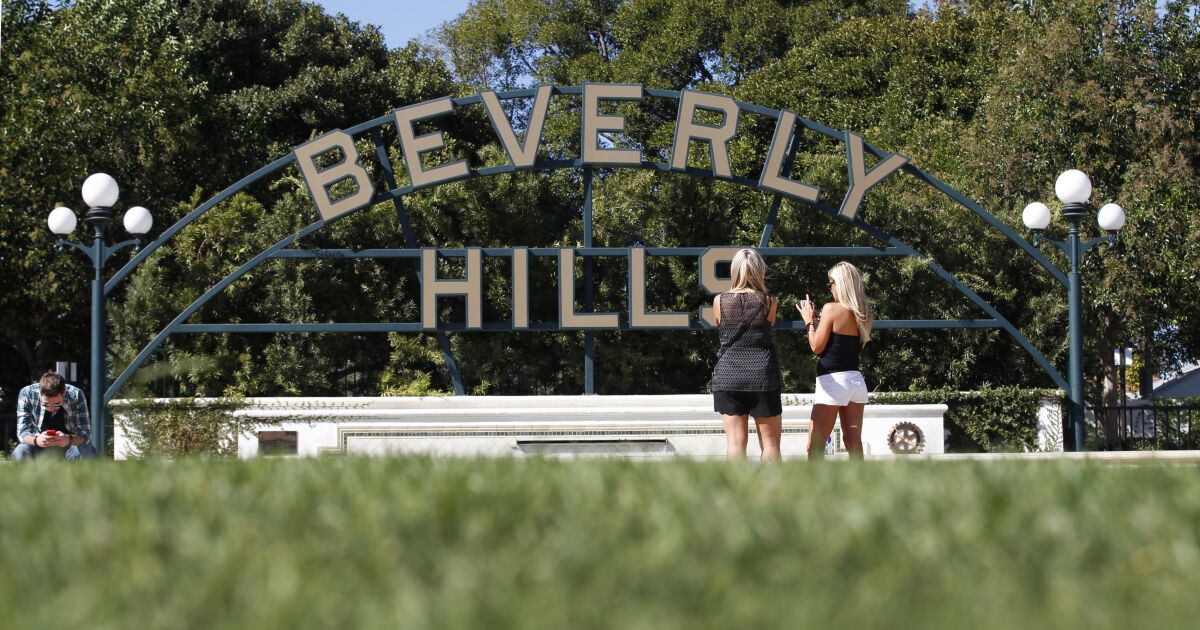 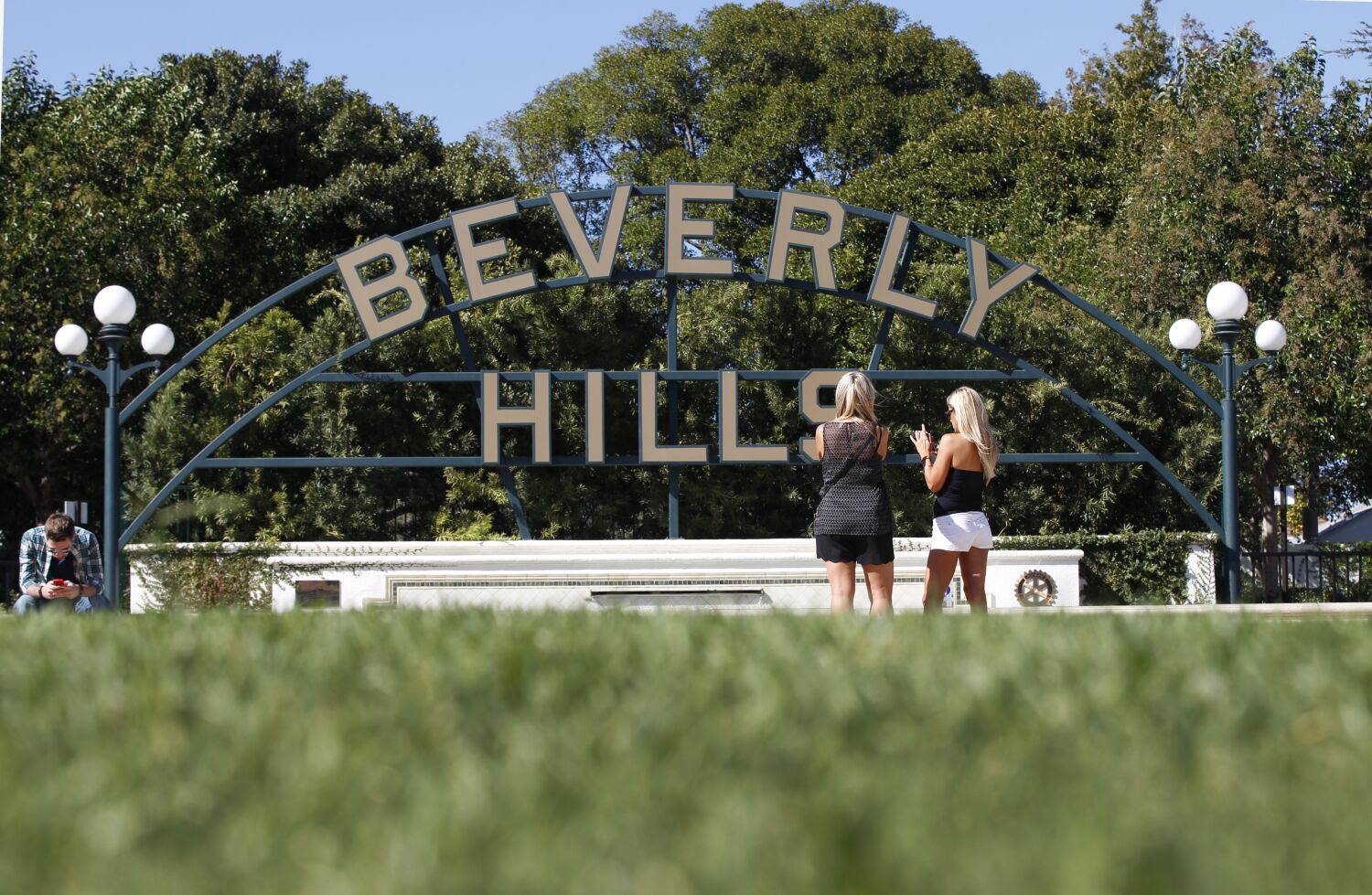 A Texas man was arrested Sunday night on suspicion of carving antisemitic, Nazi symbols into the base of a large menorah in Beverly Hills.

Officers were called around 8 p.m. to a report of a person defacing a menorah near Sunset Boulevard and Foothill Road, according to the Beverly Hills Police Department.

The suspect, identified Monday as 47-year-old Dallas resident Eric Brian King, was captured on surveillance video that showed him throwing objects at the menorah, police said.

Sunday was the first night of Hanukkah.

“The initial investigation revealed that King carved Nazi symbols into the base of the menorah,” police said. “He was charged with felony vandalism and a hate crime.”

Detectives are continuing to look into the case and additional charges are possible, police said.

“A despicable act such as this will never be tolerated in our city,” Police Chief Mark G. Stainbrook said.

Los Angeles County Sheriff’s Department jail records show King was booked at 10:41 p.m. Sunday and was being held on $20,000 bail as of Monday.

Rabbi Noah Farkas, president and chief executive of the Jewish Federation of Greater Los Angeles, said his organization is aware of the incident and is working with Beverly Hills officials and local law enforcement “to ensure that justice is served and future acts of hate can be prevented.”

“It is unfortunate that we as Jews can’t even have a peaceful display of our religion without being targeted in this disturbing wave of recent antisemitism locally and globally,” Farkas said. “We will not let this act, or any act of hate, deter us from celebrating the wonder of Hanukkah and the joy of being Jewish. We will continue to live with pride and will never allow an incident like this to diminish our spirit.”

According to a report released this month by the L.A. County Commission on Human Relations, hate crimes surged last year to their highest level since 2002.

The report noted 786 victims of hate crimes, a 23% increase over 2020. Of the 111 religious crimes in the report, three-quarters targeted Jews.

Though the report does not include any data from 2022, experts say it’s unlikely the trend has changed since last year.

According to Los Angeles Police Department data analyzed by the Center for the Study of Hate and Extremism at Cal State San Bernardino, hate crimes in Los Angeles rose by 12% in the first 10 months of this year over the same period in 2021. Anti-Jewish hate crimes went up 13%, from 71 to 80.

Brian Levin, the center’s director, said he expects the number of hate crimes to continue rising into 2023 with high-profile figures such as Kanye West openly spouting antisemitic remarks online and in interviews. Two months ago, a hate group waved a banner on a 405 Freeway overpass in Los Angeles in support of the rapper’s comments.

“It’s not just the kind of antisemitic attack now that occurs where someone wants to be anonymous in a dark alley,” Levin said. “This is an in-your-face brazen type of antisemitism.”