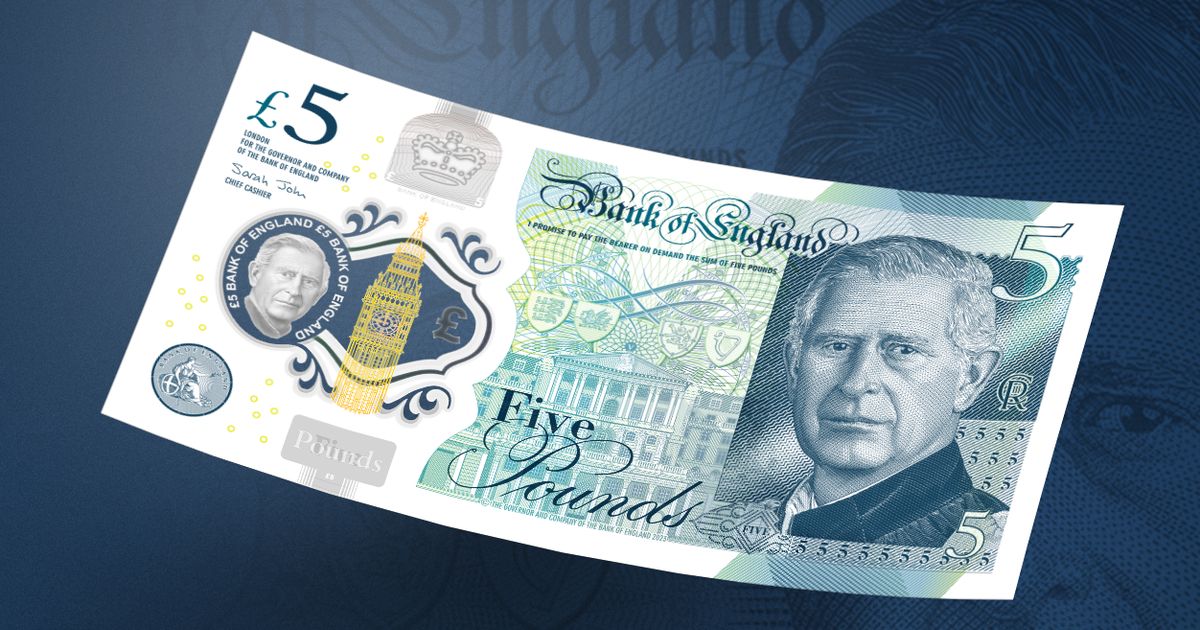 The first banknotes to feature King Charles have been revealed in what the Bank of England has called a “significant moment”.

The new £5, £10, £20 and £50 polymer banknotes feature a portrait of Charles on the front – as well as a cameo of the monarch in the see-through security window.

The notes will eventually replace those that feature his mother, Queen Elizabeth II, and will begin to circulate from the middle of 2024.

Other than the King’s portrait, the designs have not changed from those used in his mother’s reign.

The Bank of England also confirmed that all existing plastic banknotes featuring Queen Elizabeth II will still be accepted as legal tender, even when the two versions “co-circulate”.

“I am very proud that the Bank is releasing the design of our new banknotes which will carry a portrait of King Charles III,” said the Bank of England governor Andrew Bailey.

“This is a significant moment, as the King is only the second monarch to feature on our banknotes.”

The first Bank of England note to feature Queen Elizabeth II’s portrait was a £1 note issued in 1960.

The official coin effigy of King Charles III was revealed a few months ago by The Royal Mint.

The first coins to feature the new King’s portrait were special edition £5 and 50p coins, commemorating the life and legacy of the late Queen Elizabeth II.

British sculptor Martin Jennings was the artist behind the King’s portrait, which faces the left – the opposite direction to the Queen on existing coinage.

This is due to a tradition that dates back to the 17th century that alternates the way successive monarchs face.

As the Royal Family website explains: “From the time of Charles II onwards, a tradition developed of monarchs being represented on the coinage facing in the opposite direction to their immediate predecessor.”

The only exception to this rule was the brief reign of Edward VIII, the site explains, who “liked portraits of himself facing to the left, even though, according to tradition, he should have faced to the right.”