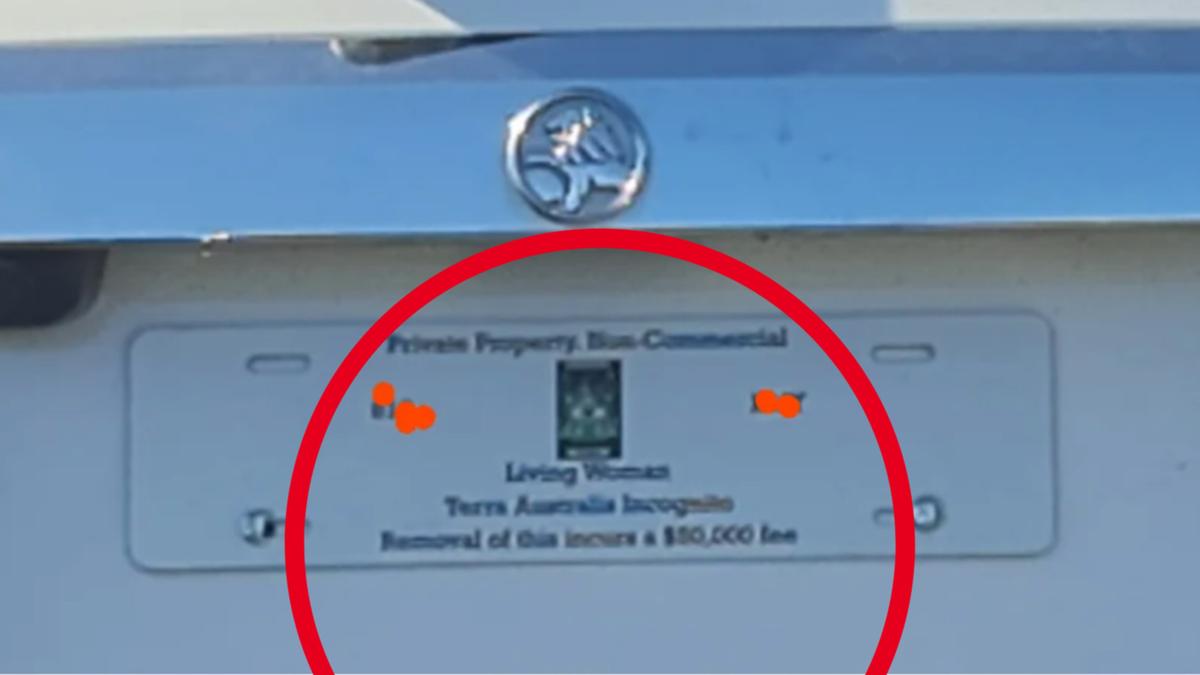 A motorist has come under fire after an image of their licence plate was shared on social media.

A passing driver took a photo of the unusual number plate, which they spotted in north Queensland, before posting it on Reddit.

For more Lifestyle related news and videos check out Lifestyle >>

The letters and numbers that should be on the number plate have been added in 1cm-high font, making it impossible to read from a distance.

In their post, the Reddit user asked for help explaining the meaning behind the bizarre number plate.

“What’s with the license plate?” the driver asked.

“The plate number is in 10mm high font where the red dots are. Surely this is illegal? Is this some type of sovereign citizen thing?”

The Reddit user said that the plates were on front and back of the car, adding: “Font was too small to read from two car lengths. Plates were professionally made, this lady didn’t knock them up.”

Many Reddit users believed the plates appeared to belong to someone claiming to be a sovereign citizen.

The sovereign citizen movement is made up of people – often conspiracy theorists, tax protestors and activists – who say that are answerable to their own interpretation of Australian law.

Sovereign citizens believe they are not subject to any government statutes unless they consent to them, and often find “loopholes” to escape paying taxes.

Responding to the driver’s post, many Reddit users were quick to voice their disapproval of sovereign citizens.

“Any money they’re calling themselves sovereign citizens but still have an Australian passport, state driver’s license and use their Medicare card,” said one.

Another added that sovereign citizens were “people who believe they have some intrinsic rights to do what they want and not pay fees, levies, taxes etc, but still enjoy the benefits they bring.”

A third wrote: “It’s these wackos that think that the laws of Australia don’t apply to them. But ignore that when they use our government provided services.”

Many called on the driver to report the car to authorities.

“If you know the location of where the vehicle is housed you can always notify the police info line,” one said.

Others were left scratching their head’s over the motorist’s threat to fine anyone who touched the licence plate $50,000.

“It is indeed a sov-cit thing. I’m not sure how they’re going to go about collecting that ‘fee’!” said one.

Another wrote: “Who’s gonna enforce the fine? The government?”

Australian tourist destination to shut its gates after 25 years