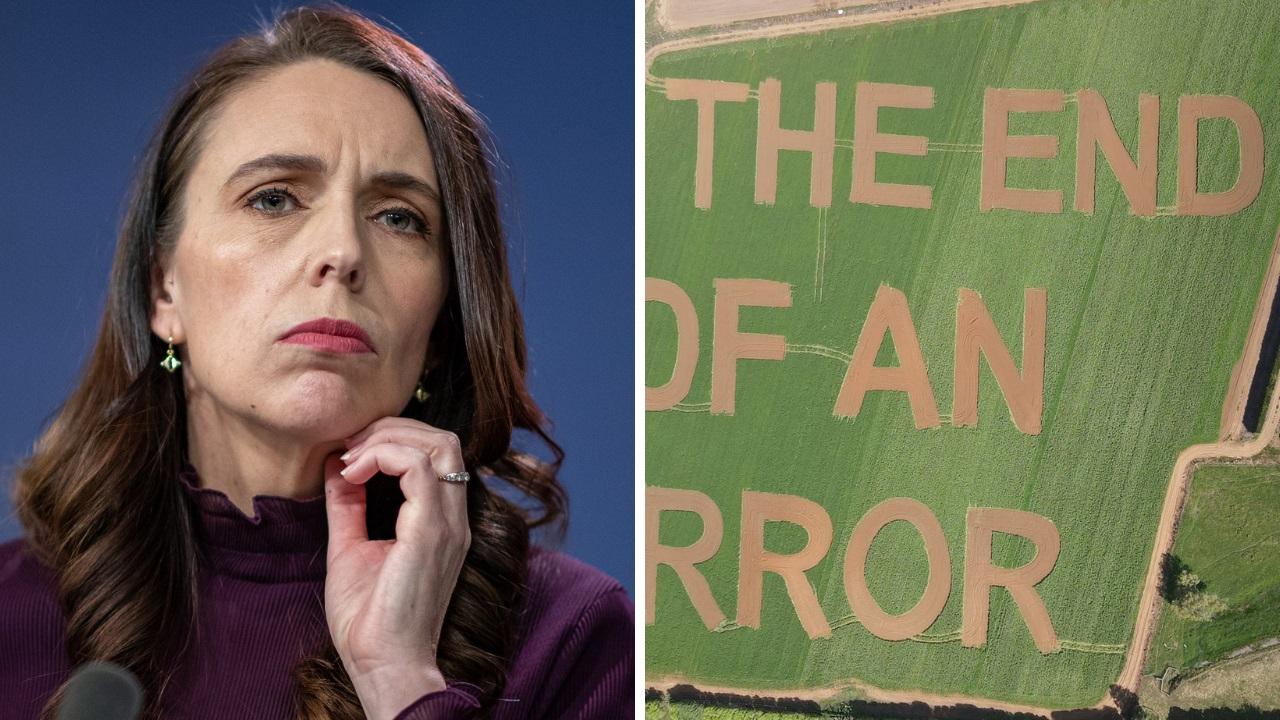 An Auckland farmer has mowed a huge message into his paddock to be seen by those flying in and out of the city after the shock resignation of New Zealand Prime Minister Jacinda Ardern.

Rodney Ng shared the process of him carving out the “end of an error” message using GPS on his tractor on TikTok.

“Hey Cindy! The farmers of NZ would like to wish you all the best! We had our ups and downs. We don’t agree with a heck of a lot but that’s water under the bridge,” he wrote.

“We can all celebrate now. I thought we’d all send you a message, you were one of a kind, that’s for sure.”

He quipped: “I hope I’ve spelt it correctly.”

Ms Ardern choked back tears while announcing she would stand down as the country’s prime minister last week.

She said was resigning because she didn’t have “enough in the tank”.

The New Zealand Labour Party unanimously endorsed Chris Hipkins to take over, who will be sworn in on Wednesday.

Hipkins is Police Minister and Education Minister, but became well known to many New Zealanders through his role as Covid-19 Minister.

While Ms Ardern has a strong reputation on the world stage, she is not universally popular in New Zealand.

Mr Ng said farmers felt like they weren’t listened to or taken seriously under her government.

“Her policies will put strain on the farmers and severely affect the cost of living crisis for all Kiwis,” he told news.com.au.

One of those policies condemned by farmers is the so-called “burp and fart tax”.

Agriculture makes up nearly half of the country’s greenhouse gas emissions.

Under the proposed plan farmers would be taxed for methane output including that emitted naturally by livestock through burping and farting, and fertiliser-rich urine.

“No other country in the world has yet developed a system for pricing and reducing agricultural emissions, so our farmers are set to benefit from being first movers,” Ms Arden said in an October press conference.

Her Instagram post on the plan was met with a barrage of complaints from the farming community.

“Thanks for absolutely destroying the primary sector and making it financially impossible for multi-generation, hundred-year-old family farms to continue to provide our country (and the rest of the world) with food for their plates,” another wrote.

Mr Ng said the message on his paddock was intended to brighten the moods of New Zealand farmers.

“There have been a few quirky tributes appearing around NZ and thought I could do one better,” he said.