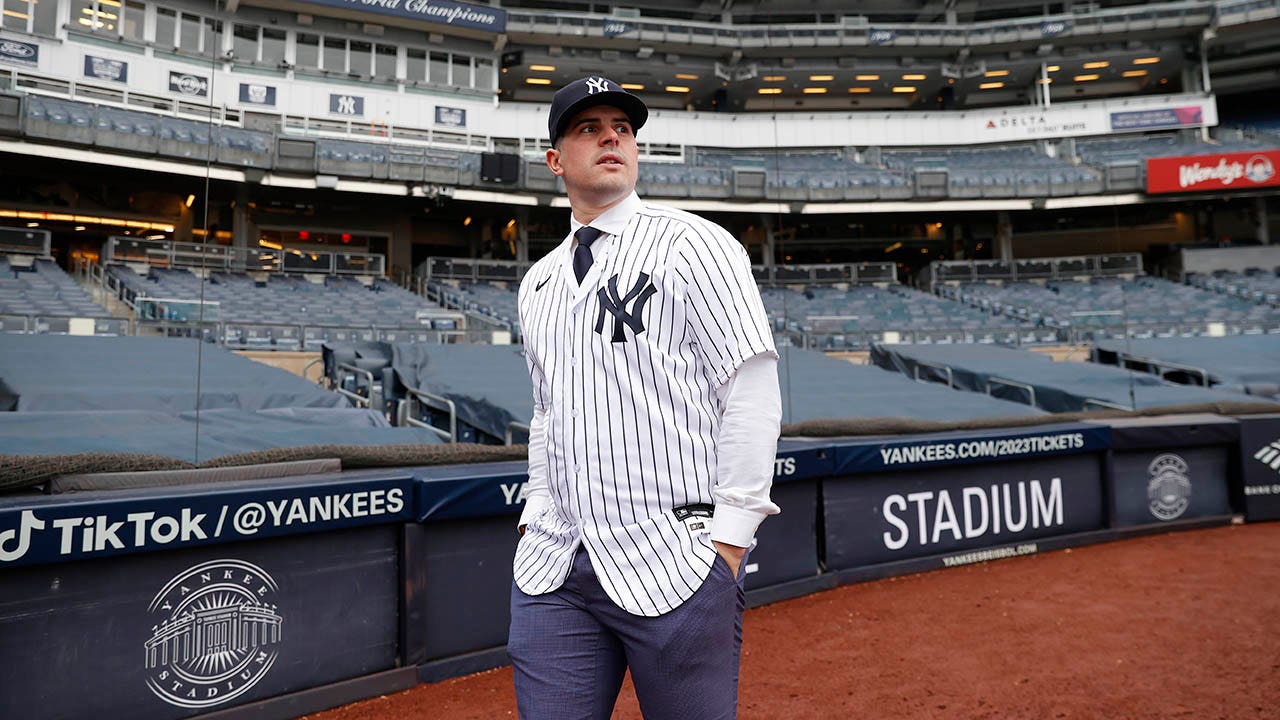 When Carlos Rodon turned 30 on Dec. 10, he received a Venmo payment from Gabriel Winslow, a New York Yankees fan who was trying to convince him to come to the Bronx.

“Happy birthday Carlos, please sign with the Yankees,” Winslow wrote in his message.

Winslow told the New York Daily News that he “figured a couple more [fans] would [follow suit],” but he did not expect what came next.

Carlos Rodón of the New York Yankees walks around the stadium after a press conference at Yankee Stadium on December 22, 2022 in the Bronx, New York.
(New York Yankees/Getty Images)

“Then I looked at Carlos’ Venmo the next morning and saw hundreds of people sending him money, and I was like, ‘Oh man, what have I started,'” Winslow told the paper.

Rodon received “like 400” Venmo payments from mostly Yankees fans — some other fan bases attempted to lure the lefty toward their hometown favorites.

“I didn’t know what to expect,” Rodon said after he was formally introduced as a Yankee on Thursday. “My wife [Ashley] and I were in the car, and I was starting to send them back, and she was like, ‘Carlos, there’s like 400 Venmo requests.’”

Shortly after, Rodon Venmo-ed Winslow back, saying, “It was a nice gesture. Now I have to give all these people their money back hahaha.”

Rodon couldn’t get to paying back everyone, but now that he has finalized a six-year, $162 million deal with the Bombers (it’s not known how much of a role the Venmos played into his deal), the two-time All-Star plans on donating the excess Venmos.

Carlos Rodon of the New York Yankees is introduced during a press conference at Yankee Stadium on December 22, 2022 in the Bronx, New York.
(New York Yankees/Getty Images)

“My cousin was standing right there and was like, ‘Hey, we should do something nice for someone for the holidays,’ and that’s kind of something we’re going to do,” he said.

“Yankee fans and all fans of baseball, I appreciate you guys sending me Venmos,” Rodon added. “I don’t need the money, but we’re going to give it to someone who does need the money.”

“We have a kid whose house burned down,” said Rodon. “He’s 15 or 16 years old, we’re going to do something nice for him for the holidays. [They’re] a family in western-central Indiana who doesn’t really have much. [They] don’t have home insurance, so they’ve kind of gotten set up with a house and some living situations. Obviously, it’s the holiday season, so we’re going to do something nice for the kid.”

Rodon comes to the Bronx after spending the 2022 season with the San Francisco Giants. He finished in sixth place in the NL Cy Young Award vote after a fifth-place finish in the AL vote in 2021 as a member of the Chicago White Sox.

Carlos Rodon of the San Francisco Giants pitches against the Colorado Rockies in the top of the six inning at Oracle Park on September 29, 2022 in San Francisco, California.
(Thearon W. Henderson/Getty Images)