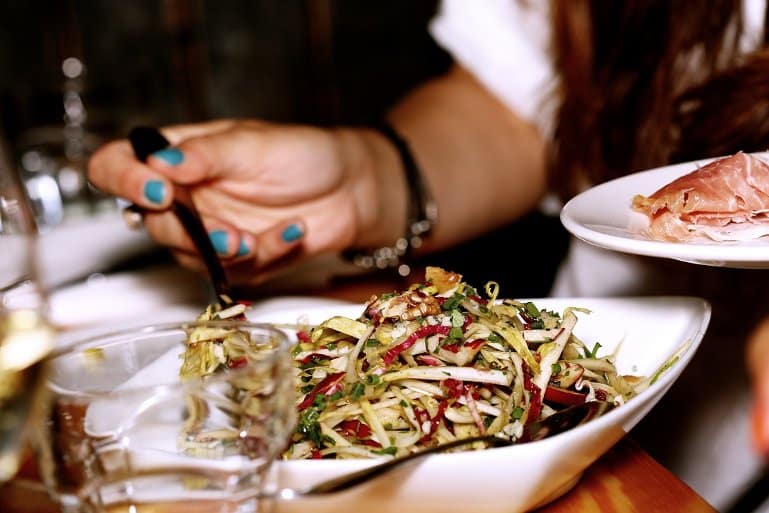 Summary: Researchers have identified neural biomarkers associated with food and drug cravings. The findings could help pave the way for new treatments for addiction.

Craving is known to be a key factor in substance use disorders and can increase the likelihood of future drug use or relapse. Yet its neural basis—or, how the brain gives rise to craving—is not well understood.

In a new study, researchers from Yale, Dartmouth, and the French National Centre for Scientific Research (CNRS) have identified a stable brain pattern, or neuromarker, for drug and food craving. Their findings were published in Nature Neuroscience.

The discovery may be an important step toward understanding the brain basis of craving, addiction as a brain disorder, and how to better treat addiction in the future, researchers say. Importantly, this neuromarker may also be used to differentiate drug users from non-users, making it not only a neuromarker for craving, but also a potential neuromarker that may one day be used in diagnosis of substance use disorders.

For many diseases there are biological markers that doctors can use to diagnose and treat patients. To diagnose diabetes, for example, physicians test a blood marker called A1C.

“One benefit of having a stable biological indicator for a disease is that you can then give the test to any person and say that they do or do not have that disease,” said Hedy Kober, an associate professor of psychiatry at Yale School of Medicine and an author of the study. “And we don’t have that for psychopathology and certainly not for addiction.”

To determine if such a marker could be established for craving, Kober and her colleagues—Leonie Koban from CRNS and Tor Wager from Dartmouth College—used a machine learning algorithm. Their idea was that if many individuals experiencing similar levels of craving share a pattern of brain activity, then a machine learning algorithm might be able to detect that pattern and use it to predict craving levels based on brain images.

For the study, they used functional magnetic resonance imaging (fMRI) data—which offer insight into brain activity—and self-reported assessments of craving from 99 people to train and test the machine learning algorithm.

The fMRI data was collected while the individuals—who identified themselves as either drug users or non-users—viewed images of drugs and highly palatable food. The participants then rated how strongly they craved the items they saw.

The algorithm identified a pattern of brain activity that could be used to predict the intensity of drug and food craving from fMRI images alone, the researchers said.

The pattern they observed—which they dubbed “Neurobiological Craving Signature (NCS)”—includes activity in several brain areas, some of which previous studies have linked to substance use and craving.

However, the NCS also provides a new level of detail, showing how neural activity within subregions of these brain areas can predict craving.

“It gives us a really granular understanding of how these regions interact with and predict the subjective experience of craving,” said Kober.

The NCS also revealed that brain responses to both drug and food cues were similar, suggesting that drug craving arises from the same neural systems that generate food craving. Importantly, the marker was able to differentiate drug users from non-users based on their brain responses to drug cues, but not to food cues.

“And these findings are not specific to one substance because we included participants who used cocaine, alcohol, and cigarettes, and the NCS predicts craving across all of them,” said Kober. “So, it’s really a biomarker for craving and addiction. There’s something common across all of these substance use disorders that is captured in a moment of craving.”

Wager also points out that emotional and motivational processes that might seem similar actually involve different brain pathways and can be measured in different ways.

“What we’re seeing here is likely not a general signature for ‘reward,’” he said, “but something more selective for craving food and drugs.”

In addition, the NCS also offers a novel brain target to better understand how food and drug craving might be influenced by context or by emotional states. “For example,” said Koban, “we can use the NCS in future studies to measure how stress or negative emotions increase the urge to use drugs or to indulge in our favorite chocolate.”

Kober notes that while the NCS is promising, it needs further validation and is not yet ready for clinical use. That is likely a few years down the road. Now, she—along with her team and collaborators—are working to understand this network of brain regions more deeply and see if the NCS can predict how those with substance use disorders will respond to treatment.

That, she said, would make this neuromarker a powerful tool for informing treatment strategies.

“Our hope,” said Kober, “is that the brain, and specifically the NCS as a stable biological indicator, might allow us to not only to identify who has a substance use disorder and to understand the variance in people’s outcomes, but also who will respond to particular treatments.”

About this addiction research news

Craving is measured via self-report, which is limited by introspective access and sociocultural contexts. Neurobiological markers of craving are both needed and lacking, and it remains unclear whether craving for drugs and food involve similar mechanisms.

Future studies can assess the discriminant and convergent validity of the NCS and test whether it responds to clinical interventions and predicts long-term clinical outcomes.