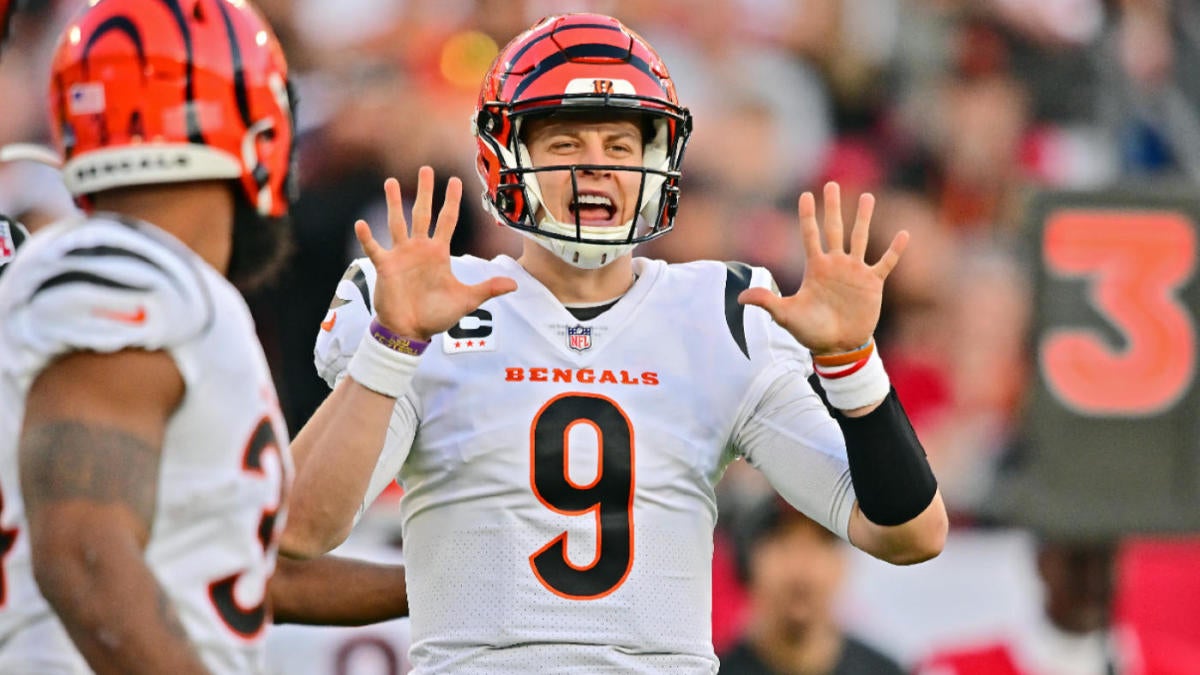 The 2022 NFL season has been full of exciting finishes and unpredictable outcomes, yet nothing could top the Week 15 slate of games. This was the first week in NFL history in which three teams completed comeback victories of 17-plus points, all of which altered the playoff races.

The Cincinnati Bengals rallied from 17 down to beat the Tampa Bay Buccaneers, taking over sole possession of first place in the AFC North in the process. The Jacksonville Jaguars pulled within a game of first place in the AFC South with a comeback victory over the Dallas Cowboys, helping the Philadelphia Eagles take a three-game lead in the NFC East with three to play. Of course, the Minnesota Vikings clinched the NFC North on Saturday after their 33-point comeback victory — the largest deficit overcome in NFL history.

Thanks to the comeback victories and exciting finishes around the league, there were plenty of takeaways to go around in the Sunday afternoon slate of games. Which ones are reality and which are overreactions? Here’s a look.

Dallas hasn’t looked anywhere close to a Super Bowl-caliber team the past few weeks, needing a late fourth quarter drive to beat the one-win Houston Texans last week. In Week 15, the Cowboys blew a 17-point lead against the Jacksonville Jaguars to lose in overtime.

Forget about the NFC East, the Cowboys are three back of the Philadelphia Eagles in the division with three games to play and the Eagles owning the head-to-head tiebreaker. All the Eagles have to do is win one game to clinch the division (it doesn’t have to be in Week 16 at Dallas).

Can this team win a playoff game in a month with the way they are playing? Certainly this isn’t a formula to do it — playing subpar against under .500 teams from the AFC South. But the Cowboys will get the NFC South winner in the first round of the playoffs barring an epic collapse, and despite how they’ve looked the last two weeks, they should beat whichever team that is.

The Jaguars will win the AFC South

Jacksonville is just one game behind the Tennessee Titans for the division lead with three games to play — with the head-to-head tiebreaker in hand. The Titans are 7-6 after their loss to the Chargers and the Jaguars improved to 6-7 with their win over the Cowboys.

The Titans and Jaguars will square off in Week 18, with Tennessee facing Houston and Dallas prior to that matchup. Jacksonville faces the New York Jets on a short week, followed by Houston, before the regular season finale.

The Jaguars still need some help, but their path to the playoffs is there. With the way the Titans are playing, this division may be Jacksonville’s to lose.

The Bengals will be the No. 1 seed in the AFC

This is jumping the gun a bit, even though Cincinnati is one of the hottest teams in the NFL right now. The Bengals sit in first place of the AFC North, one game behind the Buffalo Bills and Kansas City Chiefs for the top seed in the conference. There is a path for the Bengals to get the top seed in the AFC, which comes in Week 17 vs. the Bills.

The Bengals need to accomplish plenty to get the No. 1 seed, needing some help in the process (Kansas City losing one of its last three games). This can be done, but it’s not the most likely result.

Mahomes is sitting at 4,496 passing yards through 14 games, averaging 321.1 yards per game. Peyton Manning owns the single-season record for pass yards with 5,477, so Mahomes needs 982 passing yards in his final three games to break the mark (325.7 yards per game).

This is more than attainable for a quarterback who is the reason why his team is one of the best in the NFL. The Chiefs need Mahomes to play at MVP-level every week and he delivers. Mahomes needs just 754 yards in his last three games to set the league record for pass + rush yards in a season (Drew Brees has that mark with 5,562).

Both records are in play. Mahomes will get the hardest one to accomplish.

Hurts has three games to get two rushing touchdowns and the Eagles always seem to let him run the ball inside the 2-yard line. Newton’s mark will be tied — at the very least.

The Lions will make the playoffs

Yes, this was mentioned last week. This is one that deserves to be revisited after Detroit’s win over the New York Jets, coupled with the Seattle Seahawks’ loss this week. The Lions are still the No. 9 seed in the conference thanks to Seattle owning the head-to-head tiebreaker, but Detroit should be — at worst — a half game behind the Commanders and Giants for the final playoff spot in the conference.

The Lions close with the Panthers, Bears and Packers — all teams with losing records. No matter who wins between Washington or New York, Detroit getting at least nine wins is a reality now. The Lions may even finish 10-7 with the way they are playing.

Whoever wins between Washington and New York appears set to get one of the wild card playoff spots in the NFC. Detroit appears on track to get the other.

Mike Tomlin will finish with a non-losing season

The Steelers avoided having a losing season ensured with their victory over the Panthers, improving to 6-8 with three games to play. Pittsburgh needs to win out for Tomlin to keep his streak alive at 17 years — a task that won’t be easy.

Pittsburgh finishes its season with Las Vegas (6-8), Baltimore (9-5), and Cleveland (6-8) — with the lone road game in Baltimore. The margin of error is thin, but the Steelers are still in the playoff race too (even if their playoff chances are slim).

Hard to see the Steelers winning out, but Pittsburgh can make it interesting.