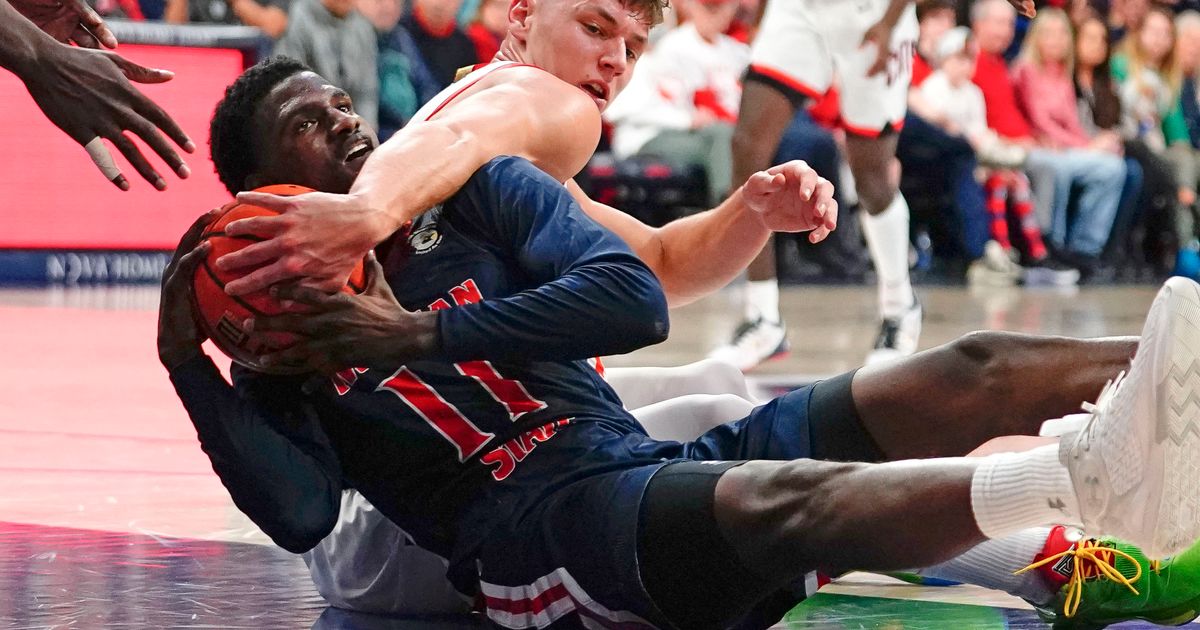 The Wildcats (12-1) were coming off a pair of tests in wins over No. 8 Tennessee and Montana State, NCAA Tournament teams a year ago. Arizona had another fight on its hands early against the scrappy Bears (4-8), one of the nation’s best teams at creating defensive chaos.

Morgan State did cause some early problems and kept the Wildcats within reach from the 3-point line.

The Wildcats turned into bullies.

Arizona scored 28 more points in the paint and used a 17-2 run spanning halftime to give coach Tommy Lloyd a tie for the second-best start (45-5) after 50 games in Division I history. Only Wisconsin’s Doc Meanwell had a better start at 49-1 in the early 1900s.

Arizona shot 58% and had 25 assists on 34 field goals to stretch the nation’s third-longest active home winning streak to 27 games.

Tubelis finished 9 for 10 from the floor and had the highlight of the night, dribbling the ball around Morgan State’s Isaiah Burke in transition to set up a one-handed jam. Ballo made all eight of his shots.

Malik Miller kept Morgan State in it early with 3-point shooting and finished with 23 points. Burke added 22, but the Bears were blown out despite shooting 12 of 23 from the 3-point arc.

Arizona had to get physical to beat Tennessee and made 10 3-pointers to beat Montana State.

The Bears lead the nation in forcing turnovers and are second in steals. Morgan State had some success disrupting Arizona early (eight first-half turnovers), but its sharpshooting backcourt caused the Wildcats the most problems.

Miller had 11 points and three 3s in the first 5 1/2 minutes, then Burke took over from there, scoring nine points — all on 3-pointers. They combined for 23 of Morgan State’s 32 first-half points, hitting 6 of 8 from the 3-point arc.

Where the Bears were no match was inside.

Tubelis and Balo wore Morgan State out inside, combining for 22 points on 8-of-9 shooting. They also repeatedly beat the Bears down the floor for baskets in transition, helping Arizona close on a 7-0 run to lead 41-32 at halftime.

Arizona ended it in a flurry.

Morgan State didn’t back down in one of the nation’s toughest road environments, but got worn down by the biggest Wildcats.

Arizona avoided a letdown to close out its nonconference schedule, manhandling the Bears to put Lloyd in the record books.