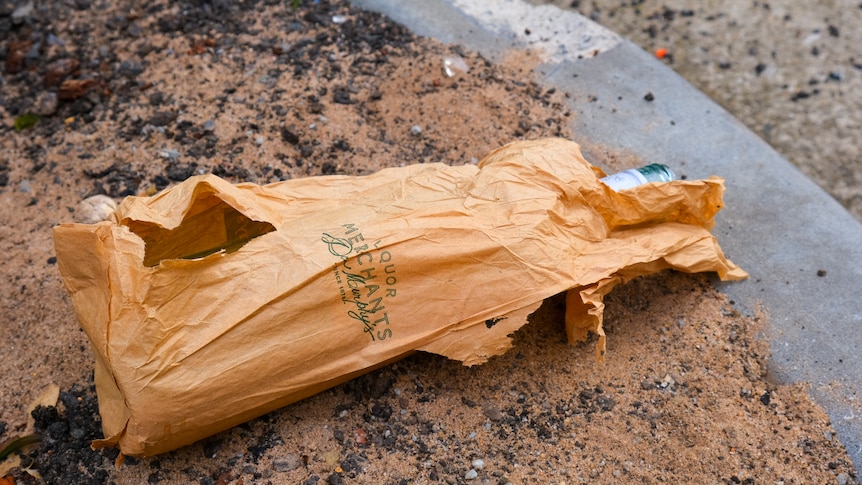 Alcohol laws in the Northern Territory will be reviewed by the NT government three years on from sweeping changes, amid calls from lobby groups and senior police officers for stronger restrictions to stem alcohol-related violence and crime.

The Northern Territory has some of the toughest measures in the country regulating the sale and consumption of alcohol, including a Banned Drinkers Register, Police Auxiliary Liquor Inspectors — stationed outside some NT bottle shops — and a floor price.

Yet it still has a long-standing reputation for some of the highest rates of alcohol-related harm in the country.

In particular, there has been a concerning increase in alcohol consumption observed after long-term alcohol bans in dozens of Aboriginal communities in the Northern Territory ended in July.

At a press conference in Darwin on Tuesday, Chief Minister Natasha Fyles said the review was standard practice that would allow Territorians to have a say on the policies, through a two-month consultation phase that opens today.

A report on the outcome of the review is expected to be tabled in NT Parliament in October next year.

“This Northern Territory government has done more for alcohol policies and protecting the community than any other,” Ms Fyles said.

Vicki Gillick, the policy coordinator of lobby group the People’s Alcohol Action Coalition, said the reforms implemented under the 2019 Liquor Act were “a lot better” than the “antiquated” legislations of the past.

However, she said much more work needed to happen to prevent widespread harm, and alcohol “pouring into communities”, following the lifting of the liquor bans.

“We are looking down the barrel of alcohol-related harm into the future, and that’s not just on drinkers, that is on their families,” she said.

“Aboriginal women, kids and other vulnerable people who don’t drink are carrying the burden of opening the floodgates of alcohol.

“This is not the elephant in the room. This is a bloody stampede of elephants that has been unleashed.”

Ms Gillick said she hoped the review would bring about the reintroduction of alcohol restrictions, under the Stronger Futures legislation.

However, the NT government has maintained that the scheme was a “race-based policy that disempowered Aboriginal Territorians”.

“Maybe it’s time we start looking at what Tennant Creek and Coober Pedy have got; limits on the volume of alcohol that anybody and everybody can buy at the bottle-o,” Ms Gillick said.

Speaking on ABC Radio Alice Springs earlier on Tuesday, NT Police Acting Commander for Central Australia Kirsten Engels said it was “impossible” not to link a spike in domestic violence incidents in Alice Springs and the ending of the bans.

She is also calling for greater restrictions on the supply of alcohol.

“I don’t think we have to reinvent the wheel,” she said.

“In the end, it’s a government policy, but I think that one thing we’ll always agree on is that something has to happen.”

The People’s Alcohol Action Coalition has previously called on the NT government to release more data illustrating the extent of the harm caused by the lifting of the long-term bans.

But today, the chief minister said that while there was some publicly available data, the government would not commit to all of it being made available.

“It’s trying to find the balance in getting information efficiently that can help protect the community … versus publicly having everything available,” she said.

“This is a complex space. We work each and every day balancing the fact that [alcohol is] a legal product and that Territorians can access it, with the harm that it causes our community. “