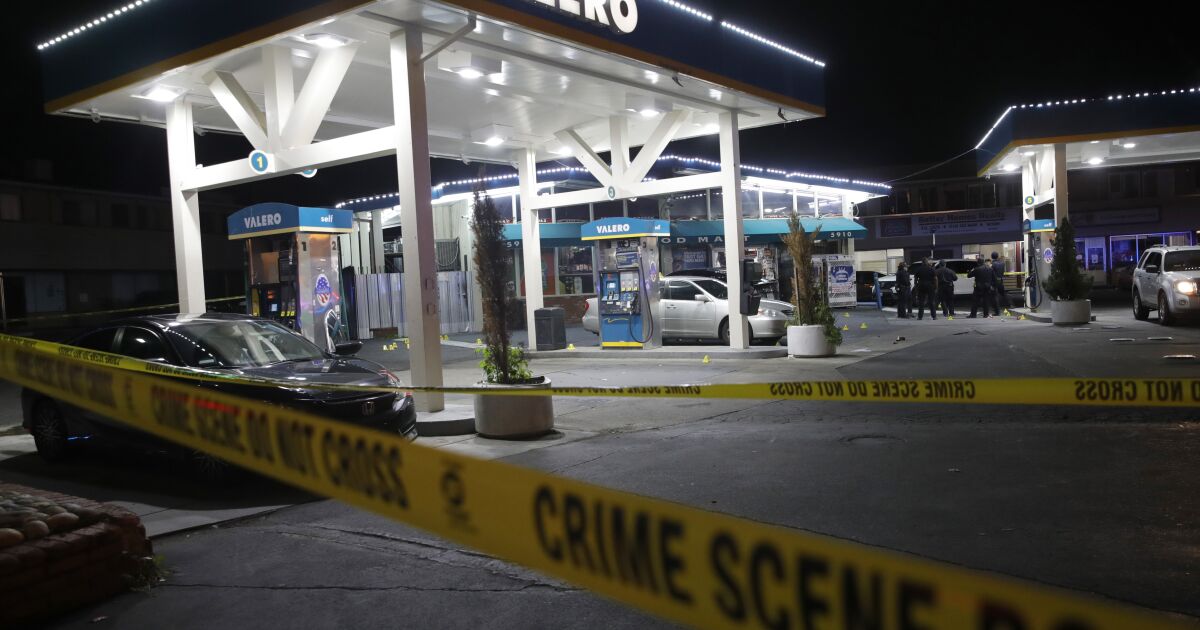 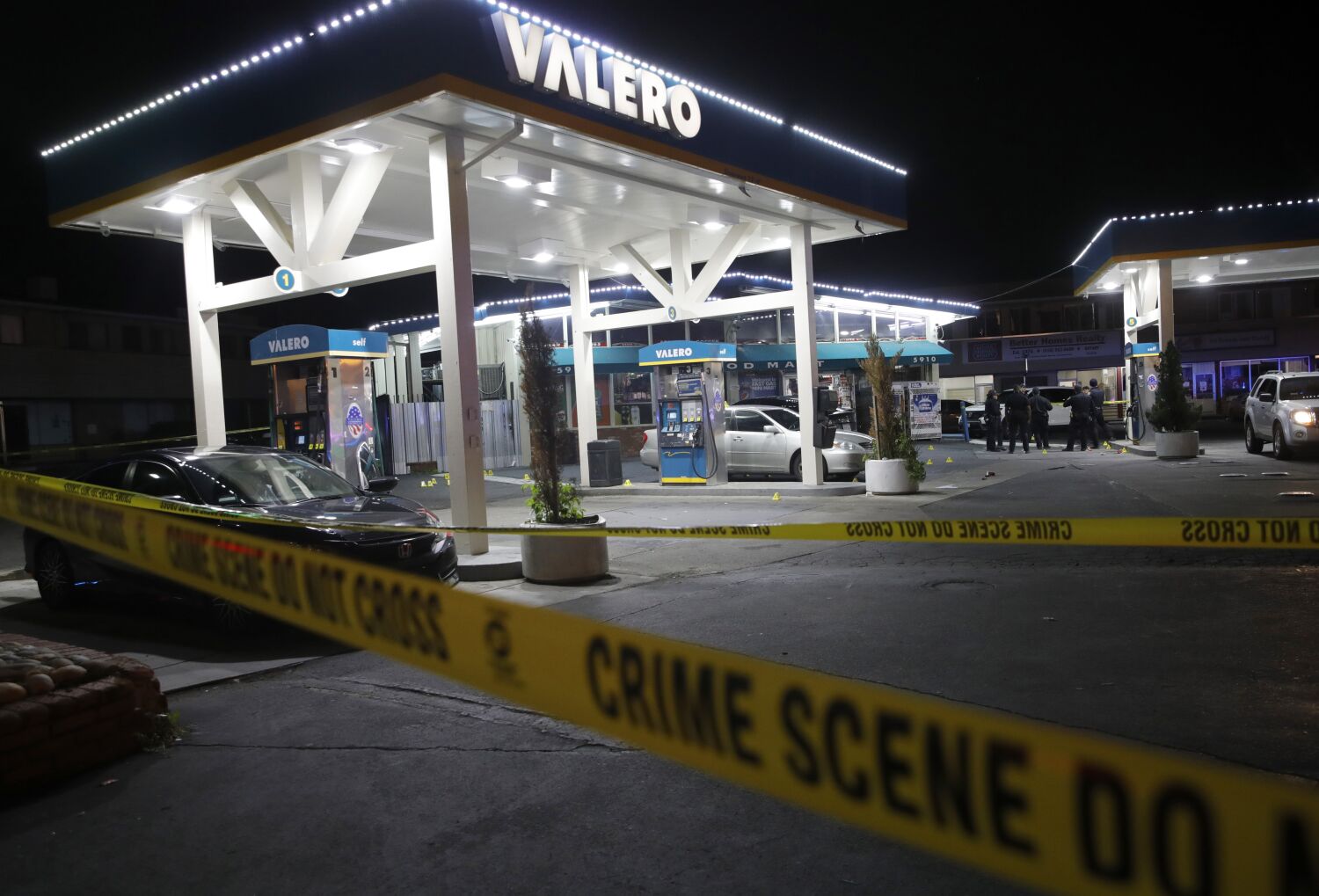 The incident comes in the wake of mass shootings that killed more than two dozen people in California within a single week.

It was reported just after 6 p.m. on MacArthur Boulevard in Oakland, where police were alerted by the ShotSpotter program to the sound of gunfire.

Officers found spent casings at the scene but no victims. Shortly afterward, however, multiple gunshot victims were reported at Oakland-area hospitals.

One person, identified Tuesday as 18-year-old Mario Navarro, died from his injuries.

According to Oakland police, 40 to 50 people were on MacArthur Boulevard filming a music video.

“While the recording was occurring, gunfire broke out from multiple shooters in various directions,” acting Oakland Police Chief Darren Allison said Tuesday at a news conference.

A total of five people, including Navarro, were struck by gunfire, Allison said. Three other people were injured in a car crash as they attempted to flee the scene.

The shooting victims ranged in age from 15 to 63.

One round struck a neighboring business, Allison said.

“We are looking into the possibility of a gang or group connection with this incident,” Allison said.

“We have a good sense of involved parties, as far as groups and gangs,” the police chief said. “We’re not prepared to release that at this time.”

Allison called the mass shooting incidents a “tragic trend,” invoking the shootings in Monterey Park and Half Moon Bay.

“Last night, this trend was experienced, sadly, closer to home,” he said.