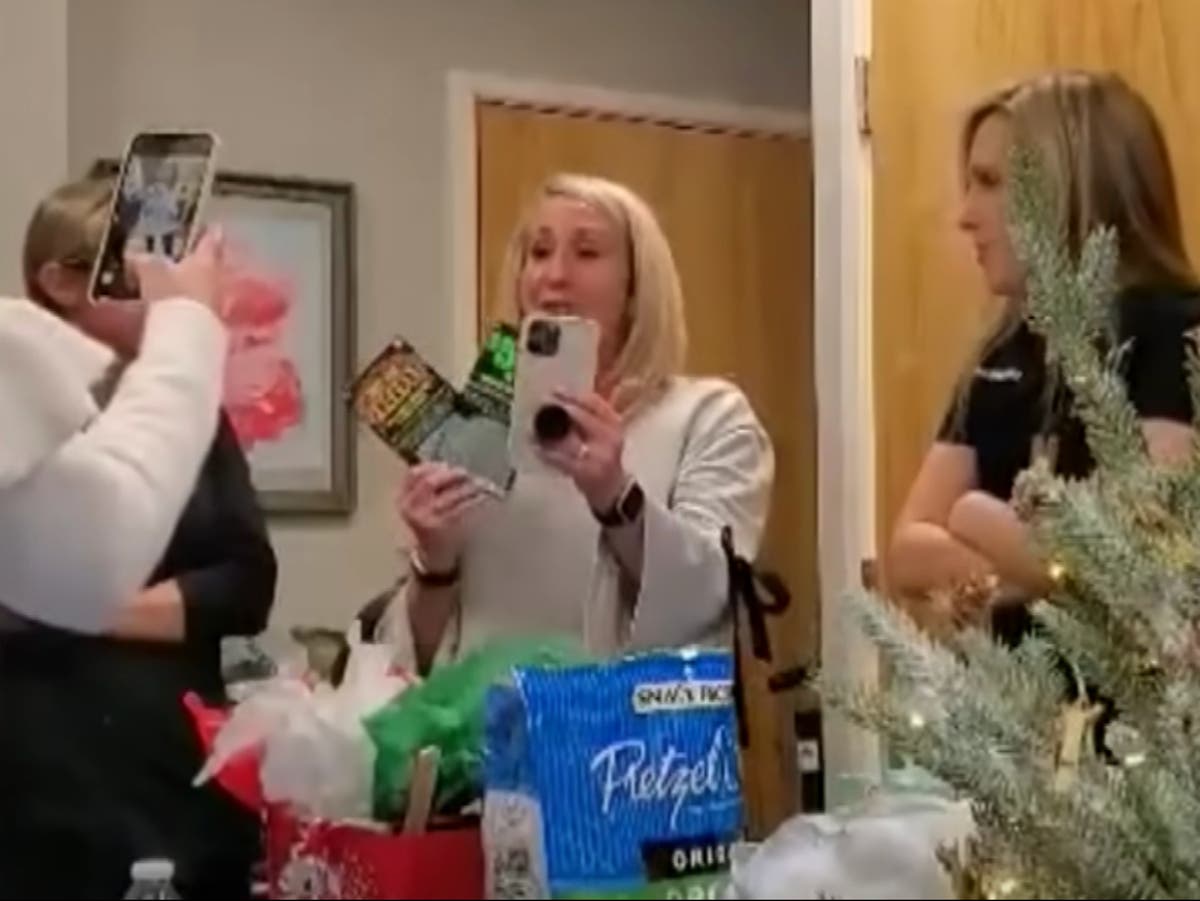 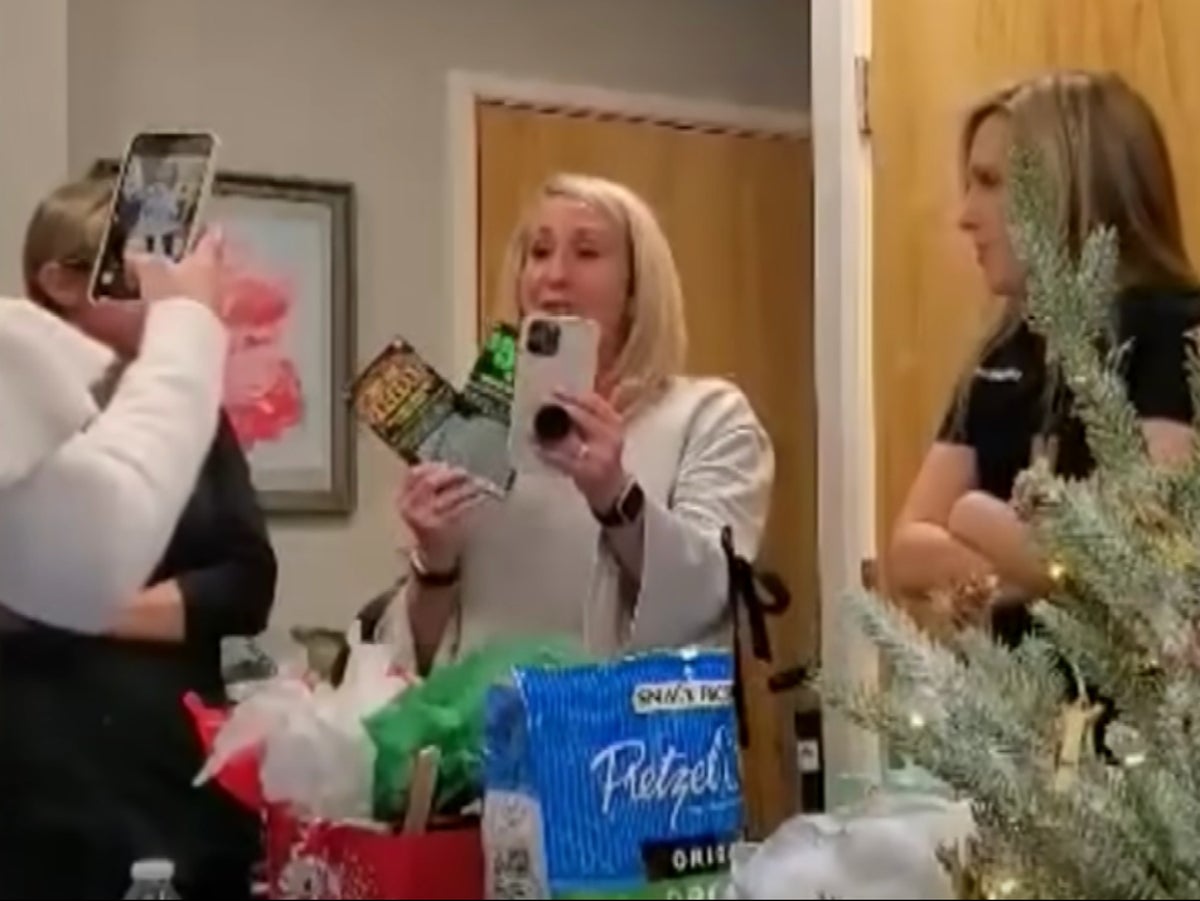 Office manager Lori Janes won $175,000 after hitting all 15 spots in the Kentucky Lottery’s Hit the Jackpot scratch-off game on a ticket she won at her company’s white elephant gift exchange.

“I cried again today,” Ms Janes told The Washington Post on Tuesday, a week after her win. “Goodness gracious, it’s been emotional.”

The co-worker who purchased the lottery ticket, Michelle, was planning on getting a $25 gift card to Von Maur, the department store. But following some procrastination, her plan B was put into action.

Ms Janes told The Post that Michelle, who didn’t want her full name to be used, often has lottery tickets and hands them out “as an expression of thanks or just to extend a smile to someone who could use one”.

After having to wait in line, the ticket she wanted to buy was sold out, forcing her to settle “for the uglier one”.

“The one that I ended up winning on was the one that she really didn’t want to buy, because fate guided her to get black and gold,” the lottery winner said.

Ms Janes drew the number four when the exchange began, choosing a new gift instead of “stealing” one of the gifts already chosen. She got a $25 gift card to TJ Maxx.

“One of the girls who’s a hygienist here … said: ‘Lori, don’t get too attached to your gift card. I’m going to steal it’,” Ms Janes remembered.

After losing the gift card, she grabbed the lottery tickets instead.

“I’m like, ‘This isn’t a joke, right? These are legit tickets?’” she recalled saying after scratching to reveal the first $20,000 win. After figuring out her total winnings, she called her husband to ask him to come to pick her up.

They went to the Kentucky Lottery’s headquarters close to central Louisville where they received their check.

Ms Janes said they plan on paying off their cars and spending the funds on their daughter’s University of Kentucky education.

“‘We just think this is the most awesome thing that you got this, and you can use this with your family,’” Ms Janes quoted Michelle as saying to The Post.