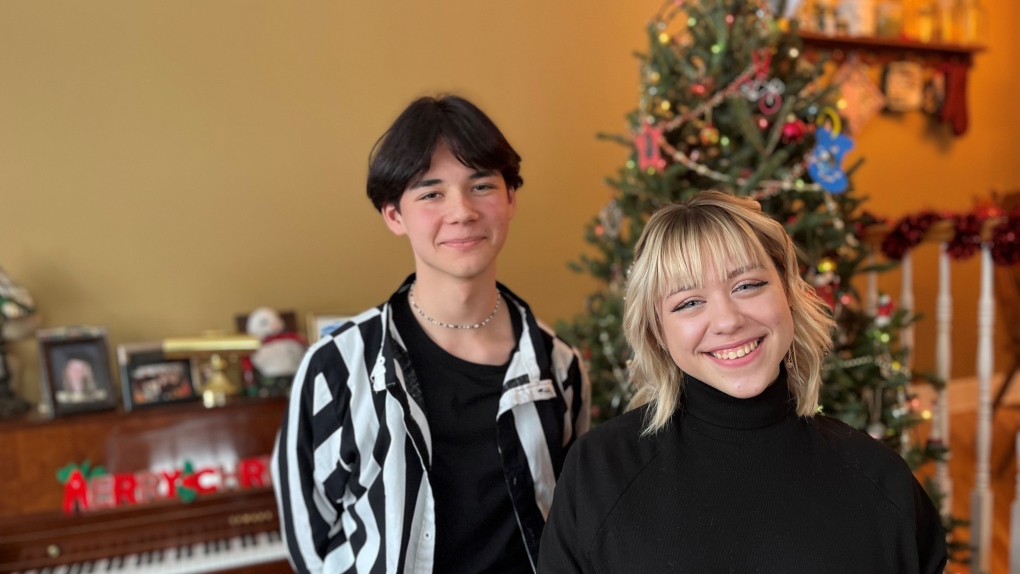 As Russia continues its invasion of Ukraine, more than 100,000 Ukrainians have fled their war-torn country and found temporary refuge in Canada.


Best friends Viktoriia Tipukhoval, 17, and Artur Halanishyn, 18, from Sumy, a city in northeastern Ukraine, are the only members of their respective families who managed to start a life in Canada – and it’s largely because of one Ontario couple who volunteered to open their doors.


Phil Ritchie and Denise De Laat – who have three kids in their 20s but are currently empty nesters – welcomed the two Ukrainain teens to their home in Ottawa after connecting with an Ottawa real estate agent helping Ukrainian families find sponsors.


“For almost four months we communicated with Viktoriia and Artur through email,” De Laat told CTV News. “We had a WhatsApp group and Facetimed with them as well, and got to know them nicely before they arrived.”


De Laat, an occupational therapist, and her husband, a clinical psychologist, saw the importance of helping these two teens early on, understanding the emotional sensitivity of the circumstances.


“It’s very hard watching what’s happening in Ukraine and not being able to intervene,” she said. “For two kids I could make a difference. And I hope for their families [in] knowing that they’re safe and that we’re trying to give them as much opportunities as we can.”


She added that, “It’s not easy for a 17- and an 18-year-old to be in a strange city isolated from their family but also their friends. They’re starting all over again.”


When Halanishyn arrived in Ottawa in the fall, he was on the cusp of turning 18, which is the conscription age for the Ukrainian army. He didn’t want to abandon his dream of becoming a professional dancer.


His best friend, Tipukhoval, wanted to continue pursuing school and a career in the arts. After discussing her own arrangements to live with a family in Canada, Halanishyn asked if those arrangements could include him.


De Laat and her husband welcomed Halanishyn in September and then Tipukhoval in November. They’ve agreed to house the teens for at least a year.


“We feel safe with them,” Tipikhoval told CTV News. “They protect us. They don’t feel like strangers.”


Such security offers stark contrast to the dangers their families face in Ukraine.


“We can’t say that they’re safe,” Tipukhoval said. “No one is safe right now.”


Halanishyn is now enrolled in the Ottawa Dance School, pursuing his goal of becoming a professional dancer. Given the circumstances, the opportunity is bittersweet – because his loved ones are still so far away.


“It’s a new experience to be without family,” he said.


Da Laat said that she and her husband get “100 times back” what they put in.


“They’re really verbal kids and they make us laugh a lot,” she said.


“These are kids who are still trying to define who they are and who they want to be. The possibilities are much broader now.”