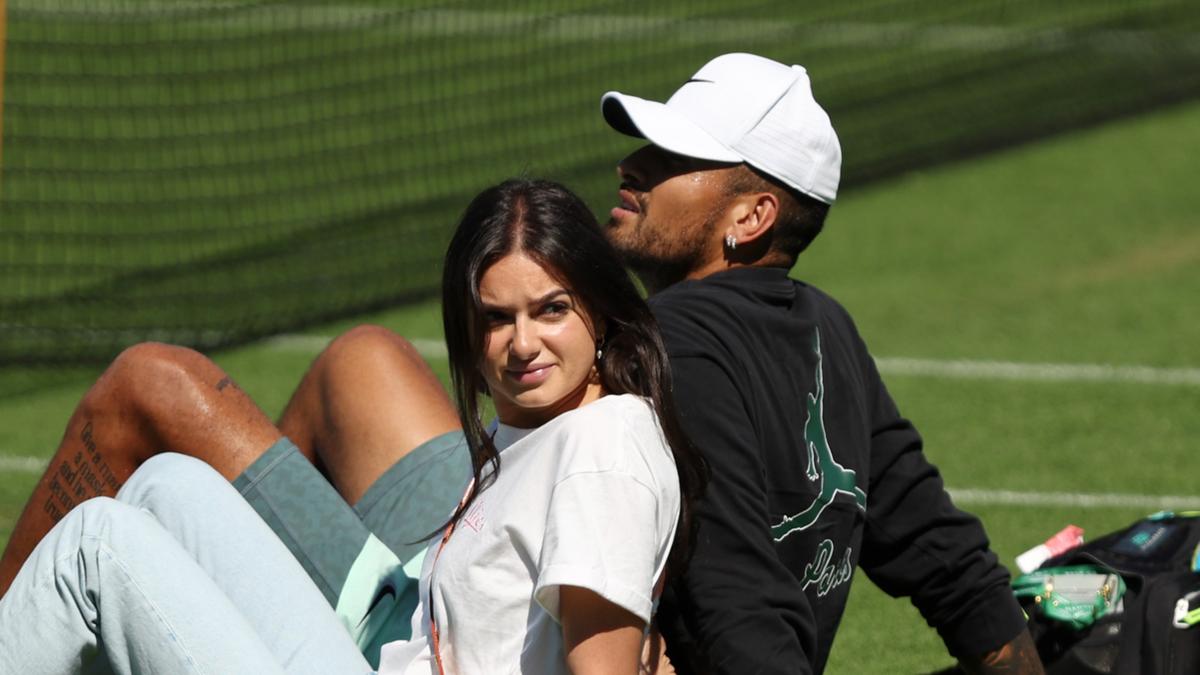 When Nick Kyrgios ponders why 2022 proved to be the year he rocketed from grand slam also-ran to Wimbledon finalist, he has no hesitation in pointing to one “secret weapon” behind the rise.

“None of this could have been done without her,” he explains, reflecting on meeting girlfriend Costeen Hatzi, who Kyrgios says has transformed his life on and off the court in 2022.

The pair met at the end of last year, a relationship straight out of the social media age which began with Kyrgios spotting Hatzi on Instagram, messaging her about buying a mirror from her small business and then going to meet her.

He was, apparently, already smitten.

But he could not have imagined how his new girlfriend would end up changing his approach to life – and to tennis.

“It’s been a very successful year, not only on the tennis court but just in general. I’m feeling really, really good about everything and just enjoying life,” he said.

“And meeting Costeen was probably my favourite moment, probably the best thing that’s happened to me – and the year I’ve had as a highly motivated and highly pushed player, has been because of her. That’s been my favourite experience.

“She’s just the best thing ever and just makes me feel amazing, believes in my tennis and believes in me off the court too. We have such a good relationship.”

Hatzi has become Kyrgios’ rock, following him to every tournament, backing him at training and proving his constant support, even getting an invite on court at Melbourne Park after he won the Australian Open doubles at the start the year.

Asked if he felt she was the secret weapon of ‘Team Kyrgios’, he had no doubt. “That’s it, that’s it,” he said.

Speaking at the Diriyah Cup in Saudi Arabia, where his presence at the invitation event for a fistful of dollars after showing no interest in competing at the Davis Cup for Australia a couple of weeks earlier caused some stir, Kyrgios sounded as if any fuss would simply wash over him at the moment.

“I don’t really care if perceptions have changed of me this year, to be honest,” he said.

“Either way, I know I’ve stayed true to myself … I play the game the way I want to play it.

“And whatever people say, my stadiums are always full.

“A lot of people have gravitated towards my type of tennis, I’ve been a kind of icon in the sport and, obviously, been able to be consistent in 2022.

“I guess you could say it was a breakthrough year.”

And could the next breakthrough be that first grand slam singles triumph, maybe even in Melbourne next month?

“Nothing’s guaranteed,” he said, asked about his gut feeling over his chances in the 2023 grand slam opener.

“Whether I go in there and win the tournament or lose first round, I’m the same person.

Still, though, he is confident his best chance in 2023 lies on the Wimbledon grass.

“For sure, of the four (grand slams) Wimbledon’s always been my first shot to win a slam.

“It’s still true that it’s my best chance, definitely – it’s the biggest one and the most important one.”

In Saudi Arabia, Kyrgios seemed extraordinarily chilled at the end of a year in which he has shown the tennis world his best.

But asked by reporters if he was still sticking to his career plan of retiring before he turns 30 in 2025, Kyrgios mused: “I wanted to have a family by then and enjoy family time and enjoy all the hard work I’ve put in.

“So if I have another couple years like this, I think then I would say goodbye. But that’s still two-and-a-half years away, so let’s see.”

And how does he picture life for the 37-year-old Kyrgios, 10 years down the line?

Until then, there is unlikely to be a dull moment with Kyrgios around.