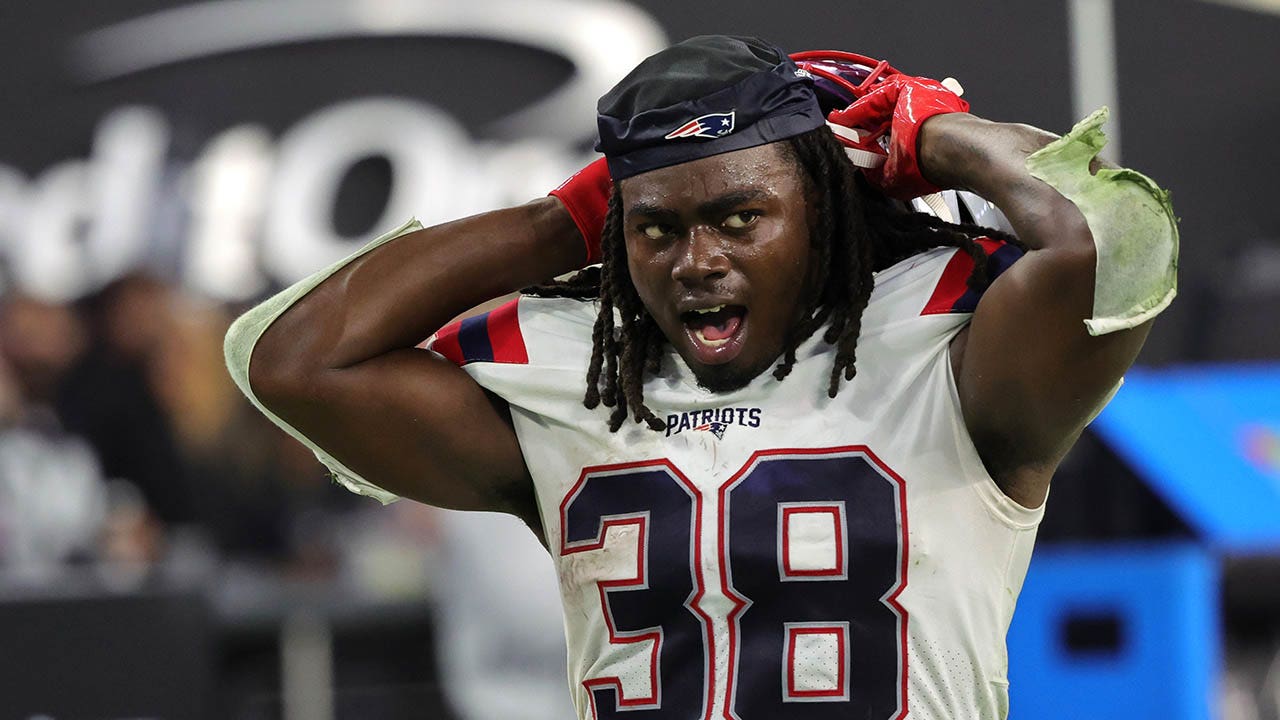 The New England Patriots went for a miracle for their final play — and then they turned out to be on the losing end of one.

All they had to do was take a knee from their own 45-yard line with 3 seconds left to send their game against the Las Vegas Raiders into overtime.

Rhamondre Stevenson #38 of the New England Patriots reacts after a game against the Las Vegas Raiders at Allegiant Stadium on December 18, 2022 in Las Vegas, Nevada.
(Ethan Miller/Getty Images)

Instead, Mac Jones handed it off to Rhamondre Stevenson, who pitched it to Jakobi Meyers, who then went for a long lateral to Mac Jones. Instead, it was picked off by former Patriot Chandler Jones at midfield, and after he stiff-armed the quarterback, he ran it all the way to the end zone and give the Raiders a miraculous 30-24 victory.

It’s Herm Edwards against the New York Giants in 1978 all over again. So, the question bears asking: What the heck happened?

Well, for starters, Meyers admitted that he was “trying to do too much, trying to be a hero” and took all the blame.

“I didn’t see the dude [Chandler Jones] back there tracking the ball. I was doing too much. Should’ve just went down with the ball.” an emotional Meyers said after the game, adding that he thought he saw his quarterback open with room to run. “That was just me trying to make a play.”

Stevenson, like Meyers, also took “full responsibility” for not falling to the turf with the ball and instead trying to pull out a miracle.

“I think the coaches gave us a play just to kind of run the time out, just get down,” said Stevenson. “There was only a couple seconds on the clock. I felt like I should’ve just did just that and just got down. The play started off with me with the ball, so if I didn’t pitch it back to [Meyers], Jakobi wouldn’t have had the chance to do that. So, I take full responsibility for the play, and I just got to know the situation. I got to know what’s going on in the game.”

“The play call was just a draw play. Nothing more, nothing less than that. I’m supposed to know the situation. … I failed to do that today,” he added.

The quarterback took the blame for not tackling someone about 100 pounds heavier than him.

“I got to tackle the guy. That’s on me. That’s my fault. Didn’t make the tackle. If I tackle him, we play for overtime,” Jones said.

Meanwhile, Bill Belichick admitted they “made a mistake on the play.” However, they opted for a draw instead of a Hail Mary because Jones “couldn’t throw it that far.”

“Unfortunately, here today, we made too many mistakes and gave up some big plays that were obviously the difference in the game. Just can’t do that in this league, and it cost us,” Belichick said.

Rhamondre Stevenson #38 of the New England Patriots laterals the ball during the fourth quarter against the Las Vegas Raiders at Allegiant Stadium on December 18, 2022 in Las Vegas, Nevada.
(Ethan Miller/Getty Images)

The Pats are now on the outside looking in at the final playoff spot after their loss combined with the Los Angeles Chargers’ 17-14 win over the Tennessee Titans.