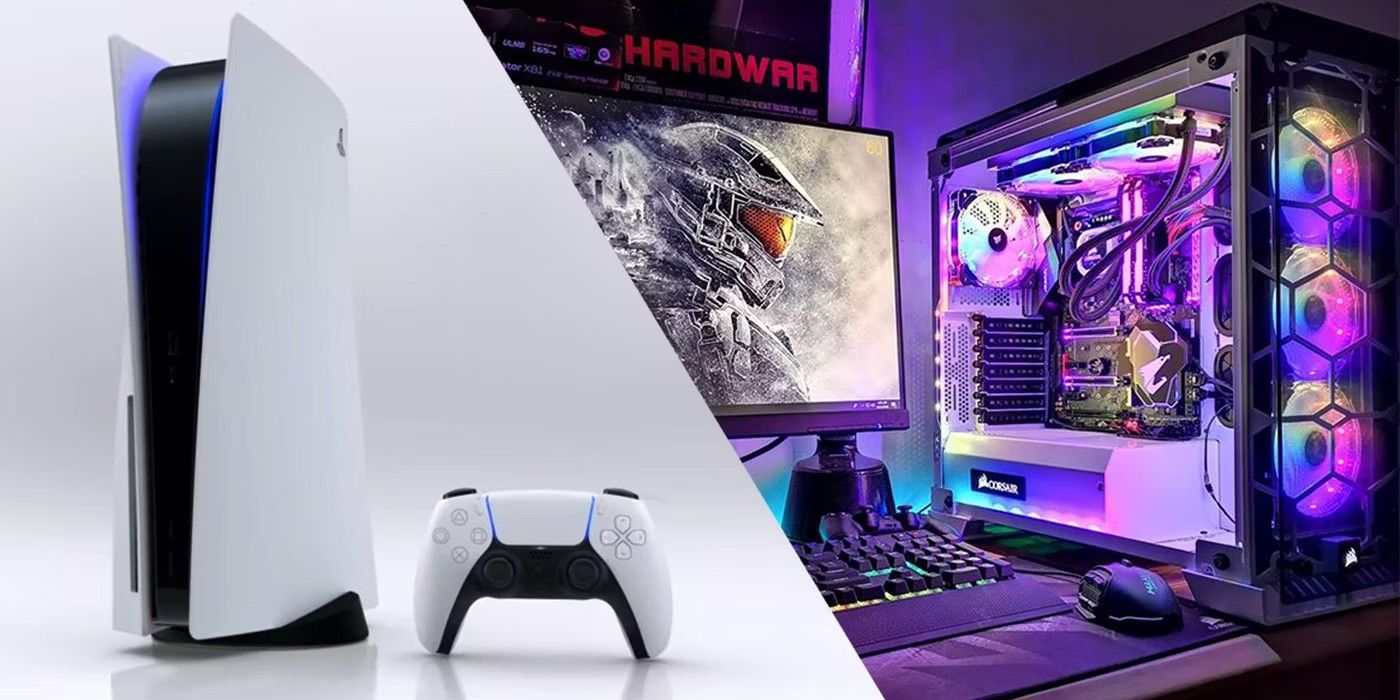 Both feature state-of-the-art graphics and sound, with major titles being released on all platforms, so is PC gaming truly better than console gaming?

Gamers often compare PC vs console games to see which is better. Everyone has a favorite, and no clear-cut answer because both have pros and cons. Today, we’ll take a look at both to try and come up with an answer or clarify the facts. We’ll look at the running costs, available titles, and types of games available for both options, the target market, and other factors to help decide.

Why Price Is A Factor

The latest PS5 and Xbox Series X consoles come in at around $500, and will remain relevant for the next few years without needing to upgrade. It’s a buy-once-cry-once scenario, and there are no hidden upgrade costs a couple of years down the line if you still want to play the newest titles.

PCs are far more expensive and much more complicated than consoles, and high-performance prebuilt models from brands like MSI and Asus can easily cost thousands of dollars. While it’s possible to save some money if you build it yourself, there’s no getting around the need for expensive components like GPUs and CPUs.

Gaming PCs also need regular upgrading to handle the latest graphics features, and old models might give a sub-par gaming experience if the hardware doesn’t match modern standards. On the other hand, PCs are modular and are easier to repair if they break. PCs are also more versatile than consoles and can handle office work and other functions, which helps offset the high price tag.

Deciding which has the better game selection depends on the different console types. Sony and Nintendo offer many multi-platform titles, but they bet on exclusives like the God of War and Mario franchises to keep players hooked to their ecosystems. Microsoft also has a range of exclusives like Halo and Forza, but they also work on PC from the get-go.

There are a wide range of old and new games available for PC gamers through Steam and other online stores. Players can enjoy all the best PC games, from the latest Call of Duty to their favorite Star Wars game from the early 2000s, without worrying about performance and compatibility. Yes, they might miss out on Sony exclusives at launch, but the games eventually make their way to PC anyway, so it doesn’t really matter.

The deciding factor comes down to the types of games you enjoy playing. PC is the way to go if you’re into competitive gaming and want to play the biggest e-sports titles. Not only is it the professional standard, but certain titles like CS:GO and VALORANT aren’t available on any other platform.

A mouse and keyboard are often faster, more intuitive, and more accurate than a controller for certain games and can give you an advantage in some FPS or MOBA titles.

Consoles are often more popular than PCs for casual gamers because they bring a social aspect. Friends can sit around a TV playing split-screen multiplayer titles, and it’s more fun than sitting alone with a headset for many players.

While a mouse and keyboard may be better for certain types of games, there’s no doubt that controllers are better for others. Racing and fighting games are more fun with a controller, and the rumble function adds more immersion for a more realistic experience.

How To Choose The Winner

There’s no clear-cut winner, and it comes down to budget, preference, and the types of games you play. PC games can be more expensive because the hardware costs are higher, but they are still better for competitive titles.

Console games are much cheaper to run, but many only work on one console brand. They are often more fun for social gaming and have a rumble function, so you can feel every crash or punch.