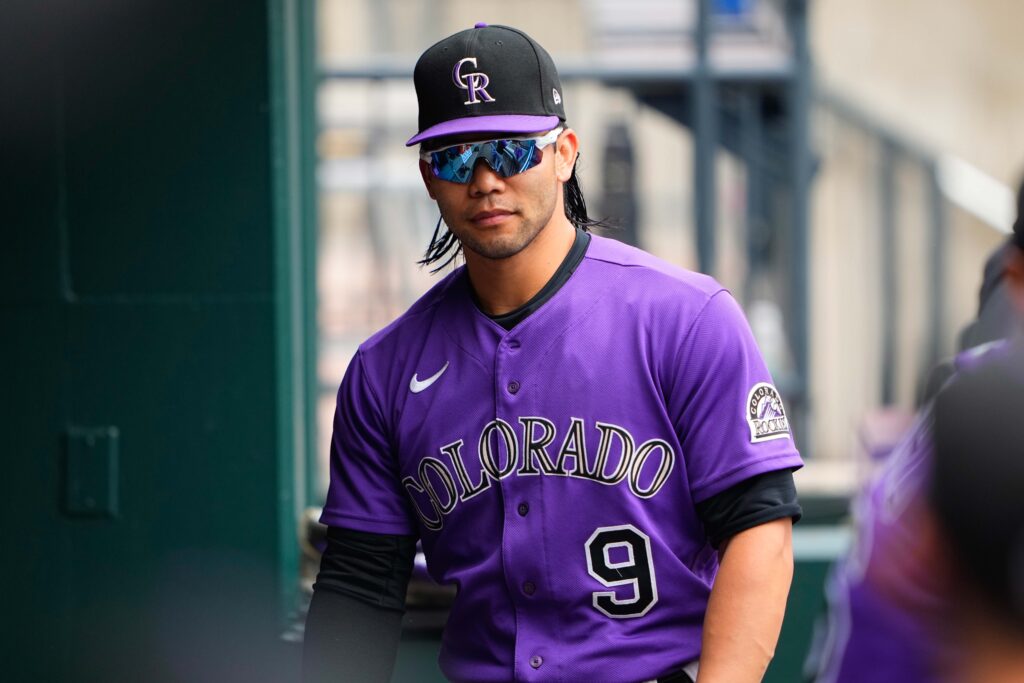 The Pirates have acquired first baseman/outfielder Connor Joe from the Rockies in exchange for minor league righty Nick Garcia, as announced by both teams.  To create room on the 40-man roster, Pittsburgh designated right-hander Nick Mears for assignment.

The move represents something of a homecoming for Joe, who was drafted 39th overall by the Pirates back in the 2014 draft.  Joe never suited up for the Bucs at the Major League level, however, as Pittsburgh dealt him to the Braves for Sean Rodriguez in August 2017.  After bouncing around to the Braves, Reds, Giants, and (twice) to the Dodgers over the next few seasons, Joe reached the big leagues with 16 plate appearances for the 2019 Giants, but he then sat out the 2020 season due to surgery related to testicular cancer.

The Pirates have also added Carlos Santana, Ji-Man Choi, and catcher Austin Hedges to their mix around the diamond, and Joe now joins these other veterans in augmenting Pittsburgh’s core of younger players.  Joe has played first base and both corner outfield positions in his brief MLB career, with generally good defensive grades as a first baseman and left fielder.  This makes Joe a good complement to Calvin Mitchell and Jack Suwinski (both left-handed hitters) in the Bucs’ corner outfield picture, and Joe could also join the left-handed hitting Choi and the switch-hitting Santana in sharing the first base/DH playing time.

Adding Joe meant parting ways with Garcia and possibly Mears, if another team claims the right-hander on waivers or if the Pirates simply released Mears once his DFA period is up.  Mears has pitched 30 1/3 innings of 4.75 ERA ball for Pittsburgh over the last three seasons, with 23 1/3 of those frames coming in 2021.  After undergoing arthroscopic elbow surgery to remove some scar tissue in March 2022, Mears didn’t make his season debut in the minors until late May, and he ended up pitching in only two games for the Pirates at the MLB level.

Garcia didn’t crack MLB Pipeline’s list of the Pirates’ top 30 prospects, though he did make a good accounting for himself in two seasons in Pittsburgh’s deep farm system.  A third-round pick in the 2020 draft, Garcia has a 3.88 ERA over 187 2/3 innings and 46 games (36 of them starts) as a professional.

Garcia turns 24 in April, and is expected to move to Double-A after pitching only in high-A ball in 2022.  Anthony Murphy of Pirates Prospects recently detailed Garcia’s improvements last season, and the fact that Garcia might still be something of an untapped resource certainly holds appeal to a Rockies team that is forever looking for pitchers who can handle Coors Field.  As noted by Danielle Allentuck of the Denver Gazette, the 30-year-old Joe might have been superfluous since prospect Sean Bouchard looks ready to fill a similar role on the big league roster, and thus the Rox moved the older player to bring a new young arm into the system.