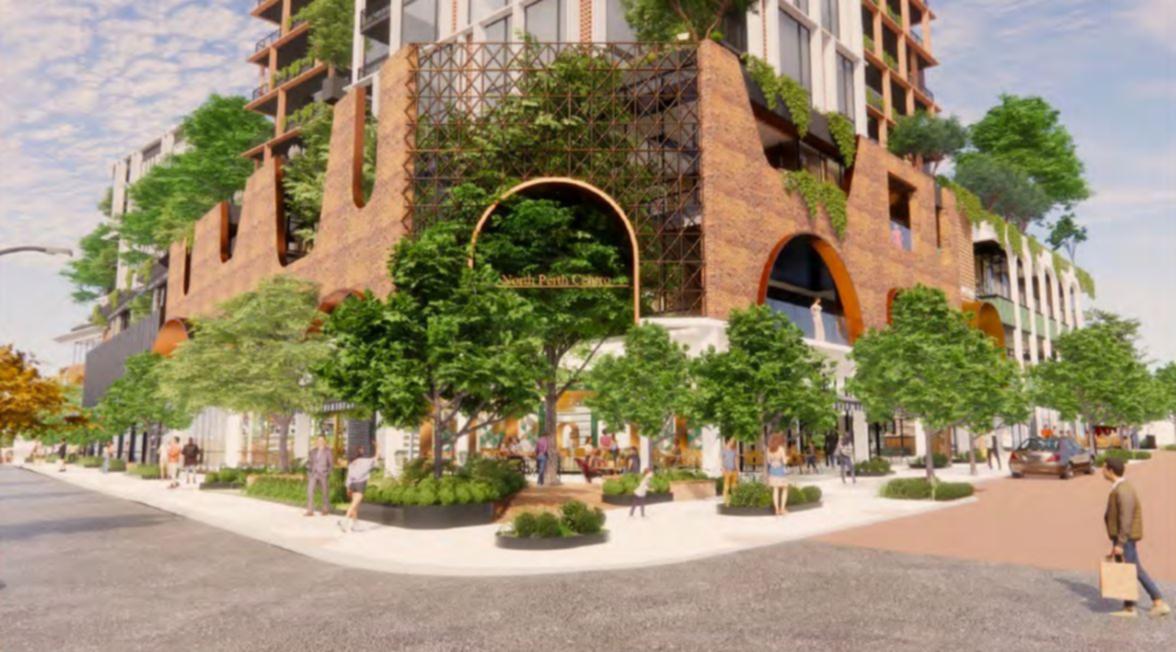 Plans for an $80 million two-tower development in North Perth with residential, hospitality and medical facilities have been knocked back by State planners after the developer asked for too many exemptions.

The plans for a 13-storey northern tower and 11-storey southern tower proposed included a three-storey podium increasing to five storeys between the two towers.

A total of 97 apartments, a public piazza, two retail tenancies, one supermarket, one liquor store, three restaurants or cafes, one medical centre and five offices were also proposed to be constructed on site.

A swimming pool with pool deck and cabana on level three, a fire pit, produce garden, pet exercise area and a community micro park at the corner of Fitzgerald Street and Alma Road with public seating were also proposed.

But where the proposed development fell to the wayside was its excessive plot ratio, traffic impacts and height.

“Due to the height of the proposal and topography of the development site, which sits substantially higher than areas in the wider vicinity, the proposed development will have a significant impact on public viewscapes,” a city report said.

Vehicle trips to be generated by the proposed development during the AM, PM and weekend peak hour periods would increase by the hundreds compared to the number of existing trips being generated from the existing developments on site.

The development also proposed a plot ratio area of 20,741sqm but the limit for this type of development was 8902sqm.

JDAP presiding member Francesca Lefante said the site’s increased size did not provide a “sufficient basis” to grant the variations being requested by the developer.

“I do think this proposal in its current location will dominate the skyline,” she said.

“I would concur the development form is significant and in my view is it is inappropriate in its current form.”

JDAP deputy presiding member Lee O’Donohue said she felt the amount of discretion being sought by the developer for the height and plot ratio was “a bit too excessive”.

“The proposal provides an economic boost to the Fitzgerald Street District Centre that confirms its place in the centre’s hierarchy, and increases amenity for its catchment population, improves street level activation and enhances local employment for the area,” he said.

The site spans over six lots that have a combined area of 4715sqm.

North Perth resident Nicola Burton, who lives opposite the proposed development, told panel members on Friday the development would have direct physical and financial impacts on herself, her family and property.

“The excessive height, bulk and enormous scale of the proposed development will permanently and negatively change the Raglan Road streetscape and decrease the livability in, and at the face of, my home,” she said.

Ashlee La Fontaine, who lives within 200m of the proposed development, said there was nothing considered or evolved about it.

“The design does not maintain human scale, fit in with the existing streetscape, and ultimately impacts the broader community,” she said.

The City of Vincent consulted the community on the plans and received 478 submissions with 163 in support, 306 against and nine that expressed concern.

A total 99 of those submissions were received from within 200m radius of the site while 360 submissions received were from community members with a North Perth address.

Reasons for support included that the development would assist in revitalising the North Perth town centre and activate an underutilised site.

Concerns raised included that the building height would be an over-development of the site, would adversely impact the amenity for the adjoining properties and would not be in keeping with the desired scale and character of the North Perth area.

The city’s officers wrote in a report the proposed development represented an overdevelopment of the site.

“The height, bulk, scale and setbacks of the towers and the traffic of the proposed development is significantly different to that entertained in the planning framework,” the report said.