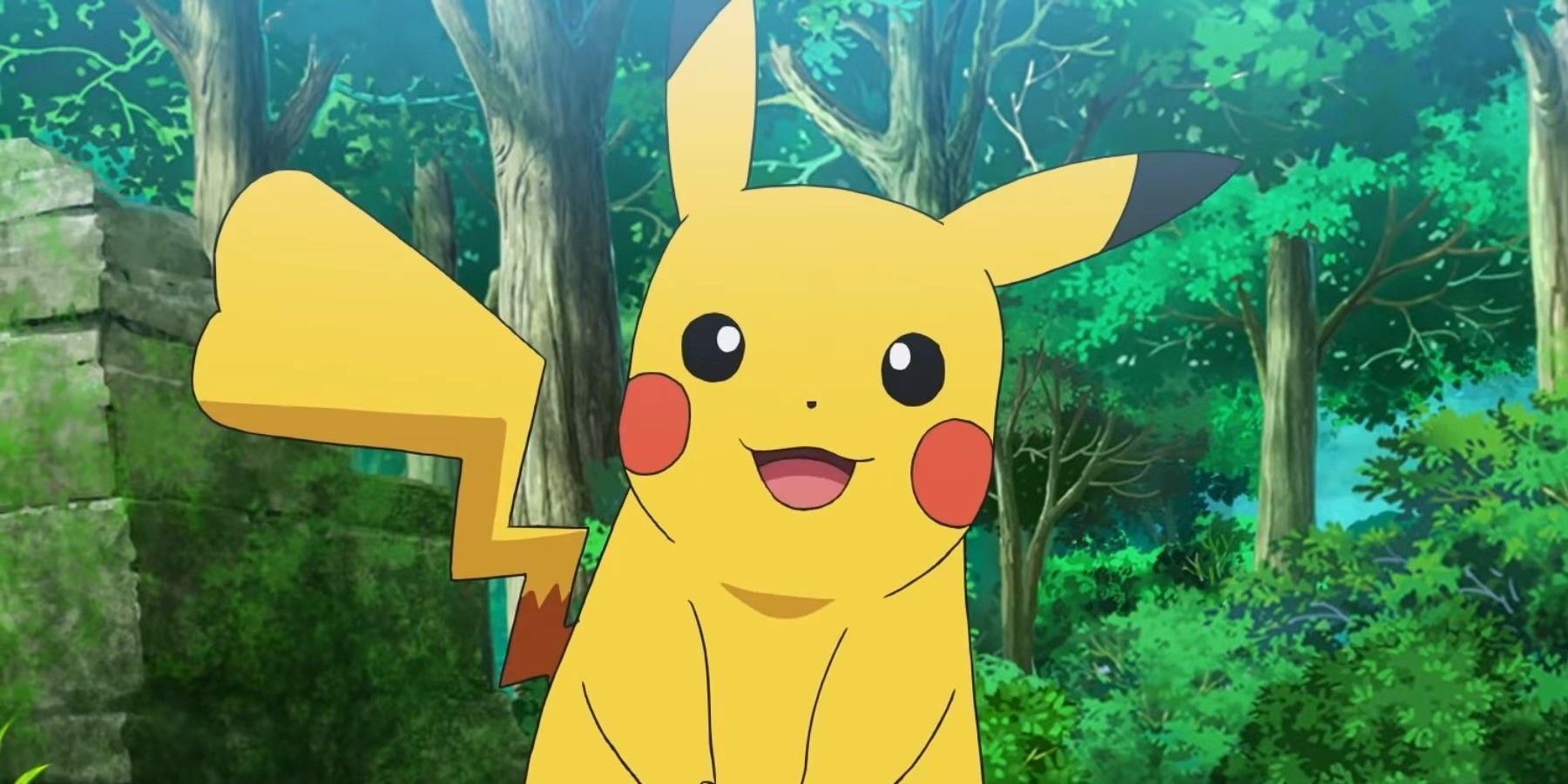 A Pokemon GO player finds a PokeStop with an image of a coin-operated children’s ride shaped like the most grotesque Pikachu ever conceived.

A Pokemon GO player found a PokeStop featuring a horrifying version of Pikachu as a kiddie ride. The hugely popular Pokemon-themed mobile game takes the fun outdoors by making players catch Pokemon out in the real world. One of the features Pokemon GO developer Niantic has planted on landmarks throughout cities across the globe are PokeStops, locations where players can spin a disk on their phones for in-game rewards.

The center of the disk found at a PokeStops often features a picture that relates to its physical location. If a PokeStop is at a gas station, there might be a picture of a gas pump or an automated car wash, for example. It’s a fun feature that helps to further ground the fantastical world of Pokemon in the real world.

Reddit user KingCo_ found a particularly disturbing PokeStop in Cabramatta, a suburb of Sydney, Australia, and posted it in the Pokemon GO subreddit. It’s a Pikachu-themed kiddie ride. Kiddie rides are those coin-operated machines, classically depicted as a spaceship or a horse, that kids sit on as it gently rocks them back and forth. This one should offer some wholesome Pokemon fun. This Pikachu kiddie ride, though, is a nightmare. In fact, the PokeStop’s community-developed and Niantic-approved description says, “Nightmare fuel of the beloved Pokemon electric mouse…” before the description trails off.

This Pokestop’s name, and the perfect Pokemon nickname for this especially gnarly Pikachu, is “Grotesque Pigachu.” Pikachu’s face and neck are where things go horribly awry. Gone is Pikachu’s classic adorable face and in its place is a bizarre grinning pig monster. Pikachu’s nose is usually drawn as a small black inverted cone. The kiddie ride version has Voldemort’s unsettling dark and deep nose slits but protruding just a little bit more to give it a slightly more human and much more unnerving appearance. Its neck has a series of rolls leading down to the chest that looks like this kiddie ride of Pikachu was once a kiddie ride of a wrinkly pug. Pikachu has never had a well-defined neck, but he’s certainly never looked so stubby and grotesquely human.

There are a lot more bizarre PokeStops, as some Pokemon GO players have created a subreddit specifically for bad PokeStops called r/S*****PokeStops. It has over 29,000 subscribers who consistently contribute screen captures of some truly bizarre PokeStops out there in the world, like a PokeStop picture of an ashtray brimming with cigarette butts that is mounted onto a red brick wall. Or one called “Lady Liberty” which has a description that claims the statute in the picture is a replica of the Statue of Liberty when it actually appears to be a statue of a screaming chef wearing a floppy chef’s hat and apron.

MORE: Pokemon GO’s Powered Up PokeStops May Be Impractical