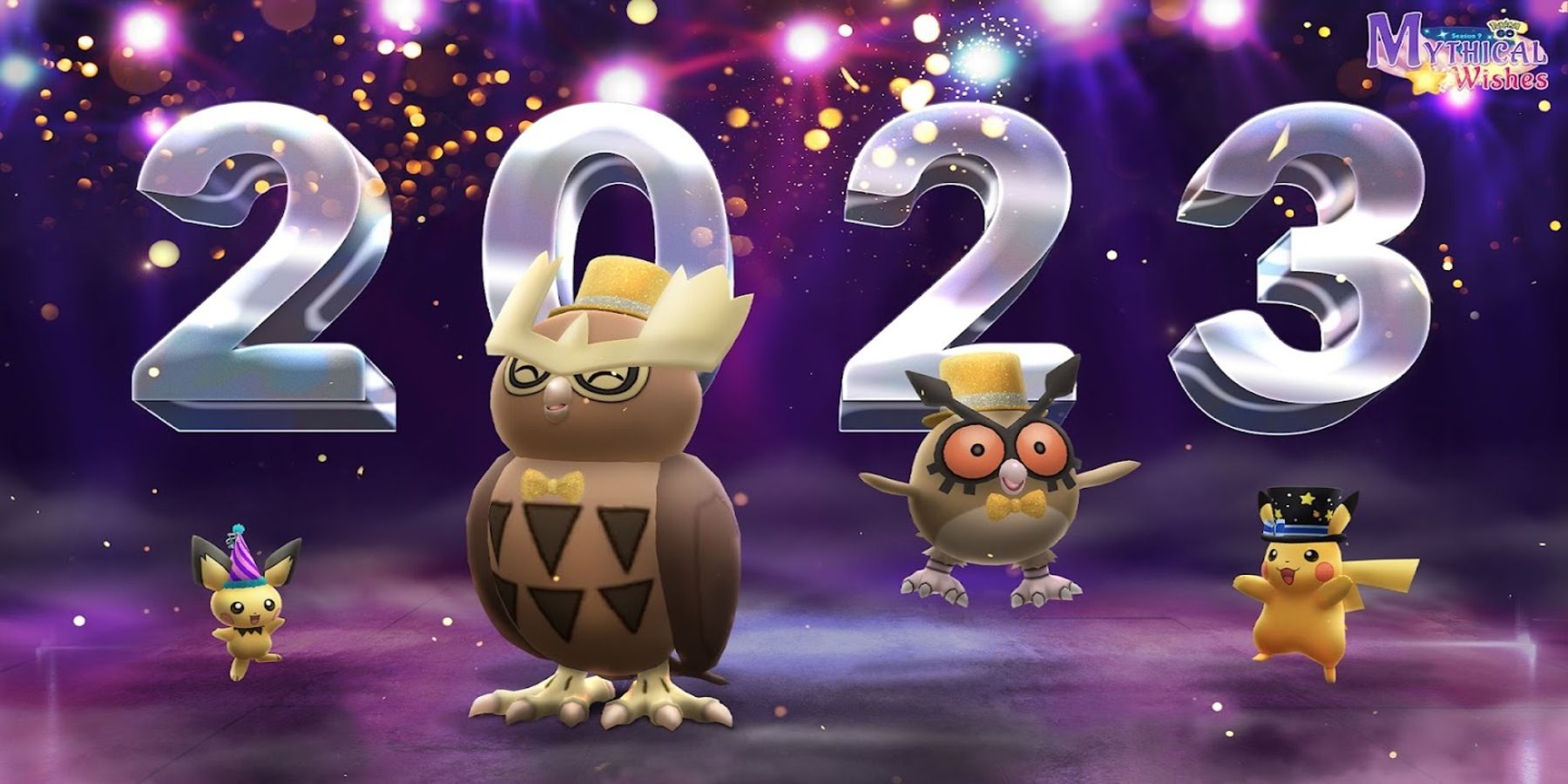 Pokemon GO is bringing in the new year with a New Year’s event featuring Pokemon dressed up for the occasion. The 2023 New Year’s event will feature Pokemon that have previously been used to mark the event in the past, but to make this year feel special, every Pokemon seen during the event will have increased chances of being shiny.

Niantic has timed out the last few events in Pokemon GO to almost run right into each other. With Part 2 of the Pokemon GO Holiday event about to begin, Niantic is already releasing details for its New Year’s event. When these events roll around, Niantic has had a habit of not offering the shiny of one or two of the potential pokemon that will be seen in the wild. However, for this event will also be one of the few times that the shiny variants for all event Pokemon will be made available.

As has become standard for the New Year’s event, Pokemon will wear costumes like those worn at New Year’s Eve parties. Wild Pikachu, Hoothoot, and Wurmple will be wearing party hats starting on December 31 at 8 PM local time and ends January 4. The Pokemon GO map will also change featuring fireworks in the sky. Pikachu will be wearing a top hat for the 2023 New Years event. For the first time, trainers will be able to evolve their New Year’s Hoothoot into a Noctowl and it will keep its party hat.

The baby Pokemon of Togepi, Elekid, Smoochum, Azurill, Igglybuff, Clefa, Magby, Tyrogue, Wynaut, and Pichu wearing a party hat will feature in 7km eggs. All of these Pokemon will have an increased chance to be shiny. There will also be bonus features for egg hatching during this event. The first 3 Pokemon placed in eggs by going through the Pokemon GO Widget will have hatch distance reduced by one-quarter (1/4). This bonus was last seen during Greedy Gluttons event. All other eggs will have a 1/2 hatch distance. These two bonuses do not stack.

The Collection Challenge for this event will reward stardust for completing it, but Niantic has not said how much. Headlining the Legendary raids during this event in Pokemon GO is Resheram with Fusion Flare as its Featured Attack and Mega Steelix in Mega Raids. Pokemon in 1-Star (Kanto starters, Pikachu, Hoothoot) and 3-Star (Raticate, Nidorino, Gengar, Wobbuffet) will all be wearing party hats. All of these Pokemon have an increased chance of being shiny.

This event does lack many interesting Pokemon to see out in the world, but hopes to draw in trainers still searching for shiny baby Pokemon. Some trainers may be constantly replenishing their eggs from opening the many gifts they’ll receive from Pokemon GO friends worldwide as they try to find all of the Vivillon variations and enound candy to evolve them. Oddly, no mention of party glasses Slowpoke. Maybe during Pokemon GO’s next event.