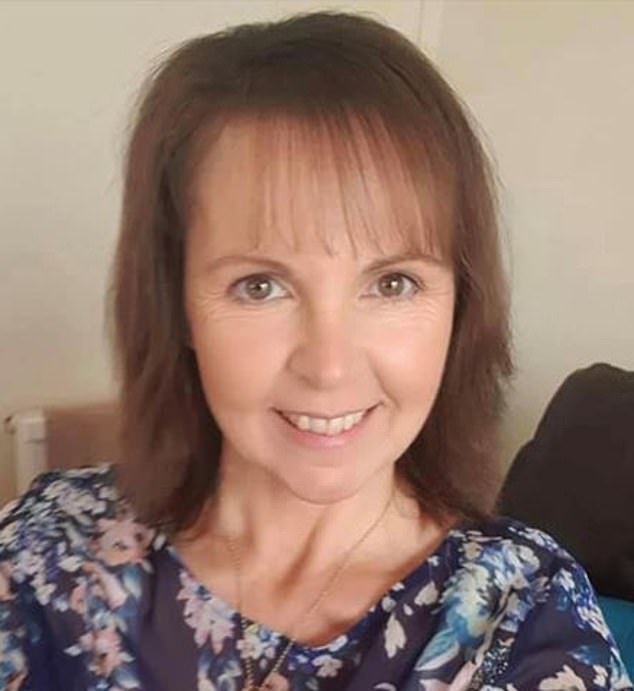 A 53-year-old mum, who has now been pictured, was killed in a horrific collision with a Greater Manchester police car chasing a suspect in a stolen vehicle involved in Oldham.

Heather Smedley’s family have paid tribute after she was critically injured and died a short while later in hospital- they described her as ‘wonderful’ and ‘the glue that held our family together’.

The fatal smash took in Shaw Road, Oldham, in Greater Manchester, on Friday morning. Police were scrambled at 10am to chase a suspected stolen vehicle, with officers engaging in a ‘short pursuit’.

Heather’s family said in a statement released by Greater Manchester Police: ‘To the most wonderful mother to Benjamin, Olivia and Jamie, daughter to Hilda and Fred, sister, friend, and wife to Damian.

Heather Smedley, 53,  died after she collided with a police vehicle which was chasing a suspected stolen vehicle through the streets of Oldham 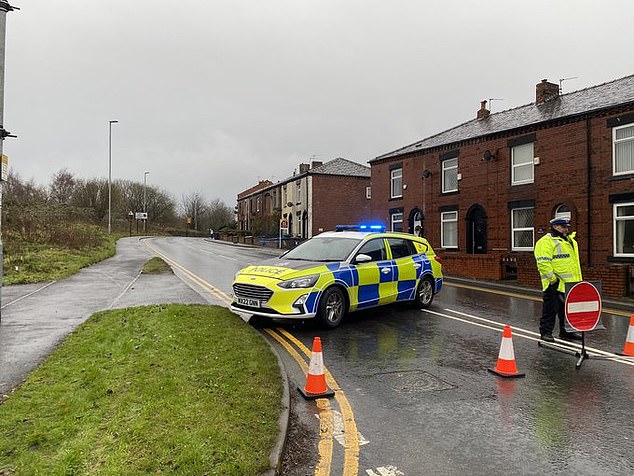 A 53-year-old woman has been killed during a police chase near Oldham. Pictured are officers at the scene

‘The world was a much better place with you in it. Our mum was the most kind, gentle, beautiful soul inside and out. She faced all of life’s challenges with her beautiful smile, and her bravery and courage never wavered.

‘We could not have asked for a better role model growing up, giving everything she had to all of those she loved, and always supporting those around her.

‘She was the glue that held our family together. Her resilience and kindness inspired us all to be better. She had the greatest sense of humour and contagious laugh that we will miss every single day.

‘You were too good for this world Mum, there will be a hole in our hearts forever. Heather’s family have asked for privacy while they grieve for their loss.’

But a short time later, a police vehicle crashed, leaving a 53-year-old woman critically injured. It’s understood the woman was in a car during the crash and was not a pedestrian. 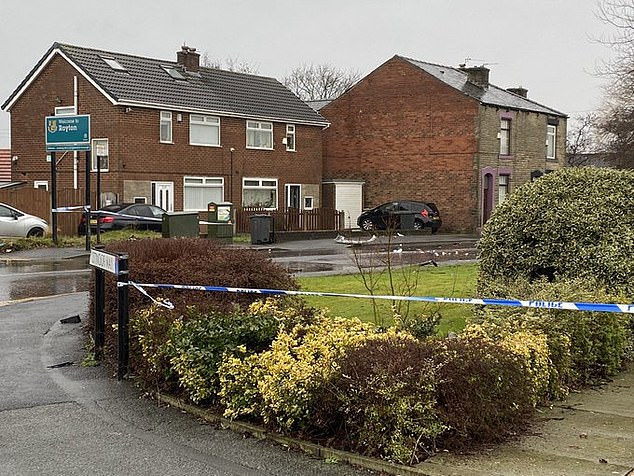 The police pursuit took place at 10am, when officers were chasing a suspected stolen vehicle. But shortly afterwards, the woman was hit and critically injured

She was taken to hospital for treatment to serious injuries, but died a short time later.

A spokesman from Greater Manchester Police said: ‘At around 10am today (Friday 23 December 2022), officers pursued a suspected stolen vehicle and engaged in short pursuit as a result.

‘A short time later a road traffic collision occurred involving a police vehicle and a woman, aged 53, was taken to hospital for treatment to serious injuries, but sadly died a short time later despite the best attempts of emergency service personnel.’

Chris Bowen, Chief Superintendent of GMP’s Oldham district said; ‘Our sincere thoughts and condolences go to the family and friends of the woman that has sadly passed.

‘We understand that the public are concerned by incidents of this nature. In-line with normal procedure, referrals have been made to GMP’s Professional Standards Branch and the Independent Office for Police Conduct.

‘Investigations like this often result in road closures which can cause significant disruption and we thank the local community and road users for their patience.’

A huge police presence remains at the scene of the collision, with cordons in place near the junction with Water Street.

Paramedics from the North West Air Ambulance service had been scrambled to the scene. An ambulance was also sent to the scene.

In a statement earlier today, the service said: ‘We can confirm that the North West Air Ambulance Charity was called to an incident in Oldham on the 23rd of December, and H72 responded. We have no further information at this time.’ 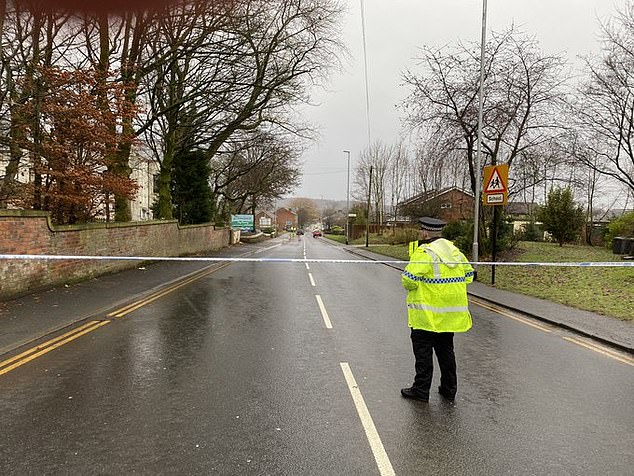 Officers have put cordons in place in Shaw Road, Oldham, in Greater Manchester

The crash has been reported to the force’s Professional Standards Branch and the Independent Office for Police Conduct.

Information can be reported online or by using the LiveChat function at www.gmp.police.uk. If you can’t report online, call 101 or Crimestoppers anonymously on 0800 555 111.