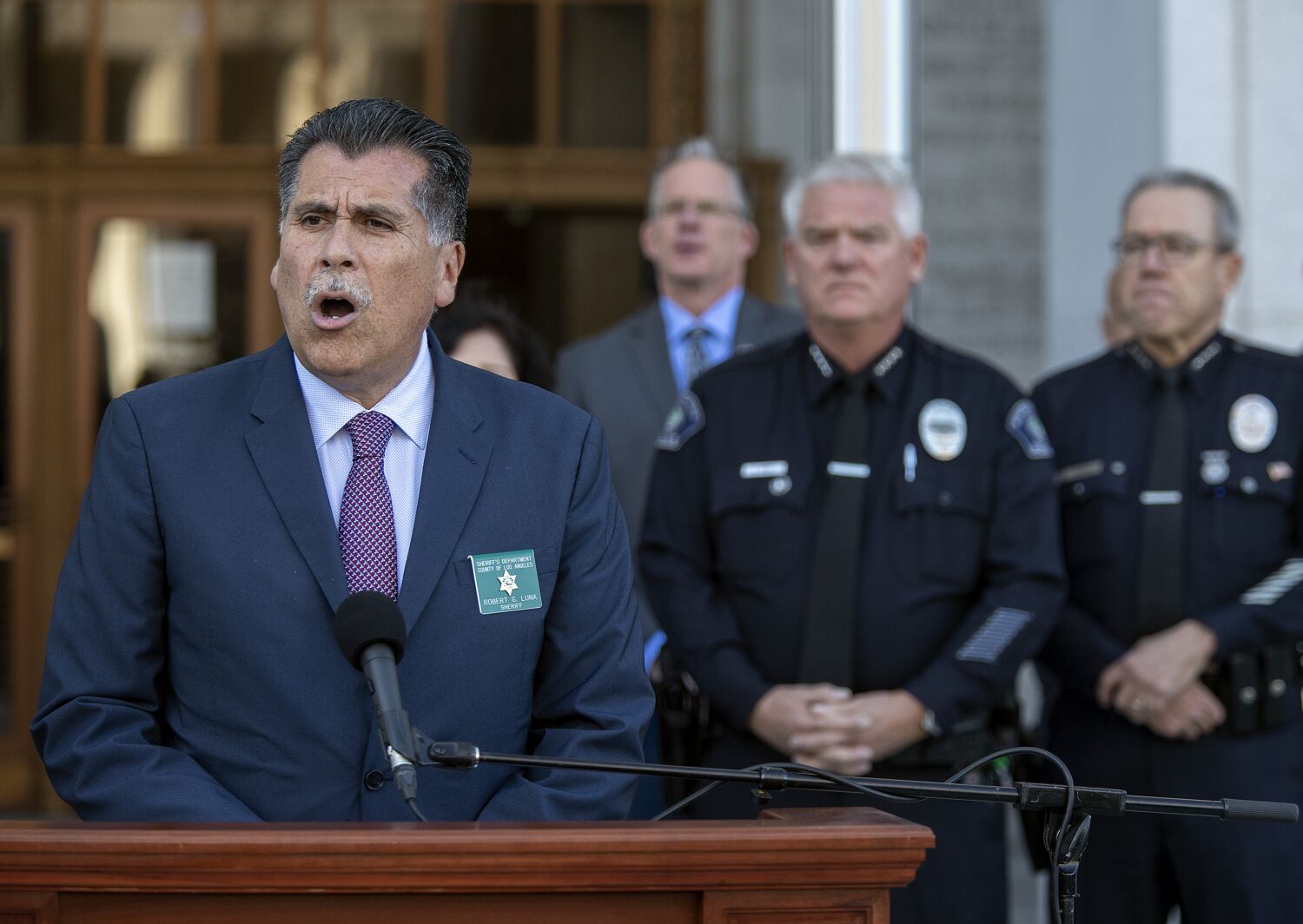 As the investigation into the Monterey Park mass shooting continues, police officials are facing scrutiny over how long it took them to notify the public that the gunman was still on the loose.

Instead, the death toll and the gunman’s escape in the chaos was revealed through government sources in other agencies and radio broadcasts.

Authorities say Tran opened fire inside Star Ballroom Dance Studio in Monterey Park about 10:20 p.m. Saturday, killing 11 and wounding nine other people. The first 911 calls were made about 10:22 p.m., and police arrived at the studio within four minutes.

About 20 minutes after the rampage in Monterey Park, the shooter walked into Lai Lai Ballroom & Studio in nearby Alhambra. Brandon Tsay, 26, confronted him in the studio’s lobby and wrested the semiautomatic MAC-10 assault weapon away from Tran before watching him flee in a white van.

The shooting — one of the worst in Los Angeles County history — unfolded on the eve of Lunar New Year, just hours after the streets in Monterey Park had been filled with thousands of revelers celebrating one of the largest holiday events in the region.

L.A. County Sheriff Robert Luna said during a news conference Monday that in the hours following the shooting, authorities were trying to weigh assisting victims, investigating the scene and apprehending the suspect.

“When we started putting out public information, the priority was to get this person into custody, so we were very strategic in the way we were putting out information,” he said. “Ultimately, it worked.”

At 2:48 a.m., the Los Angeles County Sheriff’s Information Bureau issued an advisory confirming fatalities and noting the suspect was a man. But the alert didn’t mention he was not in custody.

Horace Frank, a former assistant chief at the Los Angeles Police Department, said typically an agency’s first inclination would be to notify the public when a mass shooter is at large.

“It is a public safety issue,” he said. “The only time you don’t do that is when you can articulate specific reasons otherwise. You always err on the side of keeping the public informed.”

Frank, who oversaw counter-terrorism and tactical operations at LAPD, said in this case, “if there is a reason for delay, I cannot think of one.”

At 11:20 a.m. Sunday, sheriff’s officials issued a “special bulletin” seeking the public’s help identifying the suspect with photos of Tran from security camera footage and a warning that “he should be considered armed and dangerous.” Around the same time, police in Torrance located a white van that had been linked to the shootings.

Authorities later approached the van at a strip mall near Sepulveda and Hawthorne boulevards. Inside, they found Tran dead from a self-inflicted gunshot wound.

Travis Norton, who runs the After Action Review Team for the California Assn. of Tactical Officers, said the five-hour wait time was surprising, but without having all the facts of the case, it is hard to say why the Sheriff’s Department might not have notified the public.

“It is not usual to wait that long if they have a known suspect. However, there is always the possibility they have a good reason,” he said.

Norton, who is also a lieutenant with the Oceanside Police Department, added that it’s possible in a mass shooting situation with so many victims that the failure to notify the public could have been an “oversight.”

“These are rapidly unfolding events, even after the shooting stops. Dealing with multiple victims, crime scene processing, large number of witnesses, an active manhunt and all the other factors and dynamics at play make these events highly complex,” he said.

The Sheriff’s Department assess the investigation — as is typical — Luna said, to determine “what worked and specifically what didn’t work” in the early hours of the probe and in terms of putting out information.

Investigators continue to work to try to understand what pushed Tran to violence, focusing on his frequent attendance at the two dance studios and the possibility he was driven by jealousy or some other personal resentment, according to law enforcement sources.

Law enforcement sources also believe Tran was having unspecified emotional problems that had been getting worse in the weeks before the shooting.

Court documents and accounts from neighbors and friends offer a fragmented portrait of the gunman, a lonely, embittered man for whom dancing may have offered a rare reprieve from an otherwise empty life.

Before Tran moved to Hemet, he lived for many years in a small white stucco home in San Gabriel with bars over the doors and windows and an orange tree in the front yard.

Former neighbor Tony Castaneda, who lived next to Tran, recalled him being a quiet man. Castaneda and his brother referred to him as “Tango Andy,” a nickname associated with his dressing up in a suit on weekends to go out dancing.

But Castaneda also remembered a more disturbing incident about 14 or 15 years ago when sounds of anger coming from Tran’s home filled the quiet neighborhood.

“It was 3 a.m., and he had an altercation with a woman. I don’t know if it was physical or not, but he threw her out of the house, and as she was leaving, he threw a bunch of dishware at her out in the street. Created all kinds of noise and woke up the neighborhood,” Castaneda said.

A former friend of Tran, who was also his tenant for years and ended up suing him in 2014 when Tran refused to fully return his security deposit, described Tran as a loner who rarely had visitors and was typically alone except when he was dancing at Star or the Lai Lai Ballroom & Studio, where he drove after the shooting.

“I think his life was so miserable and desperate that he chose that day to end his life, and meanwhile, he wanted to get people he didn’t like or hated to go with him,” the man said.